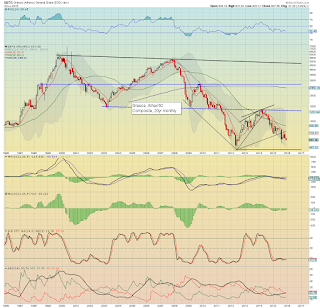 Greece remains a collapsed economy... only surviving due to the continuing (and relentlessly increasing) loans from the troika. The Athex fell almost 10% in November, and is already lower by another -4.3% in the first 4 trading days of December.

Until the debt is defaulted upon, the Euro dropped, and a return (for the first time since Plato?) to a balanced budget, Greece remains the economic gutter of Europe. Overly harsh? Maybe, but then... the Greek people have only themselves to blame for refusing to live within their means. 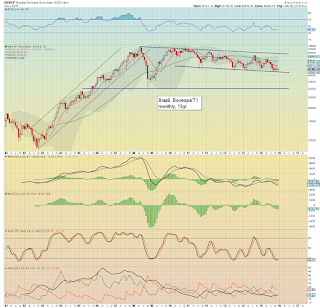 The Bovespa lost -1.6% in November, as price action is increasingly tight. For now.. core support is holding. First upside target is the 10MA of 49212.. and that is around 9% higher. 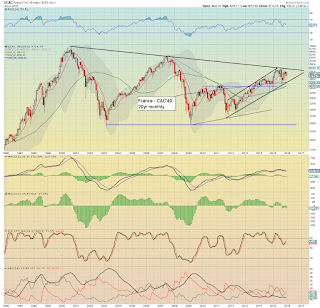 The CAC managed a gain of 1.2% in Nov', with a notable close above the monthly 10MA. Current price action is a little shaky though, and it will be VERY important for the equity bulls to see the CAC end the year above the 5000 threshold. 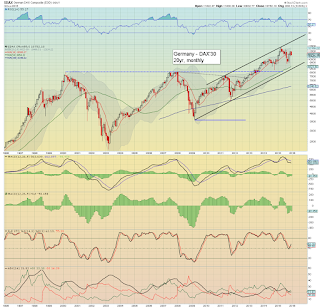 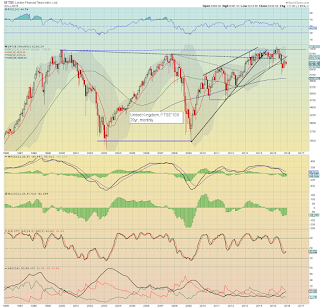 The FTSE saw a fractional Nov' decline of -0.1%, closing under the 10MA for the sixth consecutive month. Equity bulls need to see a break into the 6600s to give confidence that the Aug' lows are not going to be tested in early 2016. 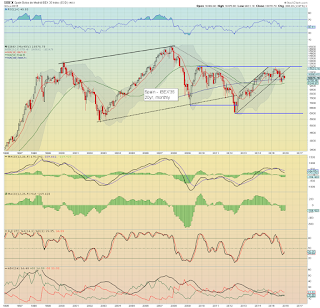 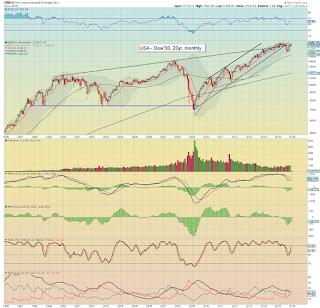 The mighty Dow saw a minor Nov' gain of 0.3%. With the Friday hyper-gain of 2.1% to 17847, first target is the 18K threshold. From there... a new historic high (>18351) before year end looks probable. Underlying MACD (green bar histogram) cycle remains negative for the tenth consecutive month, but is ticking upward. At the current rate of recovery, there will be a bullish cross in Feb/March. 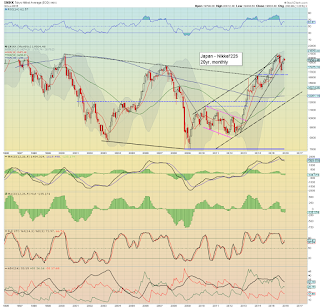 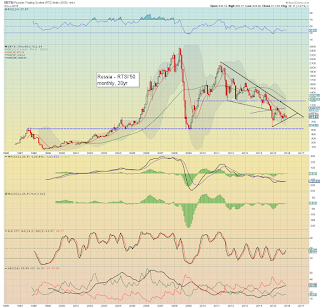 The Russian market saw a fractional gain of 0.6% in Nov', but remains broadly weak, pressured by weak oil/gas prices. Rising support is around 750.. if that is lost... there would be viable downside back to the 600/570 zone. 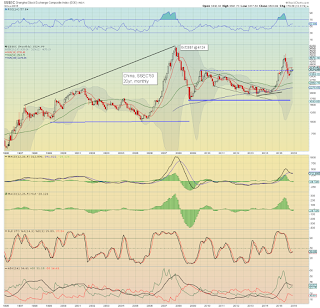 The China market saw some distinct upset into end month as the communist leadership launched another round of witch hunts against the 'malicious short sellers', this time.. those in the metals market. Even so, the Shanghai comp' saw a second consecutive net monthly gain of 1.9%.

It was indeed a rather mixed month for world equities. Not surprisingly, the USA, Germany, and Japan continue to remain the stronger indexes, with China battling to resume 'normal service' after the summer collapse wave.

Price structure in a fair few indexes - (especially the European ones) is still very bearish, with a viable multi-month bear flag, as prices continue to trade under the 10MA.

For now... unless the US, German, and Japanese markets see a Dec' or Jan'2016 monthly close back under the 10MA... the other indexes should also be able to claw higher.

A much lighter week is ahead....

--
Back on Monday.
Posted by Trading Sunset at 17:00:00
Email ThisBlogThis!Share to TwitterShare to FacebookShare to Pinterest

A rough week for Oil 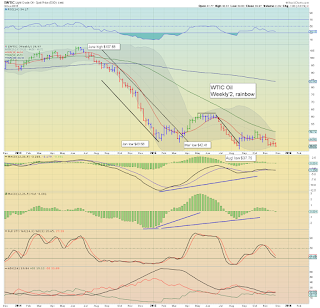 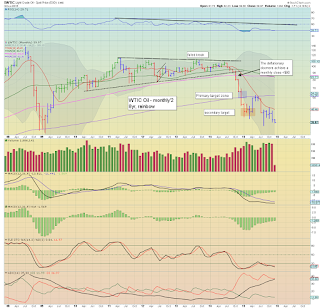 Suffice to say... as an organisation, OPEC appear extremely weak. Despite prices having collapsed from over $100 in summer 2014 to sub $40... the cartel are still not able to agree on restraining supply.

One thing is for sure, the US/world consumer are likely to benefit from low energy/fuel prices for the entirety of 2016.

.. by definition.. that is bullish for the broader economy.. and indeed... the market.

*the weekend post will be on the world monthly indexes.
Posted by Trading Sunset at 04:00:00
Email ThisBlogThis!Share to TwitterShare to FacebookShare to Pinterest 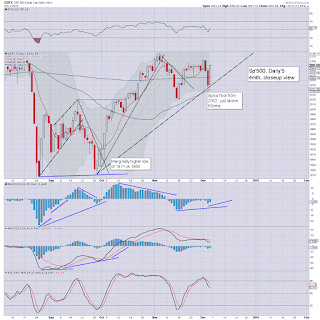 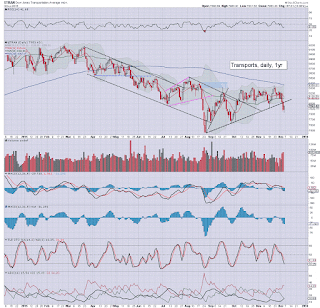 *The Transports broke a new cycle low of 7831, but did close rather bullish, with a clear spike-floor. First target remains the 200dma in the 8300s.
--