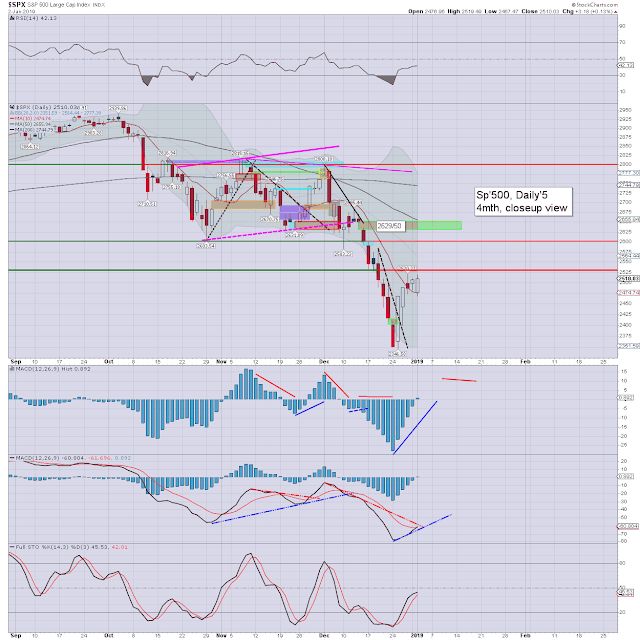 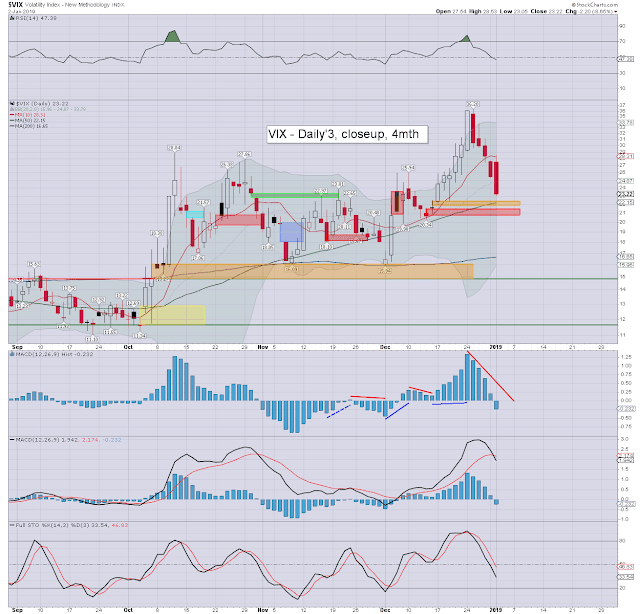 US equities opened on a significantly bearish note, although by late morning, most indexes had managed to turn fractionally negative.

Volatility saw a minor spike in early morning, but then resumed melt mode, settling in the low 23s. Support within the 21/20 zone.

In the early afternoon, it was reported that Trump deemed the December equity downside as '... we had a little glitch in the stock market last month...". So, the sp'2300s were just a little glitch huh? The obvious question is what will the US President call the sp'2200s? 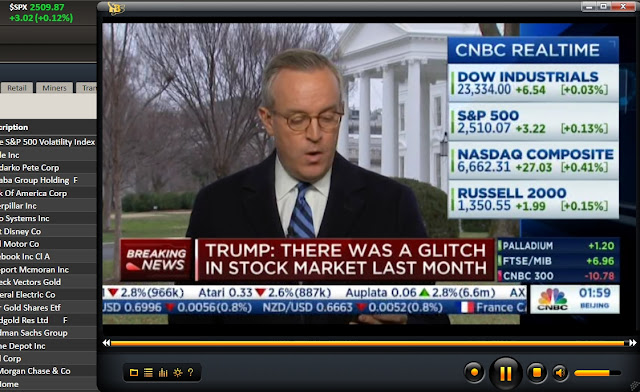 Even to yours truly, the ongoing equity chatter from the US President is becoming rather tedious, and appears increasingly desperate. It is clear that Trump can't cope with any degree of downside, and is actively trying to cheer-lead the market back upward.

-
Clearly, a US/China trade deal would really help, but other than sporadic Trump tweets, there is zero sign of any real progress towards such a deal. Perhaps we'll see some kind of limited deal in Feb/March? By then though... those sp'2200s appear likely to have already occurred.