Whilst equities continue their relentless QE-fuelled rise, the two big economic commodities - WTIC Oil, and Copper, remain very weak. Both are somewhat close to thresholds, which if broken, would portend for much lower levels next year. 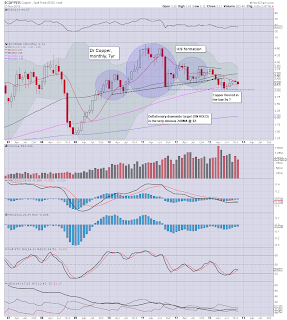 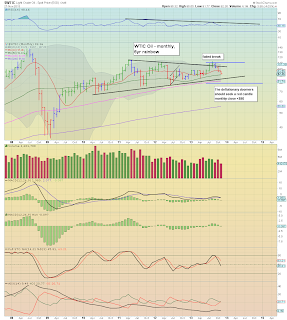 Suffice to say...it remains notable how equities just keep on rising, whilst the broader commodities keep on falling. It remains important to keep in mind..these lower prices are going to help the broader economy to a rather significant extent.

Certainly, one of own major concerns of the relentless QE was that of rising Oil prices. Yet..so far..for whatever reason, the hot money is just now flowing into the commodities pool. Eventually though..that will probably change.

The only thing due tomorrow is the Fed balance sheet and money supply data..but those are long after the market closes..and few care about those issues anyway.

We have a short Friday ahead. Market closes at 1pm, and considering recent price action, it will probably be a dull session for the main indexes, although no doubt some individual stocks will have some good action. I would especially look to AAPL for further upside..into the $550s.

If retail sales across this holiday period come in at least 'reasonable'..market will have yet another excuse to rally into year end.

Goodnight from London
Posted by Trading Sunset at 23:02:00
Email ThisBlogThis!Share to TwitterShare to FacebookShare to Pinterest

Bull maniacs giving thanks to the Bernanke

Another set of new index highs for US equities, and without question, the bull maniacs - who think everything is fine with the 'new economy', owe much of the last two years of gains (68%) to the Bernanke. It remains a wonder just what the Yellen monster will bring across 2014/15. 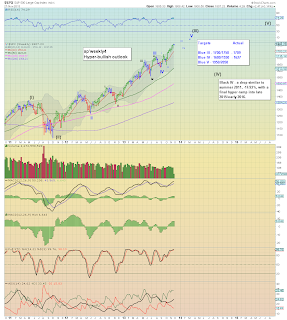 Things remain very much on track. General upside into end year, a probable moderate drop in late Jan/Feb, before a final lurch higher in late spring. A major drop next summer/autumn..sure would make for a damn change!

As I've been highlighting for much of this year, the Nikkei monthly chart is a critical one for equity bulls to monitor. First target is a monthly close in the 16000s, that now looks very likely for December..and will open the door to 17k in the spring (along with 17k Dow)...and eventually 20k in 2015. 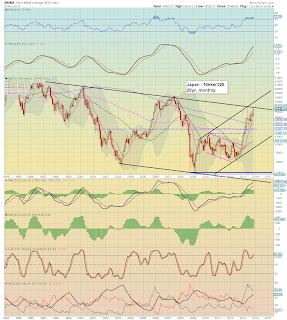 Just another 550pts to go, and that will be more than enough to clarify the TWO DECADE declining trend/resistance has been broken. That will be an extremely important milestone for global equities, and be a massive reminder of the underlying global up trend.

*I will cover the Nikkei and other world indexes in more depth, this coming weekend.
--

I'll deal with Friday, in a late evening Thursday post.

*I will probably post one or two things tomorrow, so..check in...between those heavy servings of QE, I mean..turkey.
-- 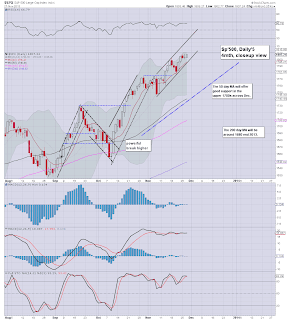 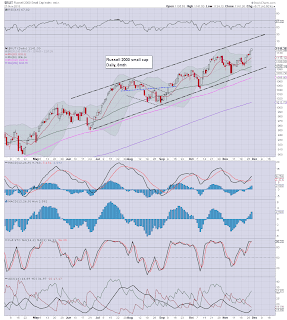 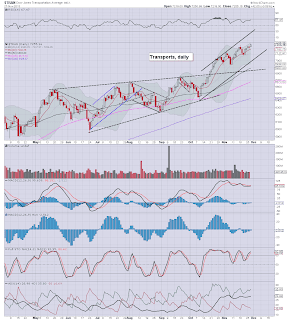 Yet another day for the equity bulls..and indeed, the bears simply lack any downside power.

Near term trend is only offering a 1.5/2.0% retracement at most..and even that looks difficult, not least with heavy QE-pomo next week.

I have to agree, more likely than not...upside into early December, the very heavy amount of QE-fuel will no doubt really help.