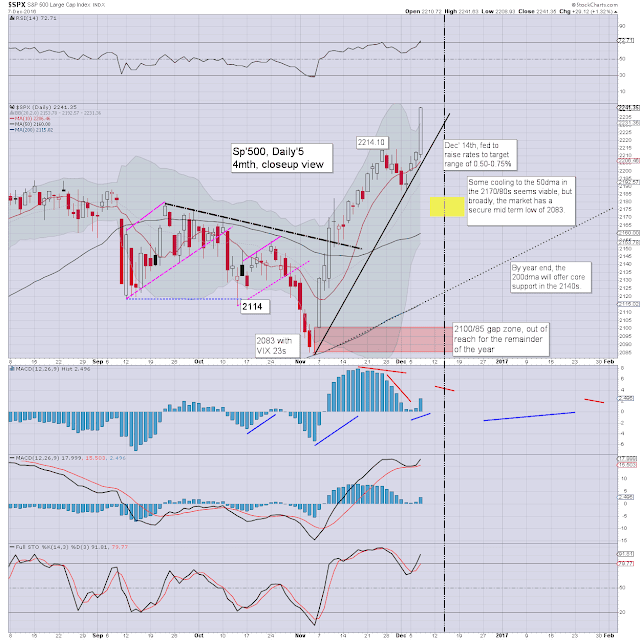 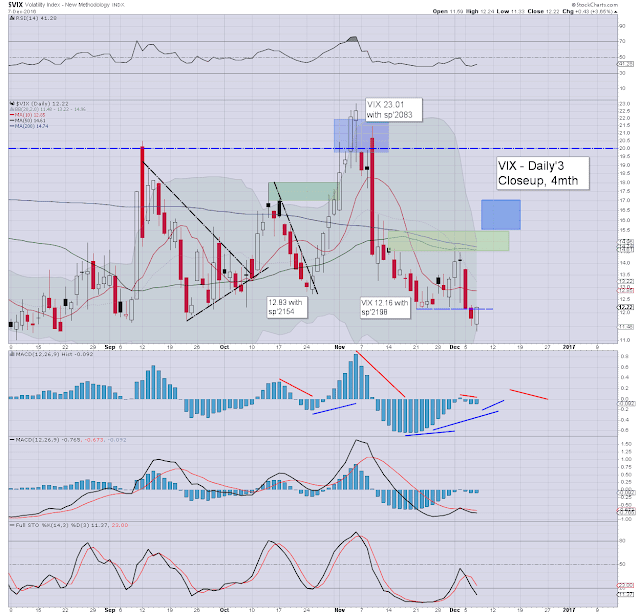 Well, today was particularly bizarre. The market opened with very minor mixed chop, a touch of weakness to sp'2208, but then grinding higher, and accelerating into the afternoon.

We saw a quartet of new historic highs: dow, sp, R2K, and most notable... Transports.

VIX naturally broke a new cycle low of 11.33, the lowest level since August. However, there was a distinct divergence to equities, with the VIX closing in the 12s. The 14s are within range before the weekend, with 15/16s more viable early next week. 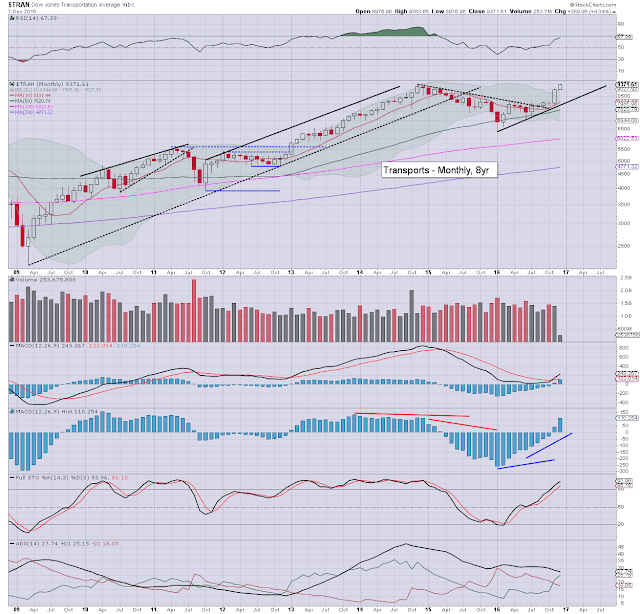 With a new historic high of 9383, it was a particularly strong day for the 'old leader'. Its notable the upper bollinger is still around 9000, and its difficult to see the tranny keep on pushing in the near term. In any case... 10k seems a given into spring 2017.