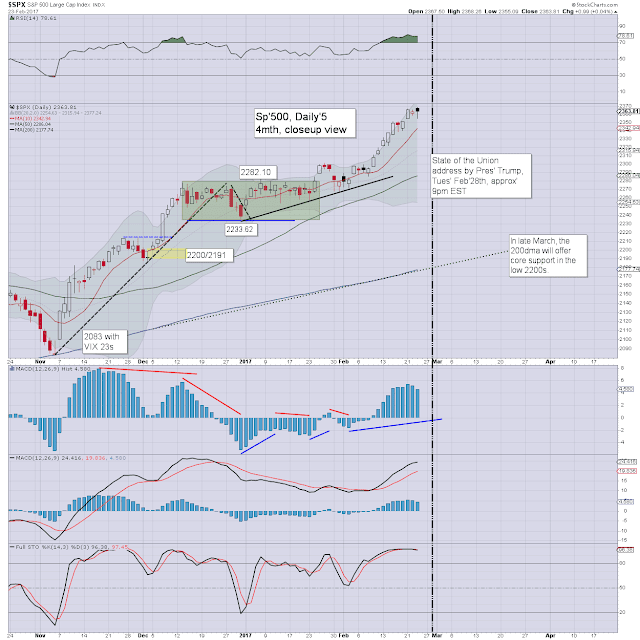 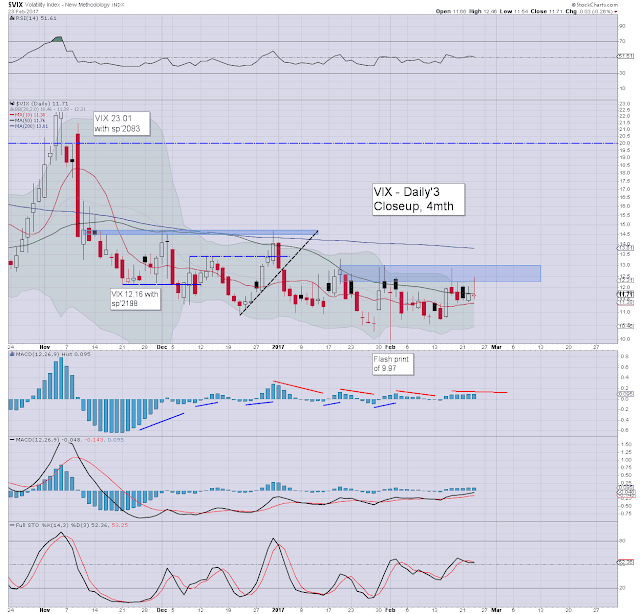 It was another day for the equity bulls, as despite some notable weakness in the Trans and R2K, the Dow and sp'500 broke new historic highs. For now, there is still zero reason to expect any threat of a short term top until the latter half of next week.. aka... March!
--


No teens this month

As things are, we've still not even seen the low teens this month. The last time that happened was June 2014. 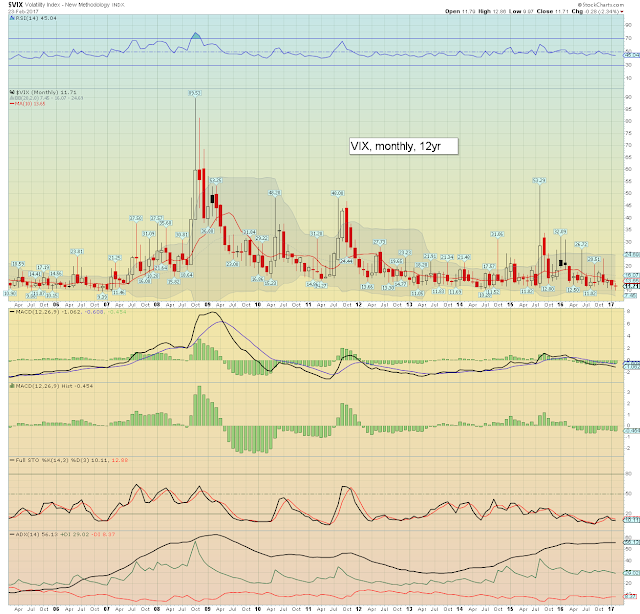 For the moment, there is absolutely zero sign of the post election equity hyper-ramp maxing out. By default.. until the market stops going up, the VIX is going to remain extremely subdued.