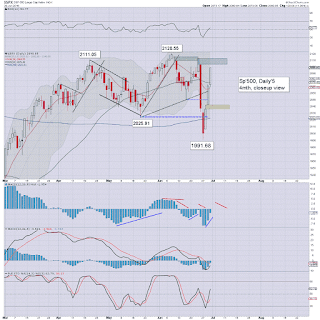 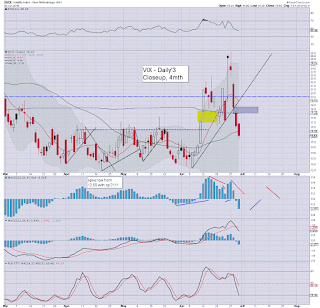 So, June concludes with three consecutive days of significant upside, with the sp'500 swinging 107pts (5.4%), and the VIX imploding from the 26s to the 15s.

Frankly, its truly bizarre.. considering that nothing has changed since Monday afternoon. A bounce was due.. but not of this size.

Of particular note today, was the Bank of England's Carney, who threatened a rate cut and renewed QE, to help protect the UK economy/market from the BREXIT result.

It is indeed the case that the central bankers can't even cope with a 5-10% market decline, without issuing more threats of monetary easing. It is a sign of weakness.... not strength.

--
Notable highlights for the sp'500, Transports, and UK FTSE 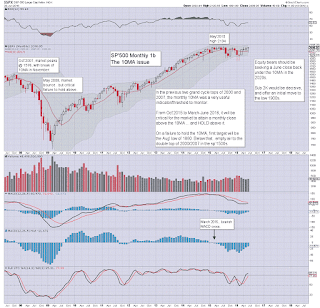 A net monthly gain of just 1.9pts (0.1%) @ 2098, but a full 67pts above the key 10MA. Certainly, it sure isn't a bearish monthly close, but neither is it any more bullish than the previous two months of moderate chop. 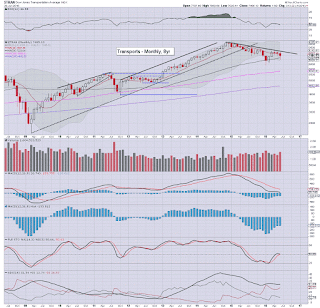 Not all US indexes ended the month net higher, with the 'old leader' - Transports, closing lower for a third consecutive month, and a touch below the 10MA. Those equity bulls who believe the US and broader world equity market is set to break up and away, should be seeking a July/Aug' close >8k. 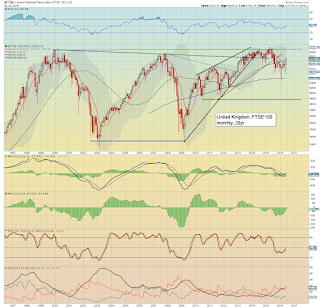 With Carney issuing threats, the UK market soared into the June close, settling +4.4% @ 6504 - the highest monthly close since Aug'2015. The June candle is the most bullish since Oct'1998, where the FTSE then climbed for a further six months.

Those equity bears holding to the view of broader weakness this summer - and into the autumn, really need to spend a good hour or two staring at the above chart.

Finally, it is highly notable that at tomorrow's July open, the underlying MACD (green bar histogram) is set to turn positive for the first time since May 2014, and neither is that something the bears should dismiss lightly.