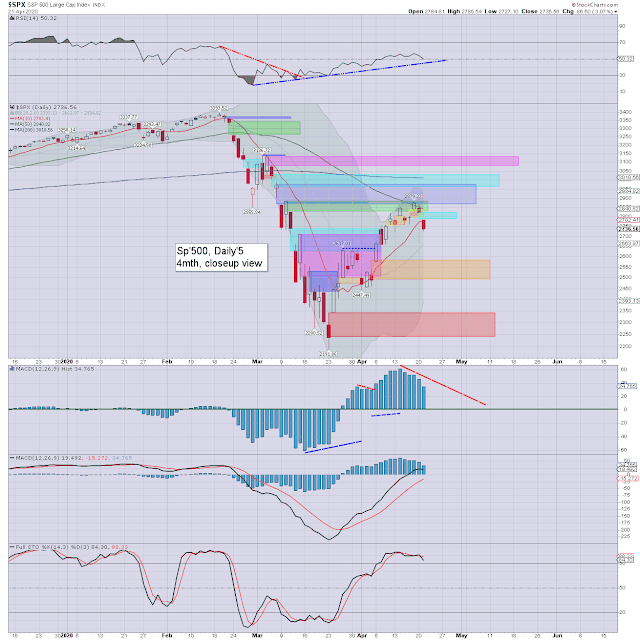 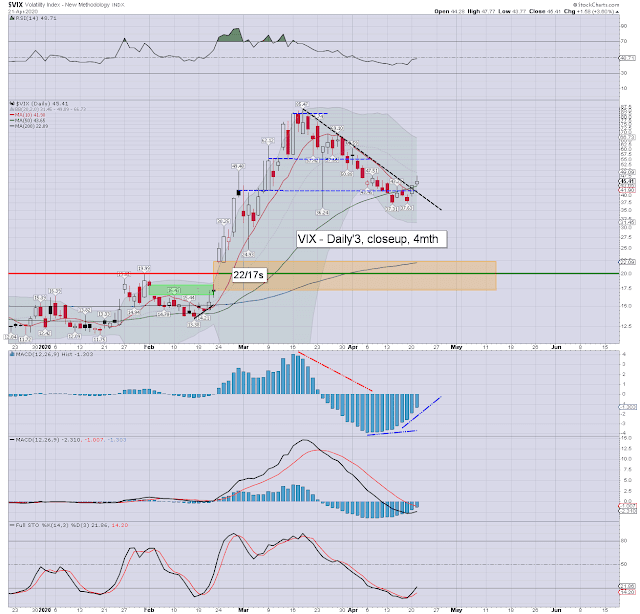 US equities opened very significantly lower, pressured by other world markets, and ongoing turmoil within the oil market.

It would seem the US Govt' will also bailout the energy sector, at least to some extent. I'd still expect some of the mid/small tier listed names to disappear, such as NBR, DO, CHK, and probably.. RIG.

The afternoon saw considerable chop, leaning rather weak.
Volatility picked up, the VIX settling +3.6% at 45.41.

In Monday evening's Corona press conf', the US President blamed the collapse in WTIC on the commodity bears. 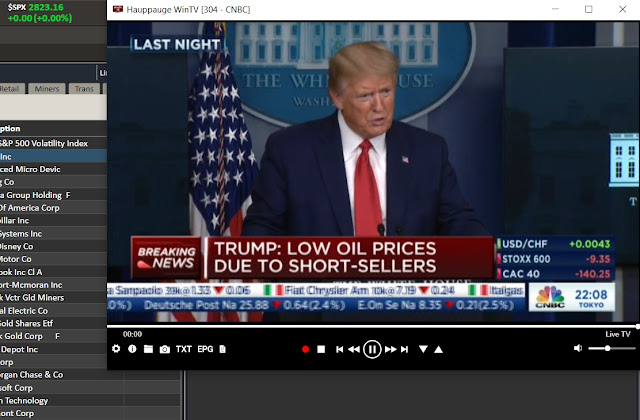 It has long been the case that Trump has taken issue with those on the short side. Even as early as the election rallies in 2016, Trump would occasionally take a few swipes at anyone 'bearish USA'.

I can kinda understand Trump trying to place blame, but it sure as hell doesn't lay with those shorting oil or the related energy stocks. The reality is that almost all of the US energy sector has been operating at a sustained loss for many years. All that talk about the successful US shale/fracking industry is one giant LIE.

I expect more such 'blame the bears' talk from Trump in the weeks and months ahead. They are an easy target, and some in the mainstream will gladly play along with that notion, rather than face the reality that the US energy sector simply isn't competitive to the rest of the world.
--