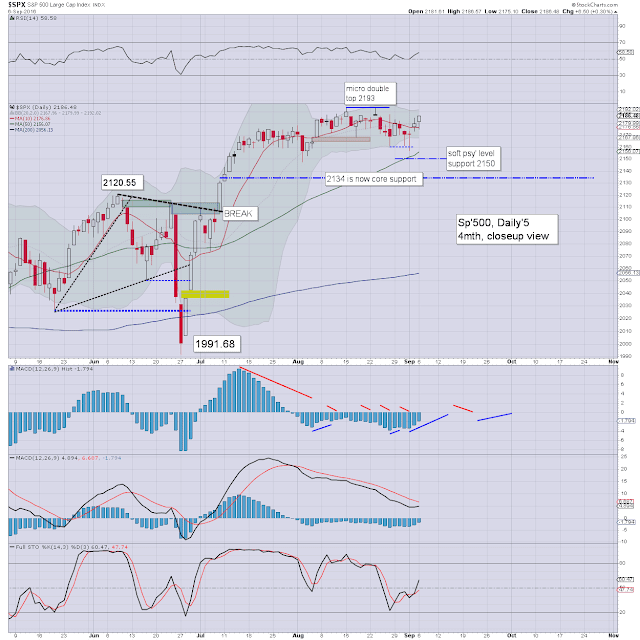 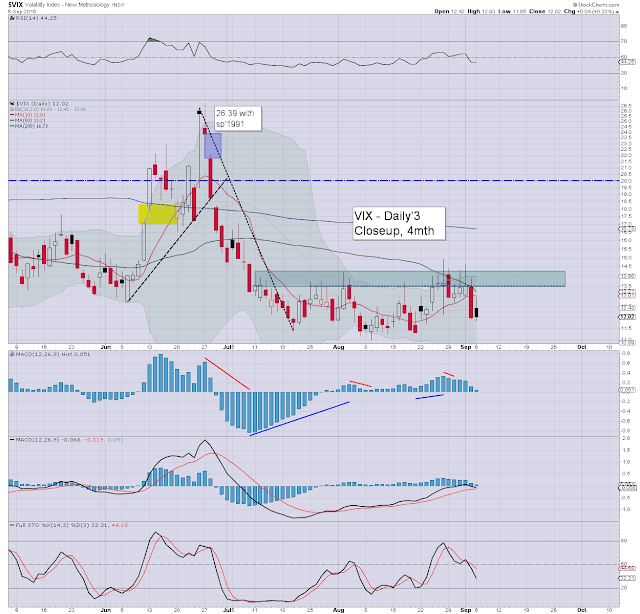 A pretty subdued start to the short week, after the holiday break.

Over-looked by almost everyone - the Nasdaq comp', which broke a new historic high (if fractional) of 5275.91 in the closing minutes.

VIX remains broadly subdued, with the key 20 threshold now looking out of range until at least mid October.
--

Since the USD hit the giant psy' level of DXY 100 in March 2015, King dollar has been choppy. The secondary attempt in Nov'2015 to clear 100, resulted in a clear double top. It was no surprise to see some renewed downside to 91.88 this past May. 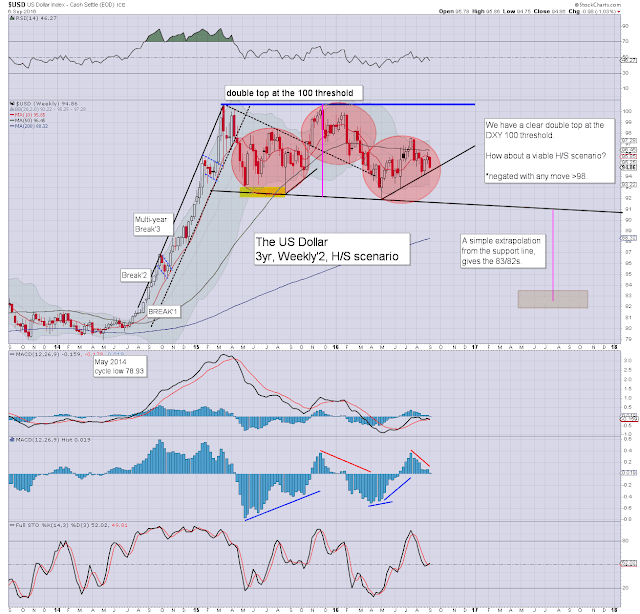 Short-term rising trend is currently offering support in the low 94s. Any break into the 93s would bode for the 91s before year end.

For those equity bulls seeking vastly higher levels (as in >sp'2500 in 2017/18), it will be important for the USD to remain under the DXY 100 threshold. Its difficult to imagine a major USD breakout >100, with equities still rising. Its not impossible to have rising equities with a strengthening currency, but it sure would put a significant downward pressure on most dollar denominated asset classes.

The US Fed certainly want to keep the USD <100. At the same time, they want to normalise rates before the next recession. Perhaps if DXY 92s in Nov/Dec', the Fed can raise before year end?

Anyway... the above scenario is just something that I wanted to 'throw out there'.