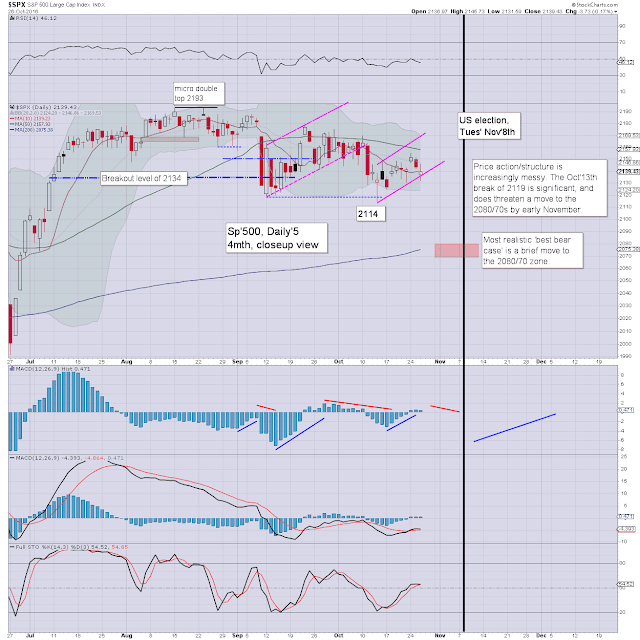 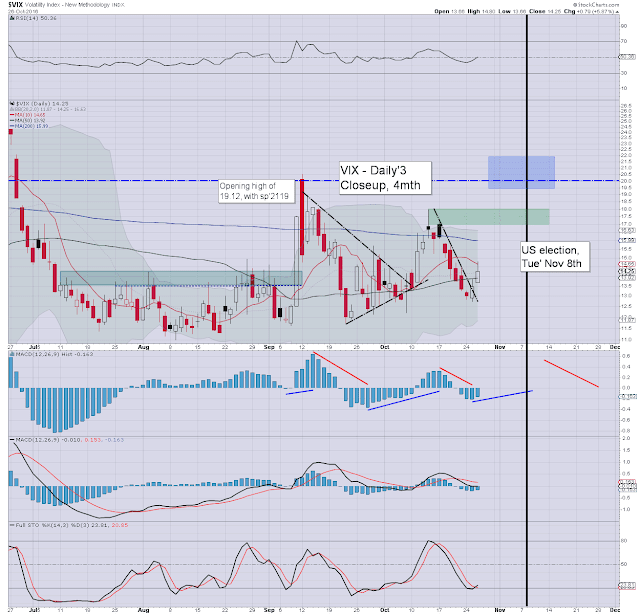 The market opened moderately lower, but cyclically, it was always going to be the case that the bears were liable to see the market reverse back upward.

It would still seem that Mr Market wants to wash out another tranche of short-stops, at multiple aspects of resistance - around sp'2160, before seeing some significant weakness into early November.
-- 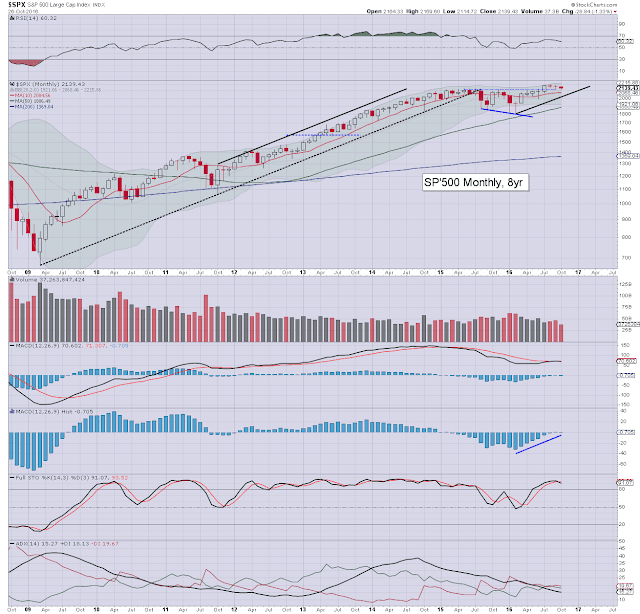 The sp'500 is currently set for a third consecutive net monthly decline. That sure ain't bullish, but neither is ongoing price action significantly bearish.On balance, a weak first half of November.. but then climbing into end month, even as the Fed' are set to raise rates at the FOMC of Dec'14th.

The real question is.... does a interest rate target range of 50-75bps merit as 'full emergency'... or only 'semi-emergency' ?