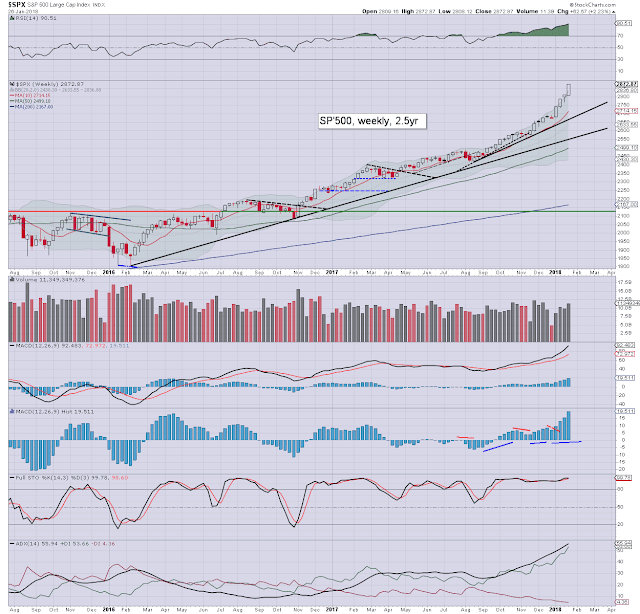 Best guess: continued upside to the 2950/3047 zone, where there will be multiple key aspects of resistance. A correction of 5% is clearly overdue, before resuming upward. The year end target of 3245 is on track.

Equity bears have nothing to tout unless a bearish monthly close. For me, that would equate to a monthly close under the key monthly 10MA. That currently stands at 2545, and is rising around 50pts a month. So, at the June 1'st open, key support will be around 2800. I do not expect any such bearish monthly closes this year.
-- 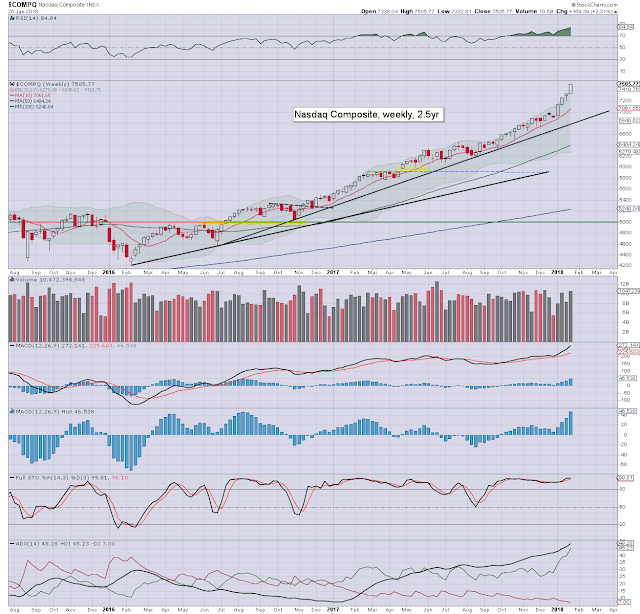 The tech gained a powerful 2.3%, breaking a new historic high of 7505. The 8000s are clearly viable by mid year, with the 9000s for year end. Earnings from Intel were superb, and give m/t confidence. 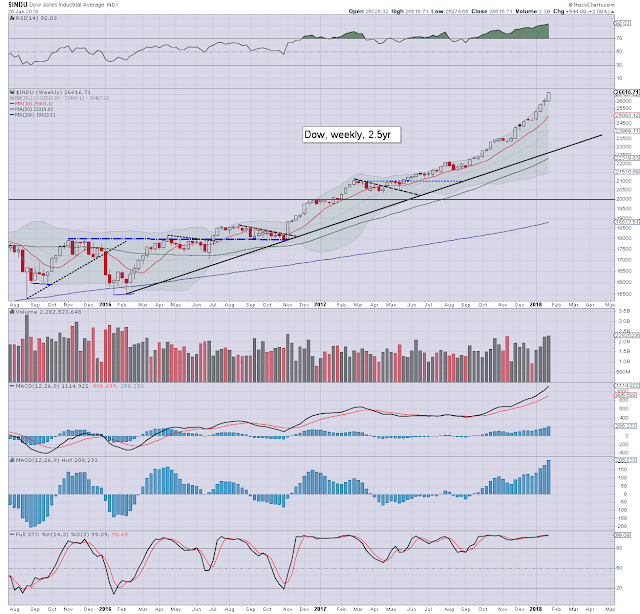 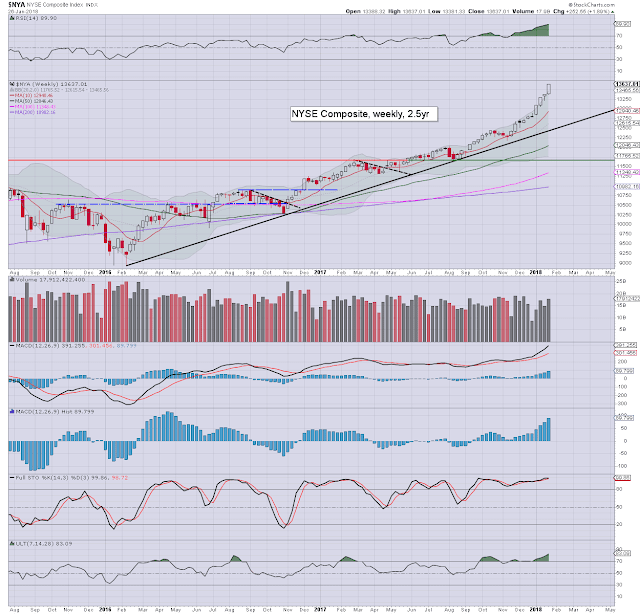 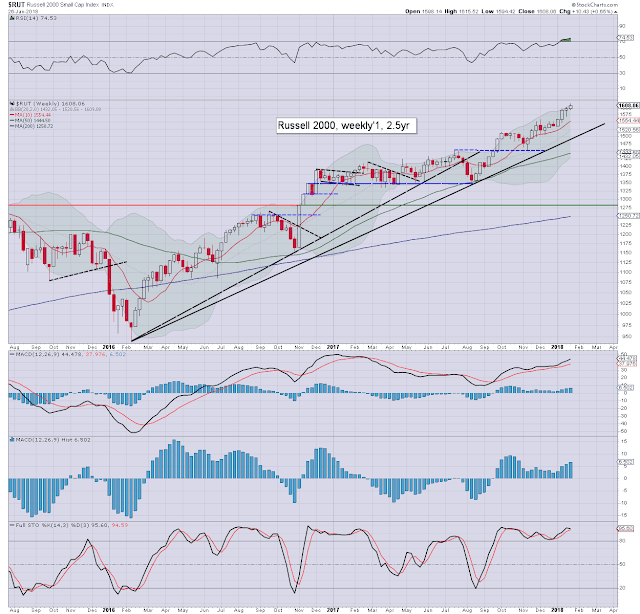 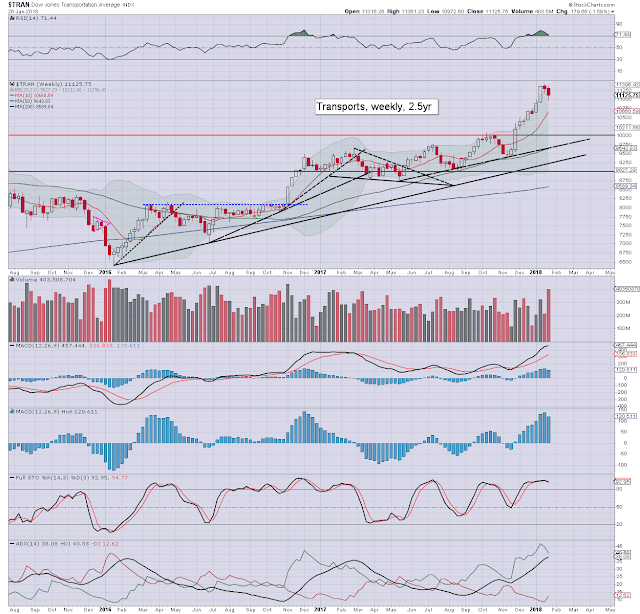 The 'old leader' struggled, settling lower for a second week, -1.6% at 11125. The airlines were hit hard this week on chatter that a price war via higher capacity is likely. Sustained higher oil/fuel prices are clearly not helping either. On balance though, recent cooling is arguably to be seen as sporadic, much like last Oct'/Nov.
--

Five of the six main indexes broke new historic highs, only the Transports missed out.

Relative strength and price momentum in some indexes is the highest since (at least) 1980.

Other than the Transports, there is no sign of a key m/t top, that would threaten even a relatively moderate 5% correction.

Barely one full month of the year, and the Nasdaq comp' is net higher by a powerful 8.7%. The Dow is +7.7, with the sp' +7.4%. The Transports has notably swung from a leader to a laggard, mostly a result of the (unjustified) smack down in the airline stocks.
--

As well as further earnings...

9pm EST: Pres' Trump will give the State of the Union address to a joint session of congress. No doubt, Trump will refer to the hyper strong equity market, and how 'all your 401ks make your seem like financial experts'. I would look for some talk about an infrastructure bill. That would likely offer a major boost to certain materials and construction stocks at the Wednesday open.

The FOMC will issue an press release at 2pm. No rate hike/policy change can be expected. There will not be a press' conf.

*the only fed official schedule is Williams on Fri, but it will be of no relevance.
--

*the next post on this page will likely appear 6pm EST on Monday.