The indexes opened moderately higher, but the VIX dropped heavily, and stayed low across the day. Surprisingly, the VIX was relatively unmoved by the FOMC & Bernanke comments. The VIX closed -12% @ 12.67. Near term trend looks weak, 11s still look (briefly) viable. 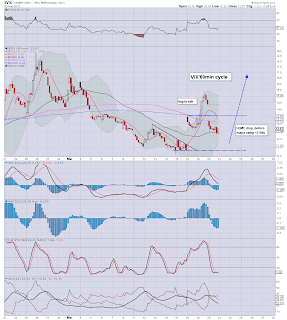 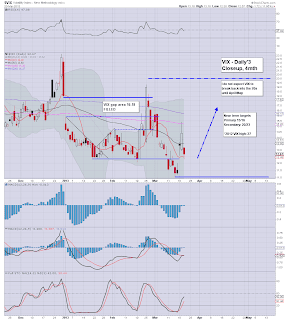 We've back in the 12s, and I'd have to expect at least 'some' follow through to the downside early Thursday.

The indexes closed with moderate gains of 0.4-0.75%. With the VIX closing around 13% lower, the bulls remain in control. Oil closed comfortably higher, whilst the precious metals continue to fail to participate in the broader rally, Gold and Silver both closed around 0.4% lower. 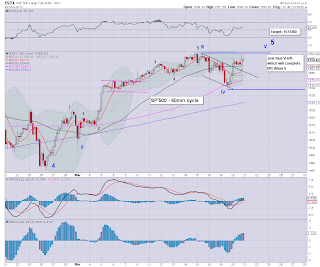 Well, that's another Fed day done with. Certainly, we didn't get any of the usual crazy price swings.

What was notable was the utter failure of the precious metals to rally - even though the smaller 15/60min cycles were primed for upside. It doesn't bode well for April/May!
-

I think there is a fair chance of some good follow through to the upside at the Thursday open. sp'1570s are still viable in the current cycle.

--
The usual bits and pieces across the evening.
Posted by Trading Sunset at 20:00:00
Email ThisBlogThis!Share to TwitterShare to FacebookShare to Pinterest

There is no question that the algo-bots will be wanting to trigger as many of the bears short-stops as possible. A break >sp'1563 could trigger a cascade higher, with sp'1570s by the close. The VIX is 14% lower, and in real danger of closing in the 11s. 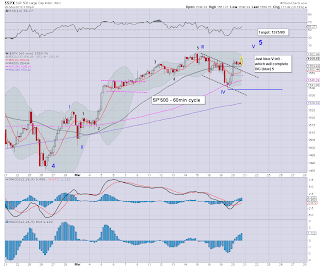 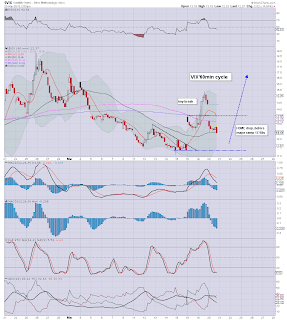 Market is just a few points from breaking the recent 1563 high...I'm guessing it WILL be broken above.
--

Oil has battled back higher as expected. Its somewhat frustrating to see gains I 'could have had', but trading on Fed days..fraught with instability.
--

--
back after the close
Posted by Trading Sunset at 18:52:00
Email ThisBlogThis!Share to TwitterShare to FacebookShare to Pinterest

FOMC announcement is imminent..so lets see how high the market might want to spike. There will probably be some wild swings..both directions in this hour. In particular, Oil and the metals look very vulnerable to cascading upward. Get strapped in! 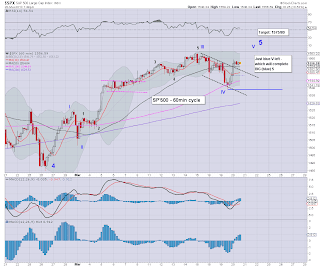 The hourly chart is offering a baby bull flag.

Immediate upside is the upper bollinger band of 1563.

keep an eye on the precious metals and Oil. I think both have potential for major spikes higher into the close and early tomorrow

*I was indeed sorely tempted by Oil - (now rising)..but its a fed day...so..no trades today.

Check out Silver..which flashed down earlier.. 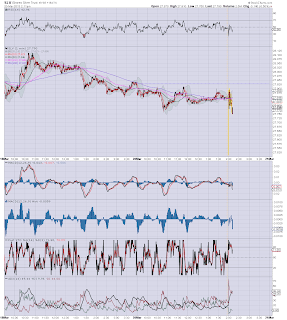 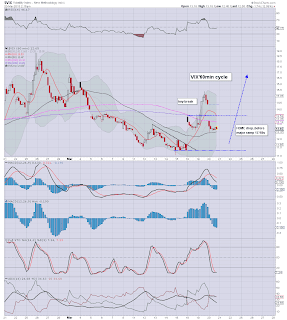 algo-bots wanna trigger those bear short-stops >sp'1563 !
Posted by Trading Sunset at 17:53:00
Email ThisBlogThis!Share to TwitterShare to FacebookShare to Pinterest

The indexes are comfortably holding moderate gains, and there is no reason why we won't at least (briefly) spike above the recent sp'1563 high. A close in the 1570s is very feasible, with VIX back in the low 12s/11s. USD remains lower, metals and Oil look to have floored. 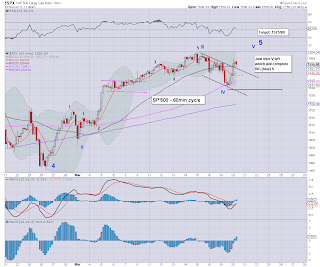 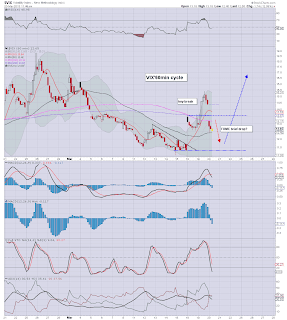 Everything looks on track.

Its impossible to predict  how we will close..but I'm pretty confident we'll see at least a 'stupid' spike/ramp higher..taking out all the bear short-stops @1563.

Whether we then see a fierce reversal into the close, I don't know.
--

*I am sorely tempted to re-long USO. Hmm 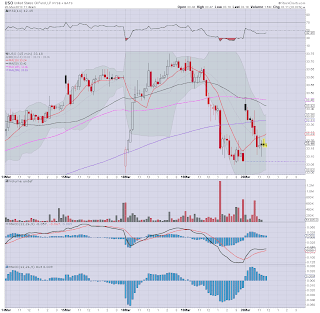 
back at 2pm
Posted by Trading Sunset at 15:50:00
Email ThisBlogThis!Share to TwitterShare to FacebookShare to Pinterest

The main indexes are largely holding their opening gains. With the VIX -11%, the bulls look set for some significant gains by the close, with the sp'1570s still viable. Despite the weaker USD, metals are weak, and Oil has lost most of its opening gains. 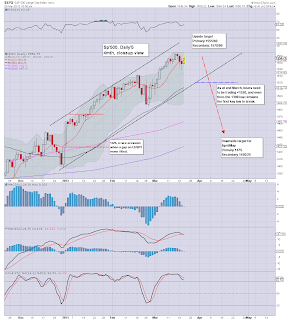 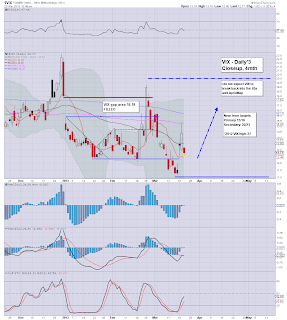 So..the indexes are higher, and the VIX is back in the 12s.

One thing the bears should look for across the next 5-10 trading hours....a higher high for the indexes, but the VIX not breaking a new low.
--

I am kinda curious about re-entering Oil, its almost back to where i went long yesterday. Hmm 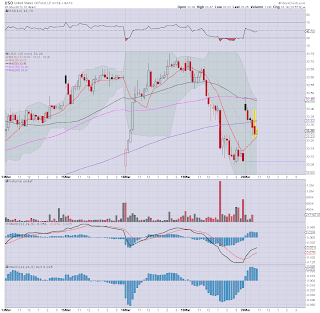 MACD cycle is way too high though...there is no hurry on that trade.

back at 12pm
Posted by Trading Sunset at 14:52:00
Email ThisBlogThis!Share to TwitterShare to FacebookShare to Pinterest

Good morning. The main indexes are moderately higher. VIX is noticeably lower, -11% in the 12s. USD is somewhat lower. Oil jumps higher at the open, with the metals still looking a little weak. 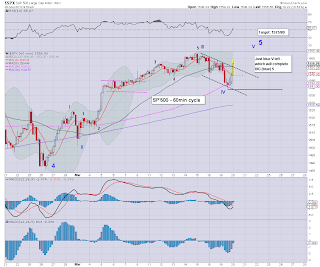 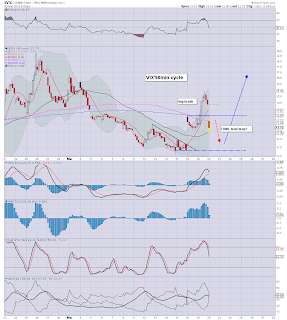 Things are looking on track.

If this mornings opening gains hold..and build across the day, then the bulls should have a fair chance at spiking into the sp'1570s by the close/early Thursday.

At that level, I'll be seeking to take significant index shorts/long VIX.
--

The QE will surely continue

The market - and mainstream media, has been strangely concerned that QE will end 'sometime soon'. It seems very likely that the FOMC announcement tomorrow will reaffirm that the Fed will continue to throw 85bn a month at the financial markets for many months..if not.. years to come. 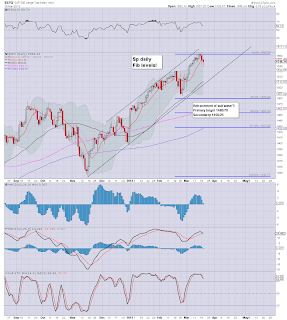 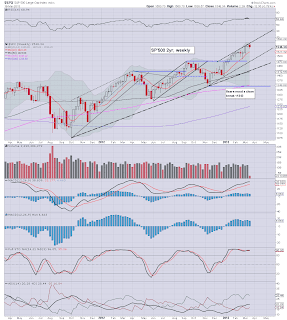 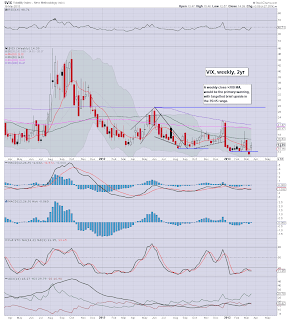 Near term price action remains a bit choppy. I still think there is a fair possibility of putting in one final marginally higher high. The sp'1580s now seem out of range, but the 1570s look viable on a crazy 'QE inspired' spike.

VIX weekly chart is set up very nicely for the doomer bears. First primary target would be the 200 weekly MA @ VIX 20/21. A weekly close above that level would bode for 30/40s, but I don't expect that for months..if at all this year.


Looking ahead to the 'Fed day'

Wednesday afternoon will indeed be a major market event.

The Fed will issue their primary press release on interest rates/policy @ 2pm. There will also be an economic outlook report, and (I believe) the Ben Bernanke will appear to do one of his periodic press conferences around 2.15pm.

I think its fair to assume the Fed will be looking to placate the markets mild concern that QE might actually end this year.

If the Bernanke can convince the market that QE will continue into 2014, then we have a very significant chance of seeing the indexes jump into the 1560s..even the 1570s by the close. That would make for a nice cyclical peak.
--

In terms of price action, trying to trade Wednesday is arguably a major 'no no'.

*I'm holding a small block of USO (long Oil), seeking an exit early Wednesday, and aim to then sit back, and see how the market trades..I do not intend to take any major new positions.

On any basis, I think the more conservative bears should be looking to re-short the indexes/long VIX no earlier than Thursday morning, after the FOMC induced price swings are out of the way.

Fed days are pretty dynamic and exciting, so updates will be even more frequent tomorrow. Be sure to check in often!

The main indexes failed to hold opening gains, and we saw some moderate declines by late morning. Yet the usual latter day recovery did appear, and the main indexes closed with only very minor declines of around 0.2%. Near term trend looks weak. 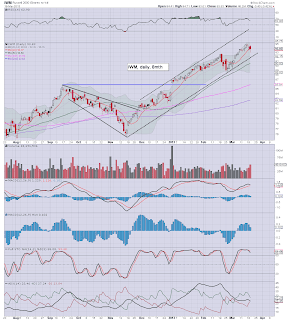 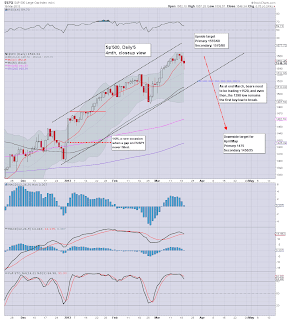 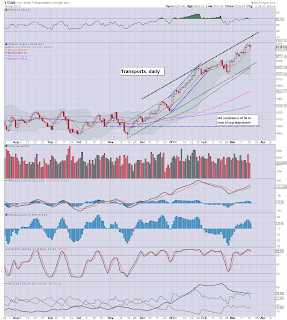 Today was a lot more volatile than I had expected. No doubt, a lot of it was due to the ongoing developments - or should that be 'Cypriot tragedy?', but there is clearly some underlying weakness on top of that.

Key rising support - by end of March, is sp'1520. I'd certainly guess we'll break that lower channel within the early part of April, which should open up the primary target of the 1470s.

--
The weekly charts are looking increasingly weak, and even if we close this week with just these moderate declines, it'd be the first real warning of downside trouble for April/May.