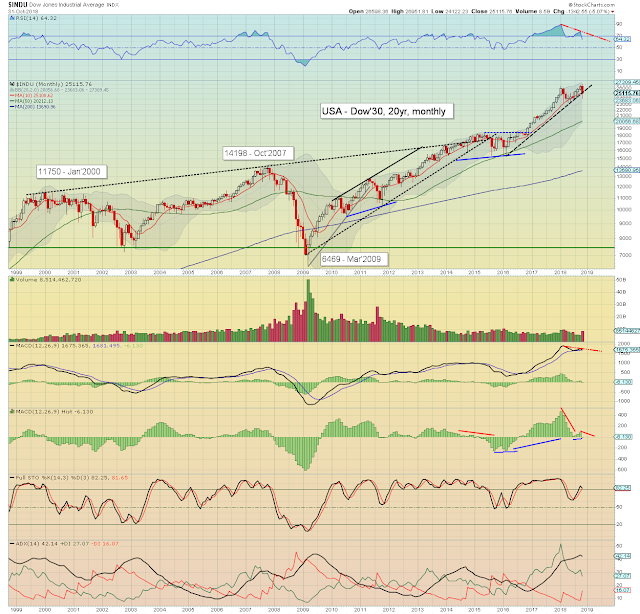 Note the RSI, which saw a peak in January, and a lower cycle high in September. This is a monstrous divergence, as the Dow broke a new historic high in early October. Some were warning of this divergence - as early as late January. The fact that its happened, with October seeing a great many trend breaks and higher volatility does merit alarm bells.

First big support is the February low of 23360. After that, its empty air to the lower bollinger, around psy'20K. That would directly equate to the mid/low sp'2300s.
-- 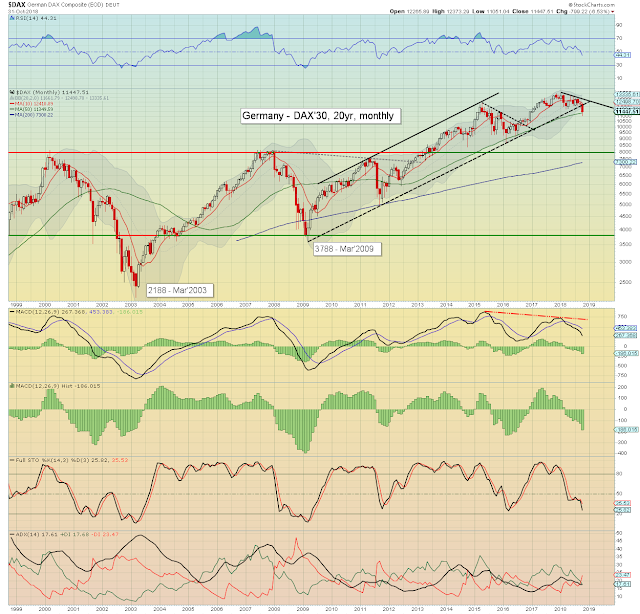 The economic powerhouse of the EU - Germany, saw the DAX cool for a third consecutive month, settling -799pts (6.5%) to 11447. October was the third monthly close under the key 10MA. The Oct' settlement was full confirmation of the fractional and brief break of long term trend seen in September. First support at psy'10k, and then 8k - the double top of 2007/2000.

NIRP via the ECB continues to harm the EU financials. Deutsche Bank (DB), aka... the ticking time bomb of derivatives, does indeed remain a systemic risk to the wider EU. Mr Market hasn't ground the stock to a new historic low in the $9s, for no good reason.
-- 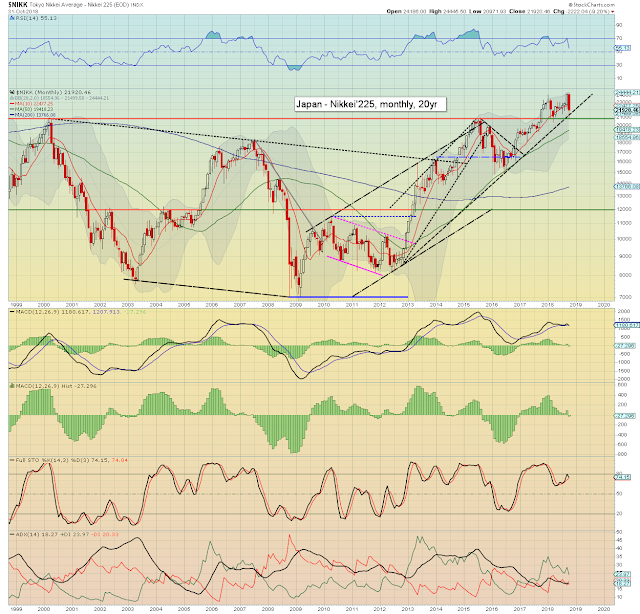 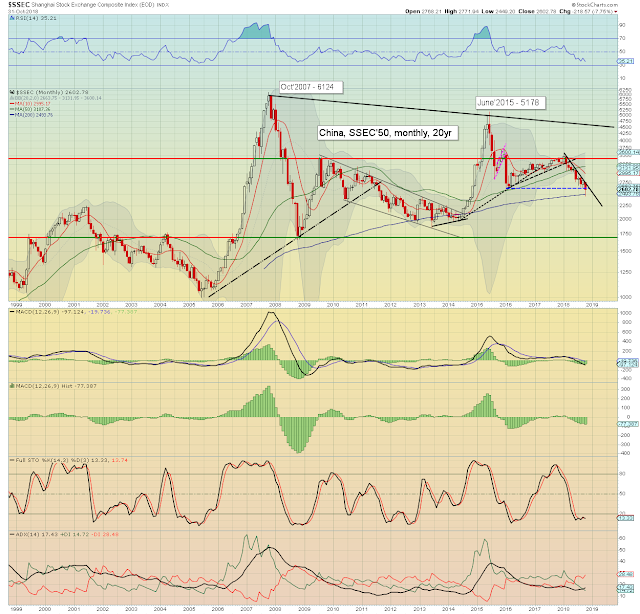 The Chinese market settled lower for the 6th month of the year, -218pts (7.7%) to 2602. An intra low of 2449, was the lowest since Nov'2014. The m/t downward trend from January remains very consistent. Next support is not until psy'2K. I will merely ask once again, do you not consider that the communist leadership are more than happy to see the capitalists speculators lose money... even those within their own borders? 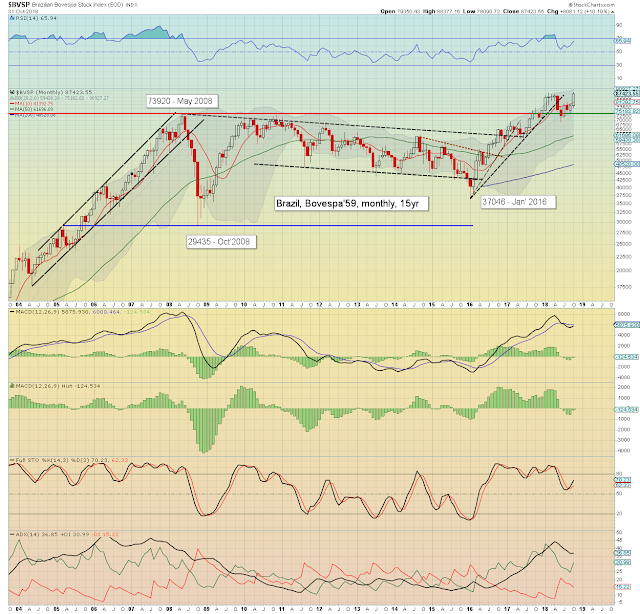 The Brazilian market was the exception this October, breaking a new historic high of 88377, and settling +8081pts (10.2%) at 87423. The market is seeing a post election ramp. As of Nov'1st, price momentum has turned fractionally positive. I merely wonder how long it will take Bolsonaro to turn Brazil into Venezuela. Or is that being overly pessimistic? 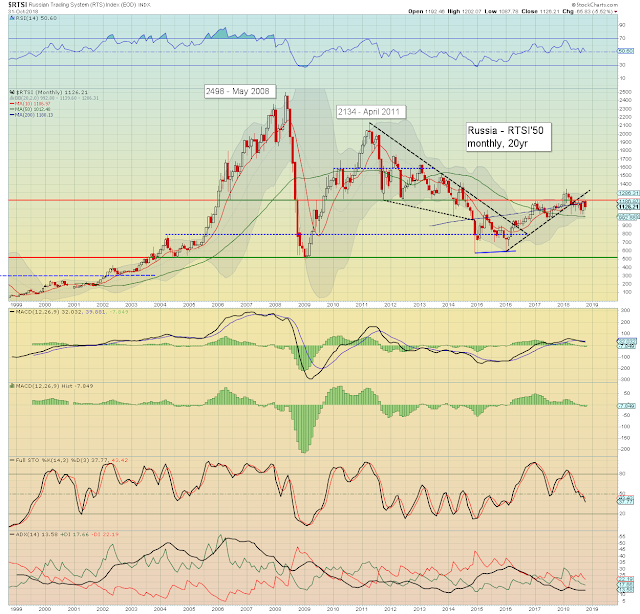 Russian equities swung from 1202, settling -65pts (5.5%) to 1126. The key price threshold of 1200 remains major resistance. Weaker oil/commodity prices are not helping. Things would turn very bearish with a monthly close under 1000. 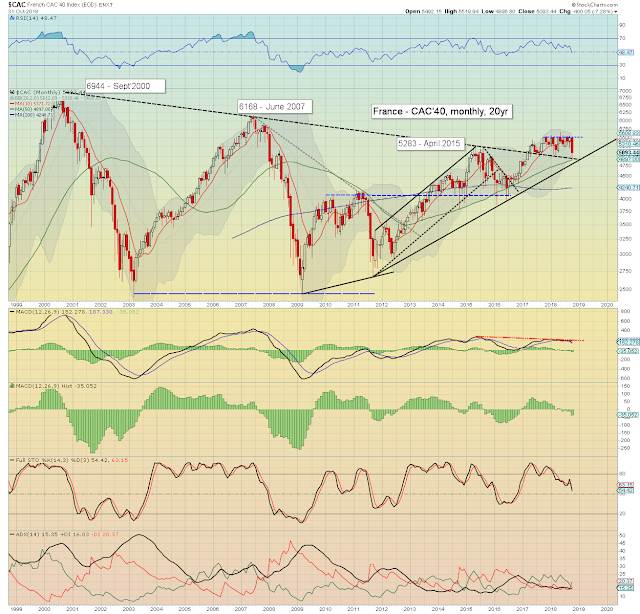 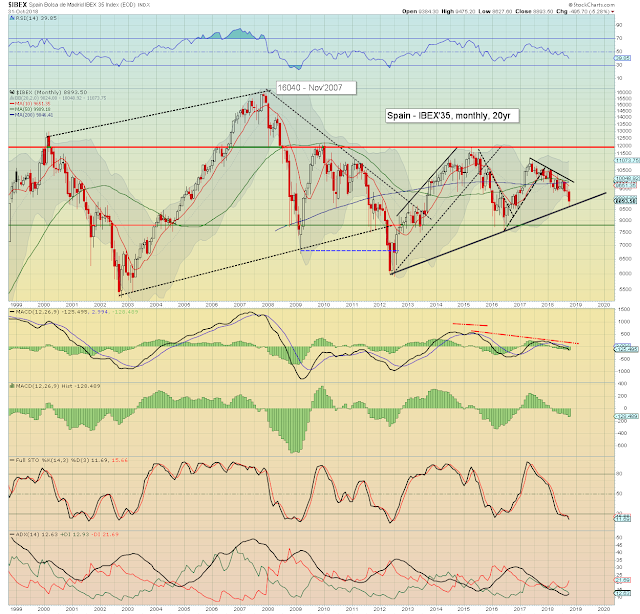 The Spanish market fell for a third consecutive month, settling -495pts (5.3%) to 8893, with a spike from l/t rising trend of 8627. The Spanish economy remains one of the weakest in the EU, with a great many internal problems... not least the 'Catalonia situation'. 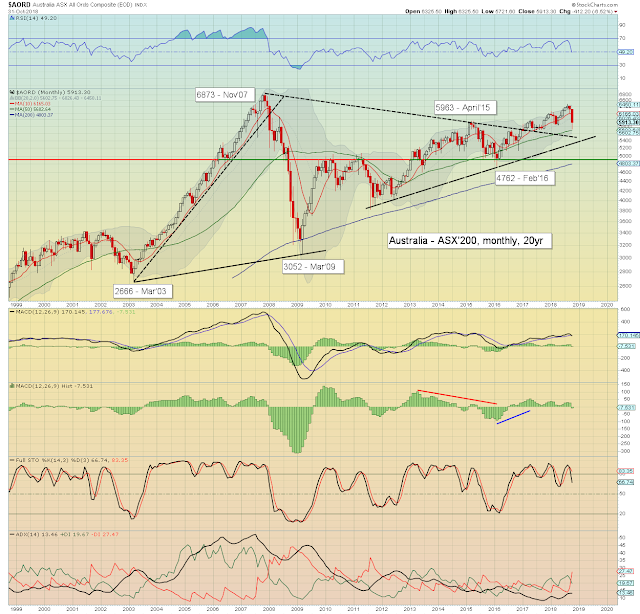 The Australian market declined for a second month, settling -412pts (6.5%) to 5913, the most bearish price action since Aug'2015. First big support in the 5400s, then 5000/4900s. Further weakness in commodities would be a particular downward pressure in this market. 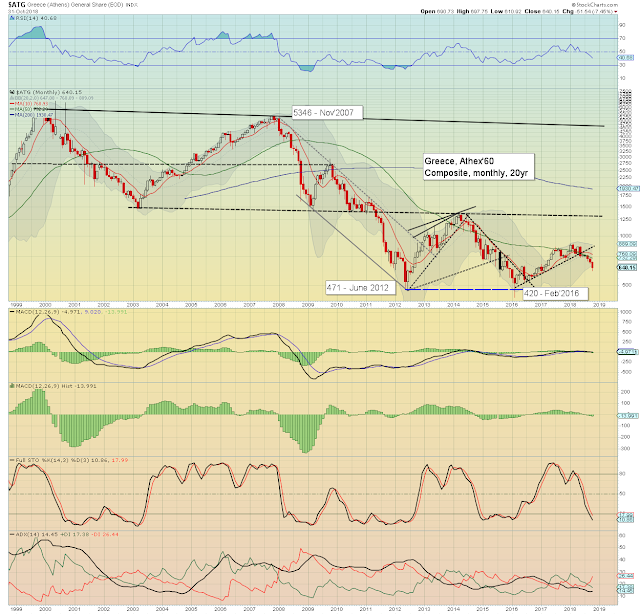 The economic basketcase of the EU - Greece, saw the Athex decline for the sixth month of the year, settling -51pts (7.4%) to 640, the lowest level since Feb'2016. The country remains on life support via the infamous troika.
--

The US and Brazilian markets broke new historic highs.

As a collective, world equities are increasingly weak. The break of l/t trend in Germany is decisive, and it bodes bearish for the rest of the European markets into year end/early 2019. Whilst the US Dow did avoid a bearish monthly close (my criteria of the 10MA), the other US indexes are suggestive the Dow will break new multi-month lows within 1-3mths.
-- 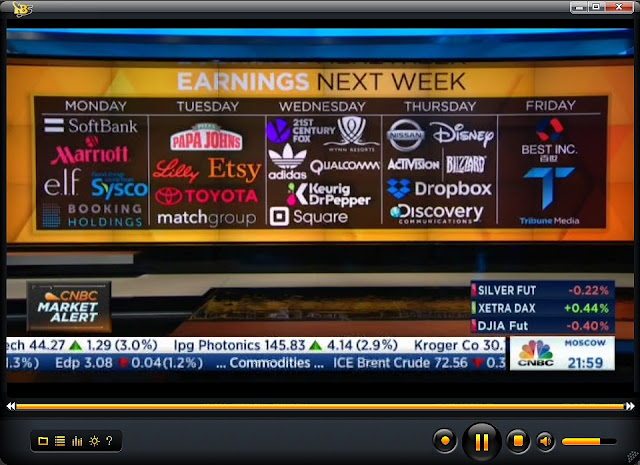 *the FOMC will issue a press release at 2pm. No rate hike or change in the QT program can be expected. There will NOT be a press conf'. 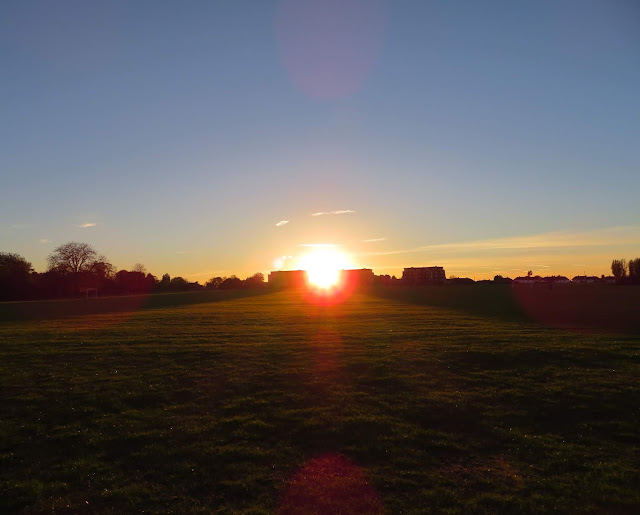 -
The next post on this page will likely appear by 6pm EDT on Monday, Nov'5th.
Posted by Trading Sunset at 20:47:00
Email ThisBlogThis!Share to TwitterShare to FacebookShare to Pinterest
Newer Posts Older Posts Home
Subscribe to: Posts (Atom)