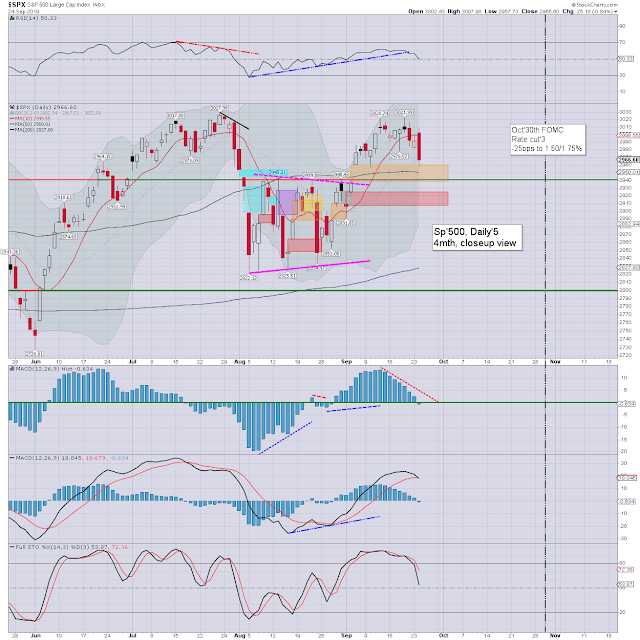 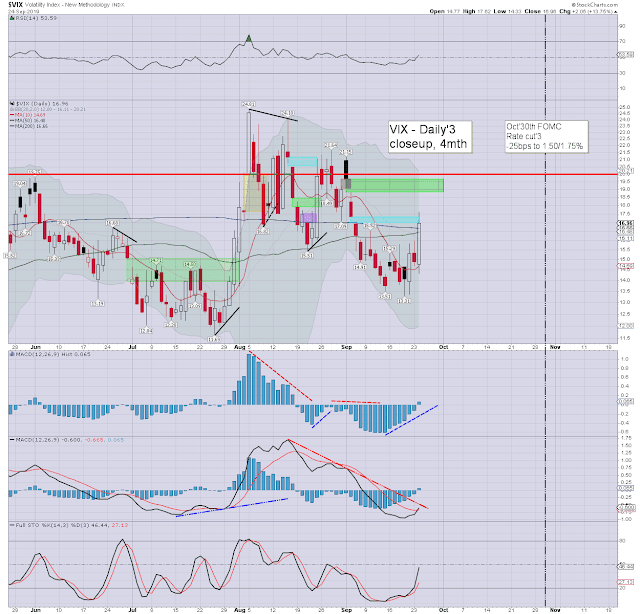 They don't call it turnaround Tuesday for nothing. In today's case, equities opened moderately higher, with the SPX maxing out at 3007. The morning saw minor cooling to fractional declines. News that Lewis proposed Trump to be impeached, gave the algo-bots the excuse to drive the market lower.

The afternoon saw the market whipsaw from 2957, on Trump announcing he will release a full transcript of a phone call with the Ukrainian PM.

S/t outlook offers early Wednesday upside, but renewed downside to the sp'2920s with VIX 19/20 appears probable within a few days.

The BREXIT chaos continues, as the UK supreme court ruled that PM Johnson's suspension of parliament was unlawful. 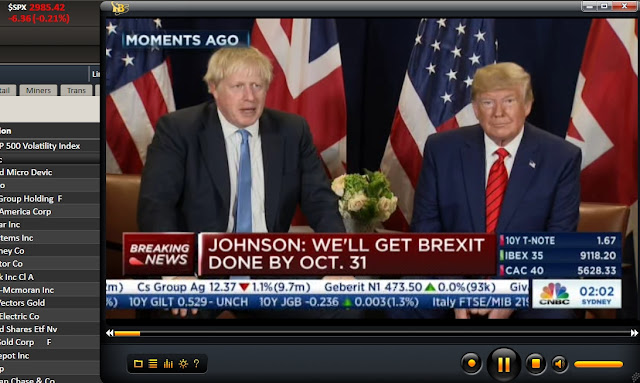 Whilst Johnson continues to tout he'll get BREXIT done by Halloween, I don't see it happening. Instead, another election is probable, this time with Corbyn's Labour party winning (or at least leading a coalition). Any subsequent deal would then be put to the UK populace via a referendum, and I'd expect them to vote against ANY kind of deal, and thus the UK would remain part of the EU.
--