The Nasdaq follows the SP & Dow 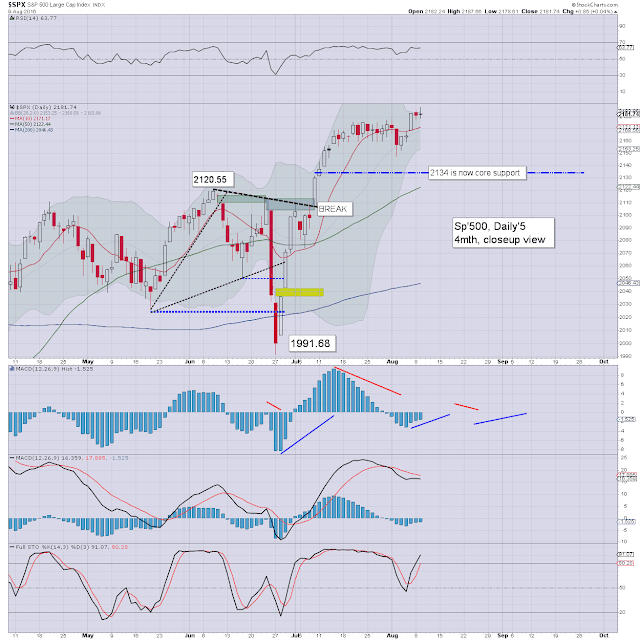 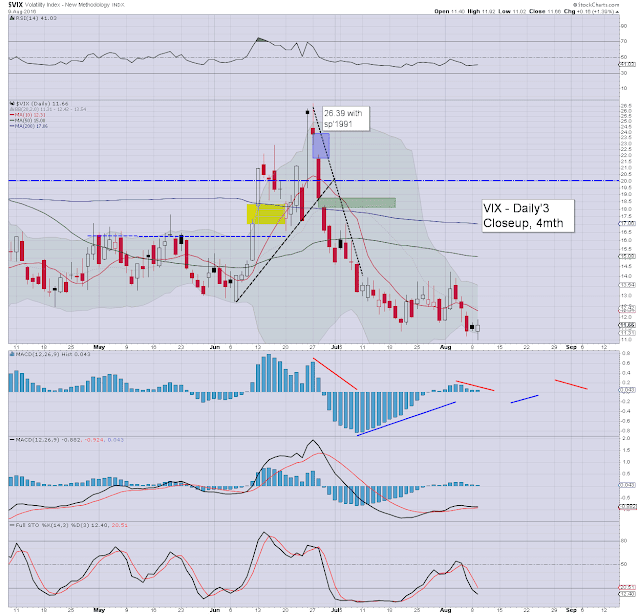 Another day.. another pair of equity historic highs.

The only thing the equity bulls failed to attain today was seeing the VIX break into the 10s. Despite the net daily gain, VIX 10s are clearly viable at any point. The key 20 threshold looks out of range until (at least) the latter half of September.
-- 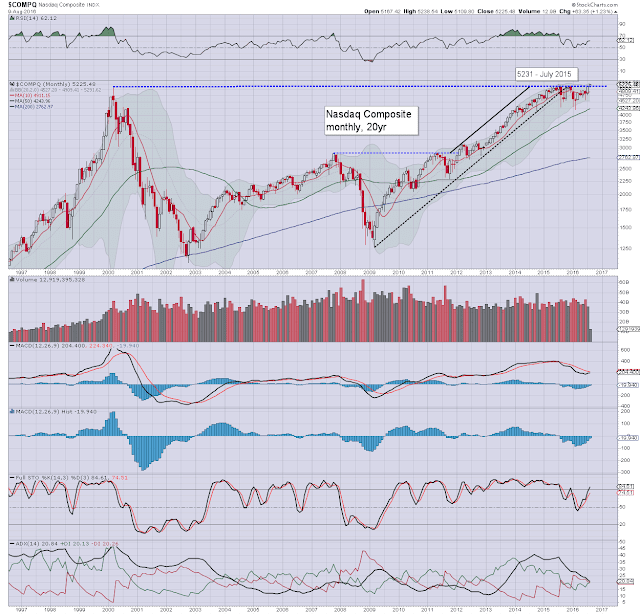 Seen on a giant 20 year time scale, we have a double top that is being broken through. A monthly close in the 5300s - which looks probable in Aug/Sept', should awaken some to the notion that the 6000s are viable by late spring 2017.
- 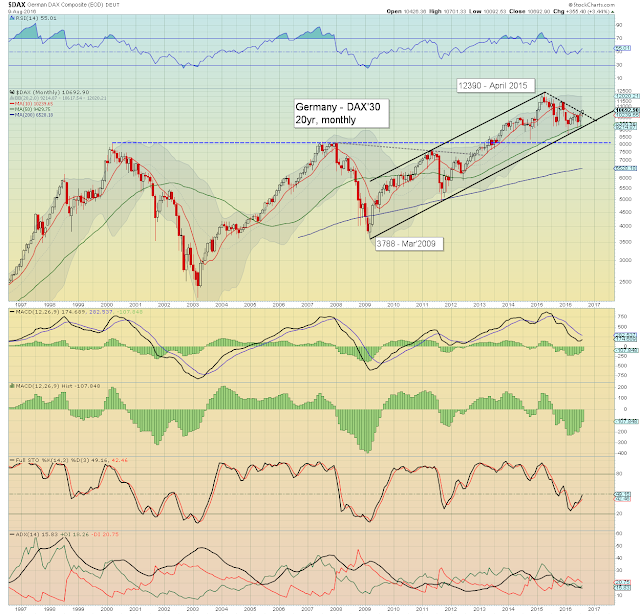 For those getting overly excited about some kind of Sept/Oct' market apocalypse (yes, the threat is not 0.0%), a look at any of the other world markets should quell such talk. The DAX has broken outside of declining trend/resistance. Next target is 11k, and then 12k.