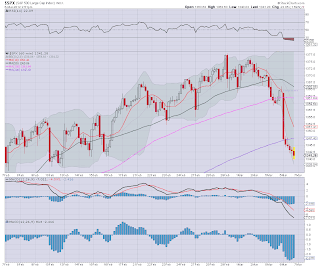 A good morning indeed, I exited all short blocks at sp'1345 equivilent a few hours earlier

Going to sit it out until tomorrow...maybe we'll get an 'omg, everything is actually okay, its IPAD'3 launch day!'
-

more later!
Posted by Trading Sunset at 19:53:00
Email ThisBlogThis!Share to TwitterShare to FacebookShare to Pinterest 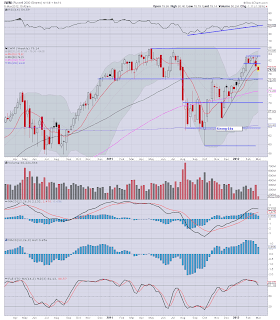 Everything as noted over the weekend I am holding to.

Exited IWM short and VIX long blocks earlier, will re-short later, probably a few hours, after a 1-3hr up cycle.
-

A good day, and so far...a 'super Tuesday' ;)
more later
Posted by Trading Sunset at 15:47:00
Email ThisBlogThis!Share to TwitterShare to FacebookShare to Pinterest

YELP - another piece of overpriced junk 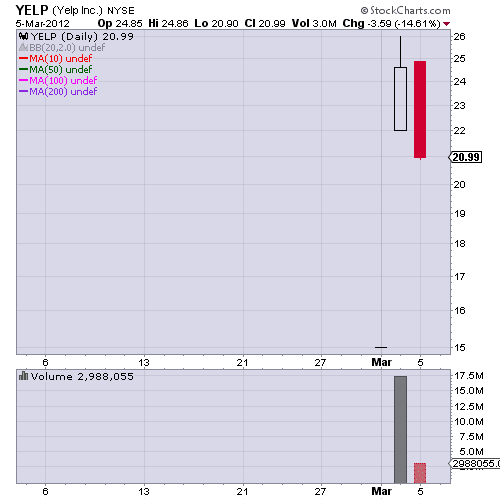 YELP:  Day 2's action is not entirely encouraging is it?

The rats are already bailing. If the main market does indeed start slipping away this nonsense will be in single digits soon enough.

Doesn't make a profit..will it ever? There are simply too many unknowns about all these social media/infomation providers.
-

Ohh, I can just imagine the Facebook IPO looking just like this one, except it'll be even more volatile. Perhaps a 300% opening gap up, with a 50% fall the next day?

Posted by Trading Sunset at 04:59:00
Email ThisBlogThis!Share to TwitterShare to FacebookShare to Pinterest 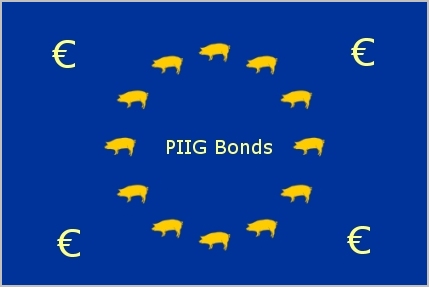 As a few commentators have already noted today, the Greek 1yr Bond yield crossed the bizarre 1000% level today, closing at 1006%

*Also note, you can see that the next PIIG in trouble would be Portugal.


Will they default or not?

With a yield of 1000%, there are two simple possibilities. Many have over-complicated the argument about whether Greece will default, quit the Euro..etc. What matters is which of the following will occur:

1. The Greeks are going to pay the interest., current yields will collapse once the bond market recognises this, with Greek bond prices soaring as the buyers surge back on signs of 'everything is gonna be okay'

2. The Bond market does have things priced correctly, and the Greeks are not going to pay.
--

Mr Market - whether Equities, Bonds, or whatever, is rarely so wrong. We've seen the Greek yields surge from under 10% to 1000% in less than a year. Under any historical precedent, it is arguably a given that they will default in the very near term.

The Greeks are primed for a Sunday night default-weekend. These sorts of major financial events tend to happen over the weekend.

Clearly, the prime date would be the weekend of March 24-25. However, there is no reason why they'd not pre-empt the next interest payment due - Tuesday March'20.(see: http://www.zerohedge.com/news/fitch-says-greece-will-default-march-20-bond-payment)., and instead announce they ain't paying - along with other emergency measures, across the weekend of either 9-10, or 16-17.


*interestingly, this 'prime window of default' will line up very nicely with the VIX weekly cycle which is due to go positive cycle in 2-3 weeks time. The last time VIX went + cycle, it soared from 19 to 45 within just 3 weeks.

Everything is set up. Now its up to the Greek Government. Do they really intend to pay what is a precious €14.5bn of resources, or will they - like most debtors, string their lender along until the very last moment?

yours...
not a bond bagholder
Posted by Trading Sunset at 03:16:00
Email ThisBlogThis!Share to TwitterShare to FacebookShare to Pinterest 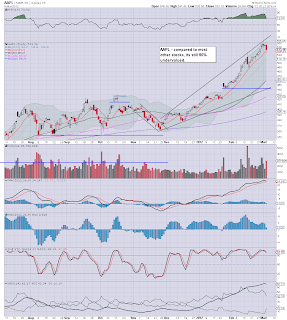 If the 20MA can be closed below sometime this week, then we have a real chance of $470/450 sometime next week.

So...Tuesday will be Apple watching day. Of course, the IPAD'3 launches this Wednesday. Doubtless the media will be all over it.