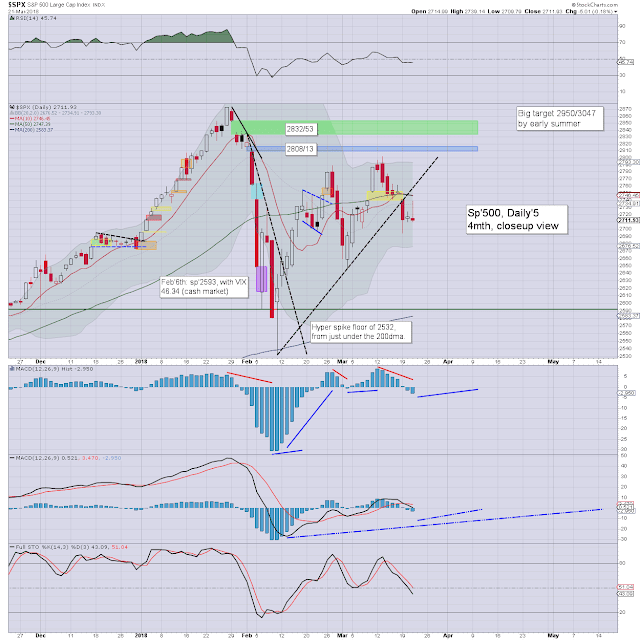 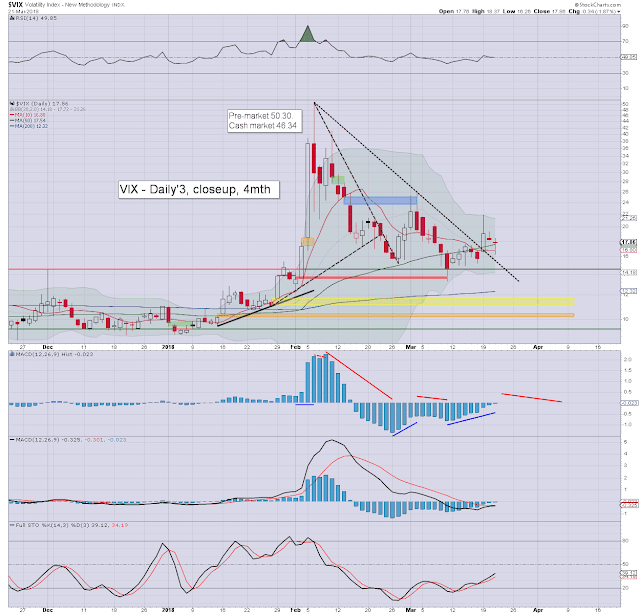 US equities opened fractionally choppy, and then leaned upward into the early afternoon. As expected, the fed raised rates by 25bps to a new target range of 1.50-1.75%. The sp' initially jumped to 2739, but then saw a significant swing lower to 2709. This sort of swing is to be expected for such a fed day, as the algo-bots try to trigger the short and long-side trading stops.
-


The VIX opened weak, and briefly turned positive in the late afternoon. Despite equities closing on the weaker side, with the uncertainly of the fed out of the way, the VIX settled lower for a second day. Single digit VIX looks on the menu this spring.
-- 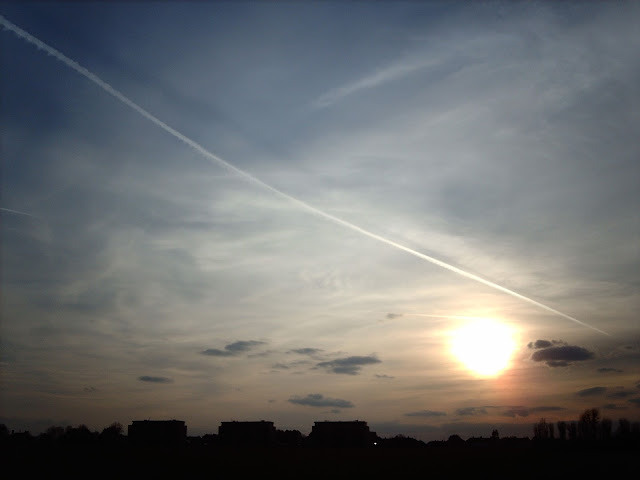