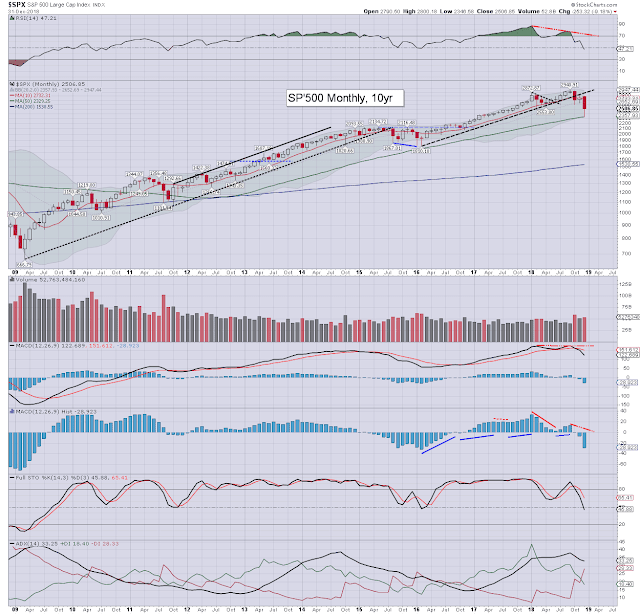 The second monthly decline of three. Note the settlement far below the key 10MA. Underlying MACD (blue bar histogram) cycle ticked lower for a third consecutive month, as price momentum is now outright bearish. The intra month low of 2346 was an effective hit of the lower monthly bollinger. So long as no monthly settlements back above the key 10MA, yours truly will consider the m/t trend as bearish.
-

Whilst I will give my 2019 outlook this weekend, I wanted to first look back.

Year end target: 3245. Ironically, this looked a somewhat conservative target as of Jan'26th. A mere ten trading days later, the target then seemed almost out of range. Despite a new historic high in Sept' of 2940, the year end settlement of 2506 is 739pts below target. I sure wasn't the only one seeking the 3200s though, notably Tony Dwyer of Canaccord Genuity, and Oscar Carboni.

Earnings/growth: both corp' earnings and GDP data continued to come in broadly fine.

Inflation: commodities did pick up, but the CRB peaked in May at 206.95, and then saw powerful downside across Q4, especially pressured via WTIC swinging from the $76s to $42s. 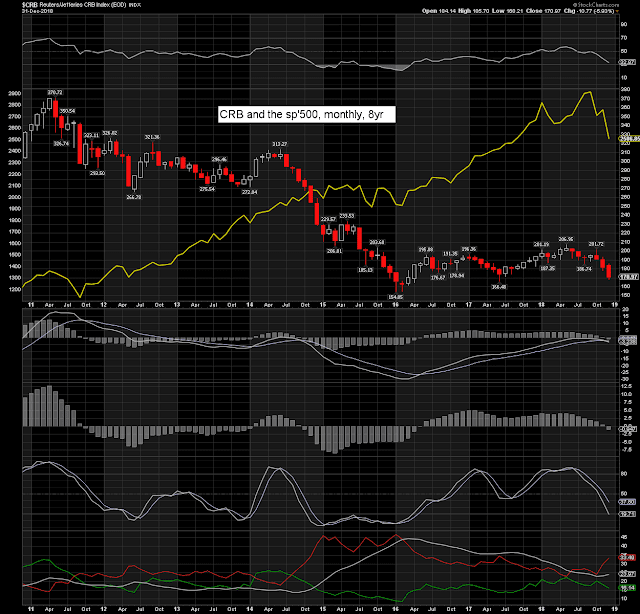 BAC. Bank of America did see the $33s (price adjusted to the $32s). With the market increasingly not believing the fed will hike beyond 2018, financials saw increasing weakness. The year end close of $24.64 sure isn't pretty, making for a net 2018 decline of -15.0%. Next big support is not until the $17s, which would be a full retracement of the Trump-election gains. 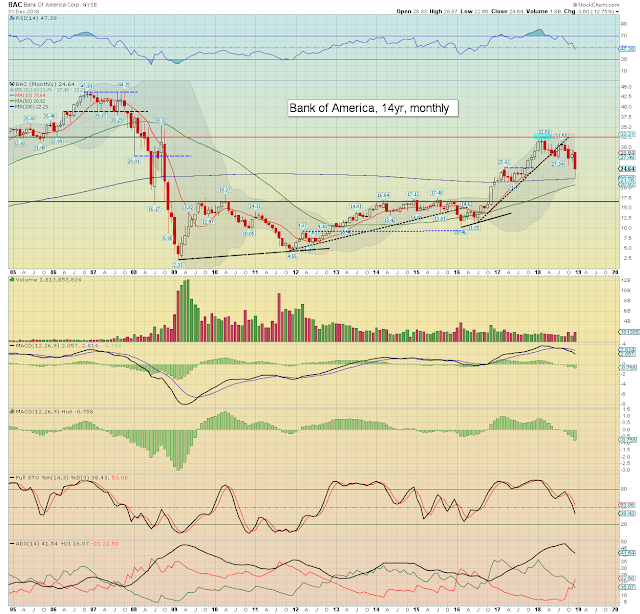 X.  US Steel soared in Q1 to $47.41, partly on trade hopes, but with Trump unable to agree on anything with the Chinese, the Steel stocks spiraled back lower. Q4 saw powerful declines, settling at $18.24, which made for a net 2018 decline of -47.8%. Despite a number of presidential tweets, there is no sign of real progress between the US and China. 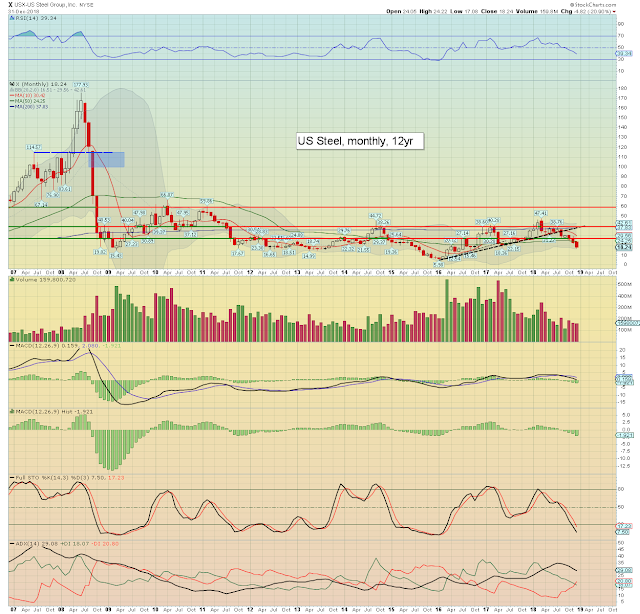 All six of the US equity indexes settled net lower for 2018. Its notable that all six broke new historic highs in January, with five of six net breaking further new highs across Aug-November. The NYSE comp' has been broadly leading the way lower, followed by the Transports and R2K. It can be expected that the SPX, Dow, and Nasdaq comp' will continue to follow.

Yours truly called some things right, but unlike 2017, my year end target was beyond grossly wrong. It does make me at least moderately reluctant to issue an SPX target for 2019, but I'll surely issue one, this coming weekend. 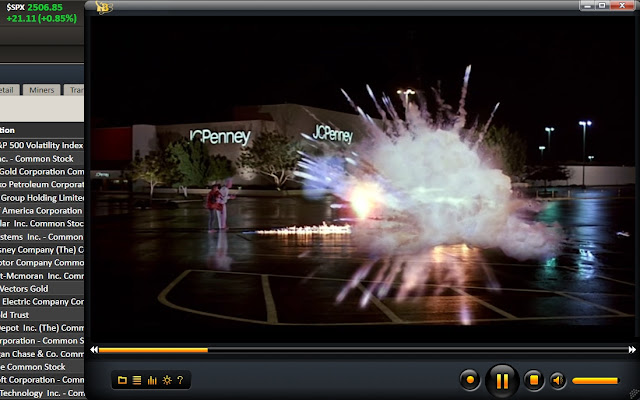 If only I had a Delorean, although I'd settle for a 100% self driving Tesla.

*the next post on this page will likely appear 5pm EST, on Wed' January 2nd 2019.
Posted by Trading Sunset at 17:00:00
Email ThisBlogThis!Share to TwitterShare to FacebookShare to Pinterest
Newer Posts Older Posts Home
Subscribe to: Posts (Atom)