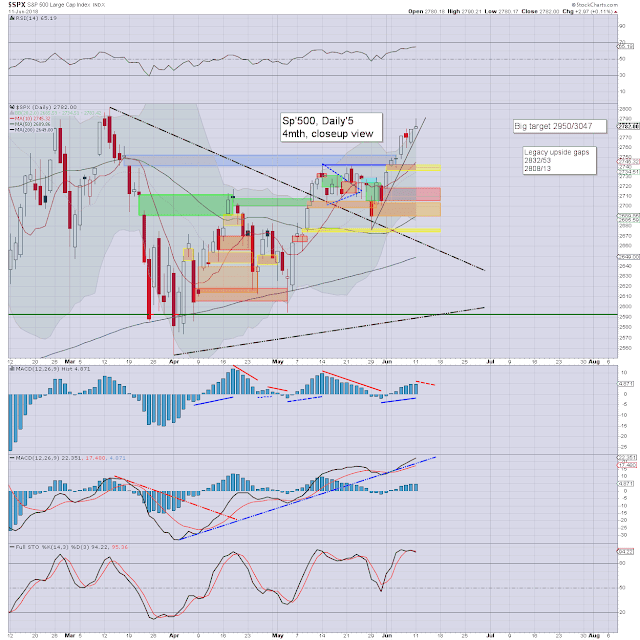 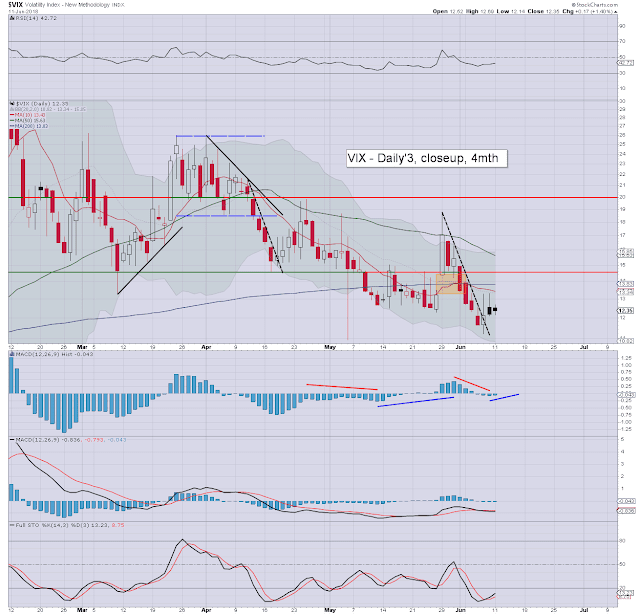 US equities began the week on a positive note, and after some fractional chop, clawed upward into the early afternoon to sp'2790 - the highest level since March 13th. The closing hour saw some moderate cooling to settle at 2782. The s/t cyclical setup for Tuesday is bearish, although we could certainly open higher on a Trump/Kim deal.

Volatility was itself very subdued, with the VIX settling fractionally higher in the mid 12s. A burst to the 15/16s is a valid threat, not least as the fed are set to raise rates.
-- 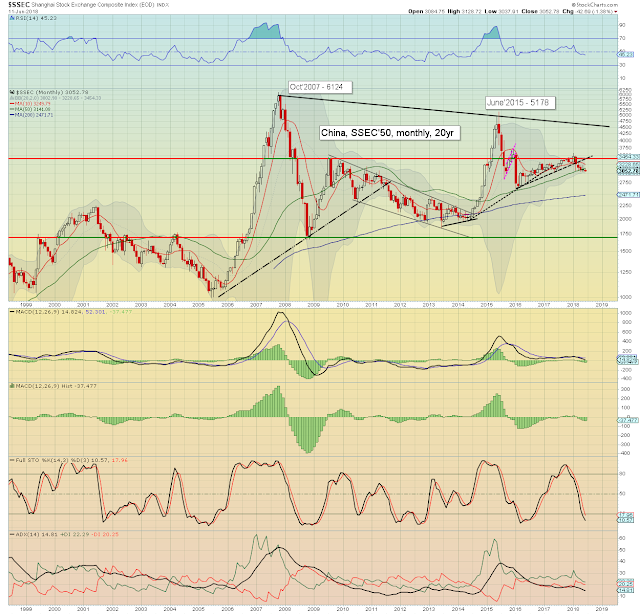 Chinese equities are still leaning on the weaker side, breaking a new low for the year of 3037. Clearly, if psy' 3K is lost, that'd lead to some mainstream concern, and spiral things somewhat lower.