Nobody expects the Spanish inquisition 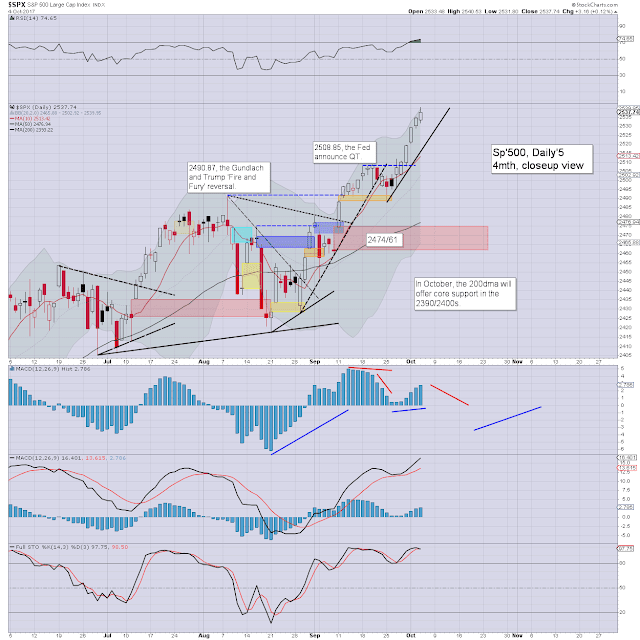 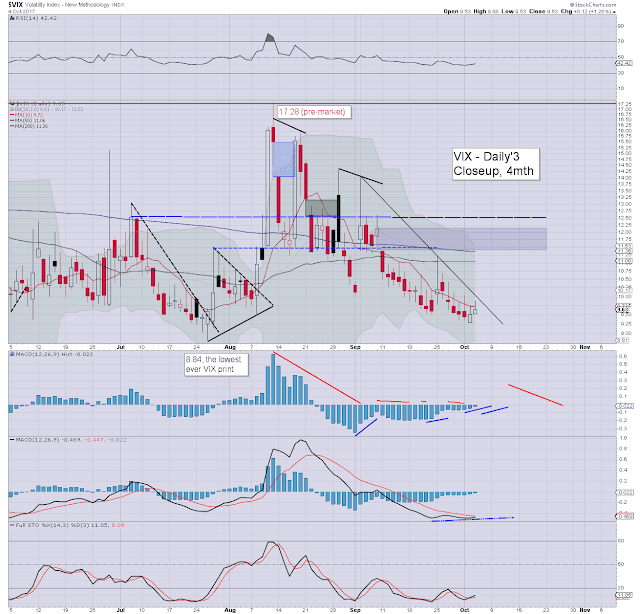 It was another bullish day for the US equity market, with a sextet of index historic highs. The market is absolutely on the 'cyclically high' side, and we even saw the Transports - which broke above 10k, but settling moderately lower.

Market volatility remains very subdued, with the VIX stuck in the 9s. If sp'2474/61, that really should equate to VIX 12/13s. The key 20 threshold looks out of range unless something 'horrible' in the western pacific.
--


The fracturing of the EU

The recent referendum for independence in Catalonia continues to spiral things within Spain, and more broadly, for the European Union. It simply can't end well. There are two short term possibilities...

-The Spanish govt' just passively agree to Catalonia breaking away

Its really that simple. Just yesterday the Spanish King was rolled out to declare how the Catalonians were being disrespectful to the power of the state.

First, some history on the last one... https://en.wikipedia.org/wiki/Spanish_Civil_War

Anyone with even a modicum of European history, will know how there are underlying societal fractures that date back centuries. They never went away, despite what some wish to believe. The UK is leaving the EU, Scotland will likely initiate another vote to split from the UK, I could go on. You know where its headed, right?
---


I was going to end with a video (and there are many good historical documentaries on youtube) on the Spanish civil war, but instead... I have chosen something lighter...


As a final note, should we not expect the Catholic church to soon issue an official policy/view on the Catalonia situation? Does nobody in Catalonia expect a Spanish inquisition?
--


Ohh, and none of this can be bullish for the Spanish equity market.. 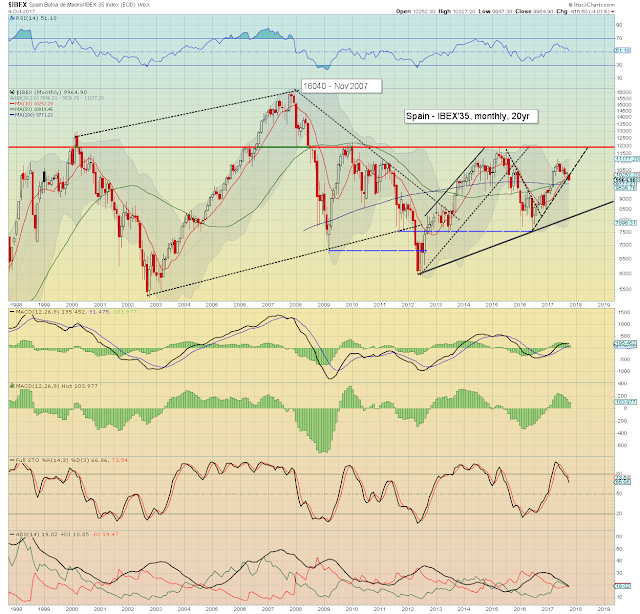 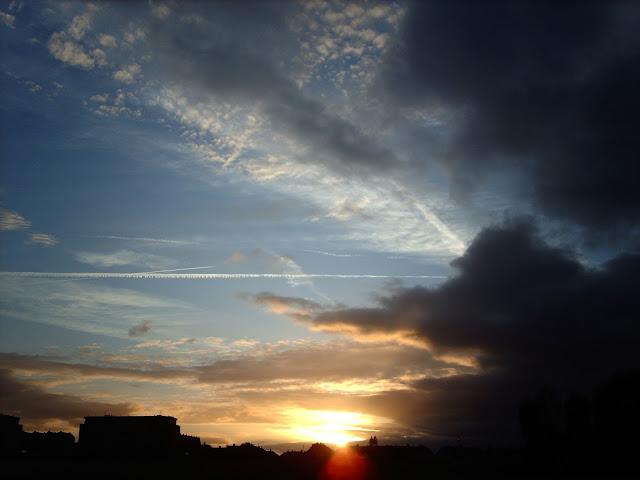