A fourth day for the bears 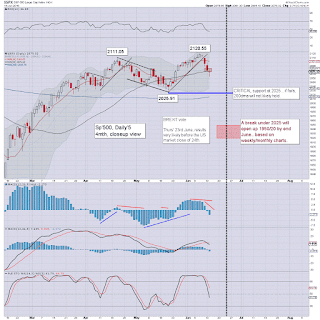 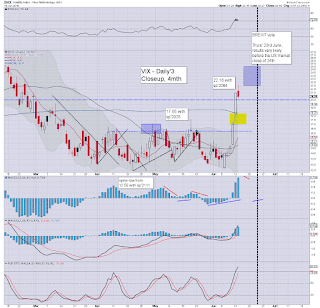 Another rather interesting day in market land, with a new cycle low of 2064 (with VIX 22.16) and a (not surprising) closing hour rally.

The Wed' FOMC will be a prime excuse for a Wednesday net gain, with further churn/upside across Thurs/Friday. With quad-opex this Friday, that further favours the bulls... after the recent cooling.

More broadly though... having broken a fair few initial supports, the outlook is increasingly bearish, as the bigger weekly cycles continue to turn toward the bears. 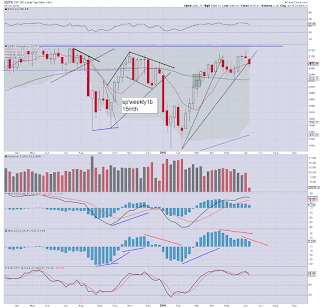 A divergent lower MACD cycle high. At the current rate, we'll see a bearish MACD cross before end month, and in theory, that will offer first opportunity of some very powerful downside action, with VIX exploding into the 30/40s.

Of course, if the UK vote to remain... things will be rather different. The current polls increasing suggest we'll see a BREXIT.. which should rattle world capital markets.
--