A day of minor chop 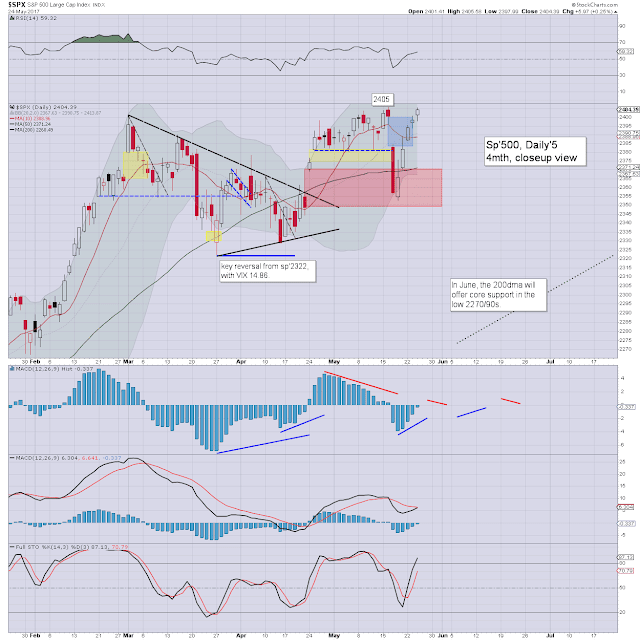 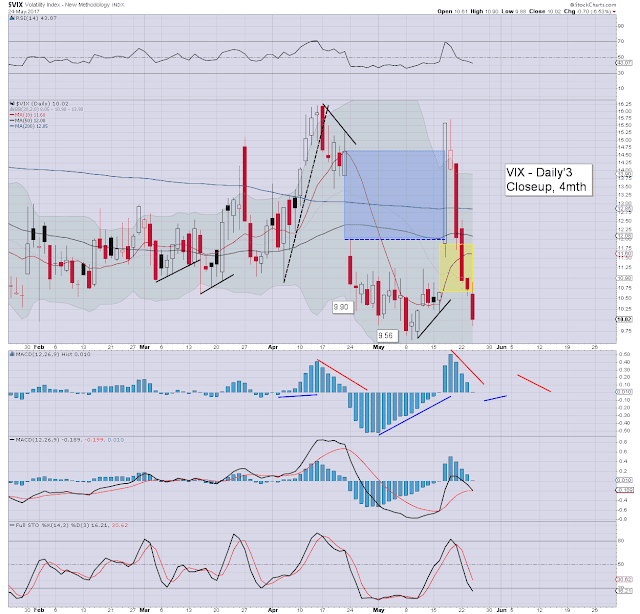 Equities opened fractionally higher, and there were signs of a reversal from the opening bell, yet.. the sellers never appeared in even a moderate degree. Instead, it was a day of very minor chop. The press release from the Fed at 2pm saw a few minor swings, but leaning on the upside. The closing hour almost saw a new historic high, with the sp'500 just 0.19pts shy.

Market volatility continued to melt lower, with the VIX briefly seeing the 9s. The key 20 threshold looks as far away as ever.

Next Monday is CLOSED, and on balance, Friday will lean to the quieter side, as many will make an early escape for the weekend. The better opportunity for the equity bears will be tomorrow, or next Tuesday. Keep in mind the monthly close is next Wednesday.
--