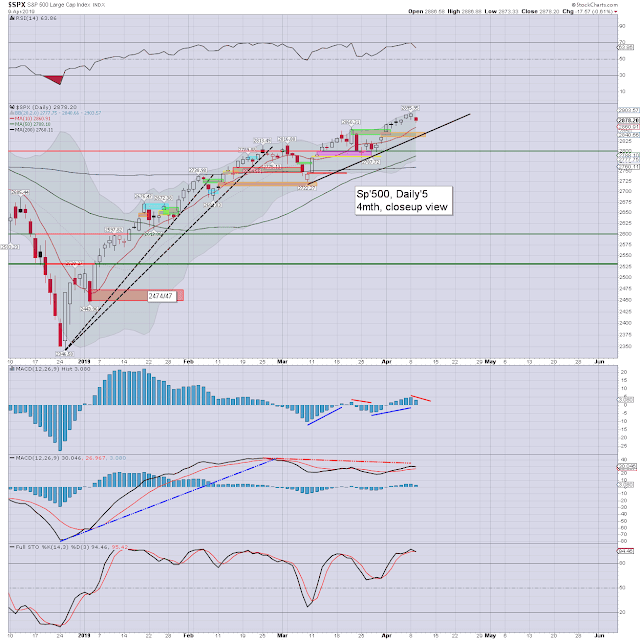 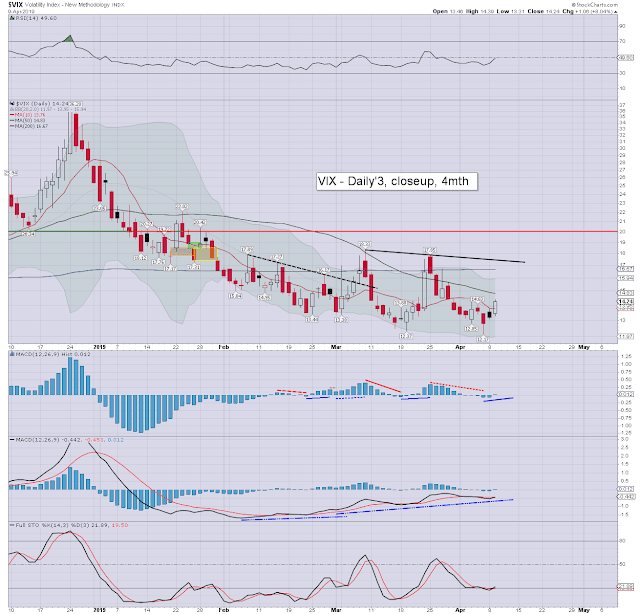 It was a bearish day in equity land, opening moderately weak, and then seeing a lot of chop. The afternoon broke a new intraday low as the bulls were unable (a novelty in itself) to rally to new cycle highs. Volatility picked up, but the VIX still only saw the mid 14s. On balance, the sp'2840/30s should equate to VIX 15/16s late tomorrow or Thursday.

It was national unicorn day (at least in the US), and mainstream attention was again looking ahead to a number of companies whom are seeking to get listed in the months ahead. 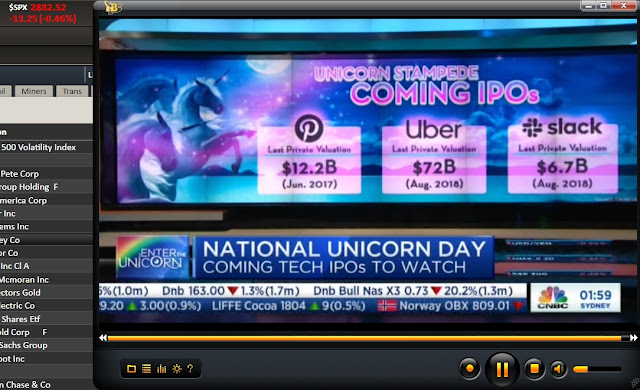 Pinterest (PINS) is set to appear April 18th. I'm guessing UBER will appear in September... just before a rate cut. As for Slack, its an interesting service, but that one looks especially vulnerable. To be clear, whilst I'm fiercely bearish most of the loss making Unicorns, some of them clearly have long term futures, not least UBER. Personally, I'd always favour an established company, one with a history of profits and steady growth. There is a lot to be said for the boring Dow components.
--