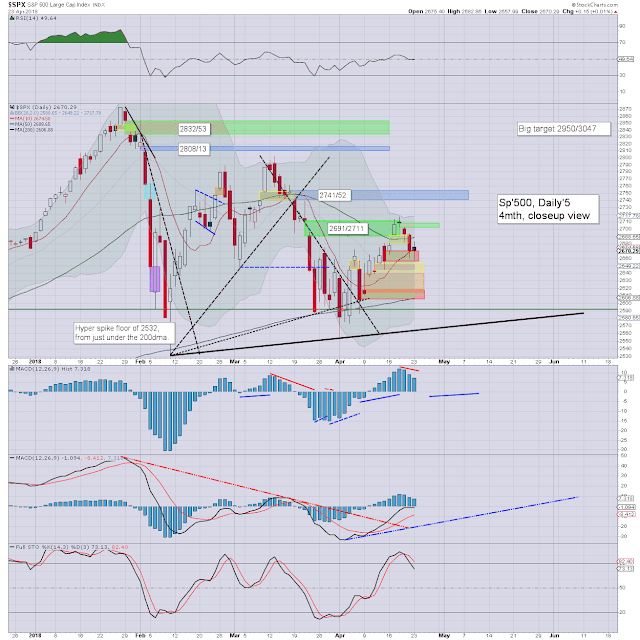 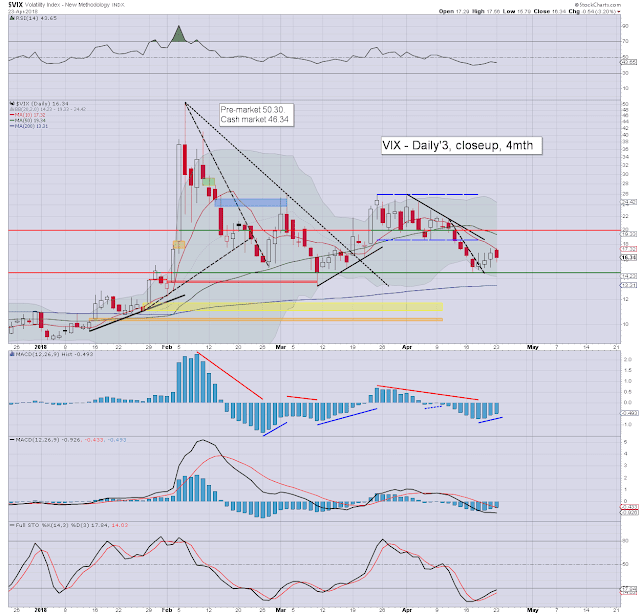 US equities opened in minor chop mode, and it remained very subdued. There was moderate cooling in the mid afternoon, with the Friday low broken under, but settling above. The settling black-fail candle does lean s/t bearish, and we still have three partly unfilled downside gaps to 2604.

It was a mixed day for volatility, seeing a morning peak of 17.56, but despite equities breaking a lower low in the afternoon, the VIX didn't pick up, and even settled fractionally lower in the16s.
-

Micron Tech' (MU) was moderately higher in pre-market, trading a little better than the main market. Then the lone maniac, aka Timothy Arcuri of UBS appeared once again, touting cyclical/dram concerns. His target on Micron is $35, which is a very considerable way lower, even below the key 200dma.

The retail amateur (yours truly included) doesn't stand a hope in hell against this kind of sporadic nonsense from one of the 'smart guys' from a recognised (if partially failing) institution.

Keep in mind, Nomura-Instinet and Robert W. Baird are both seeking $100, with Cowen $65, and Mizuho at $70. QCOM and INTC have earnings this Wed' and Thurs' respectively. Both should come in fine, and should offer another reminder that 'cyclical concerns' for the semi-conductor industry are grossly misplaced right now. 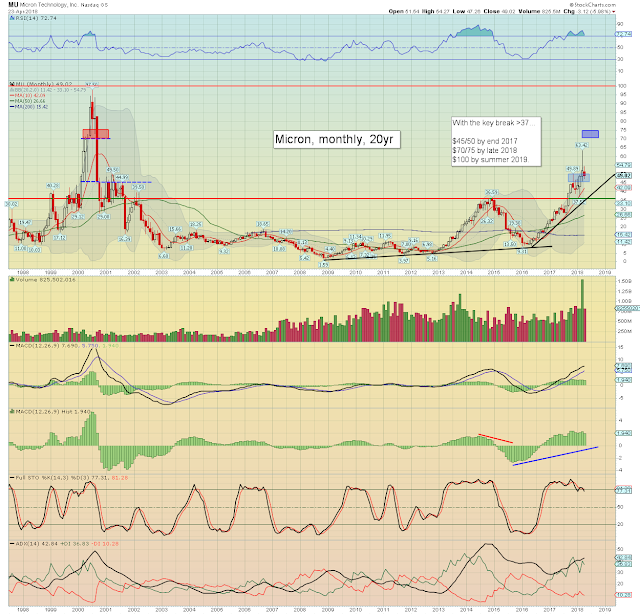 Suffice to add, Micron stock remains m/t bullish, but having lost psy'50 (again), next giant support isn't until the breakout threshold of $36/37s. For now, annual EPS of around $11 isn't seen as worth much by Mr Market. Truly. Bizarre.
--