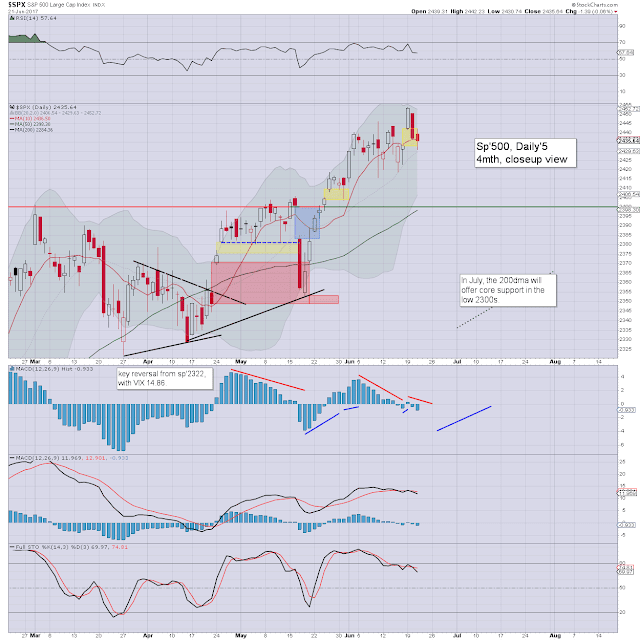 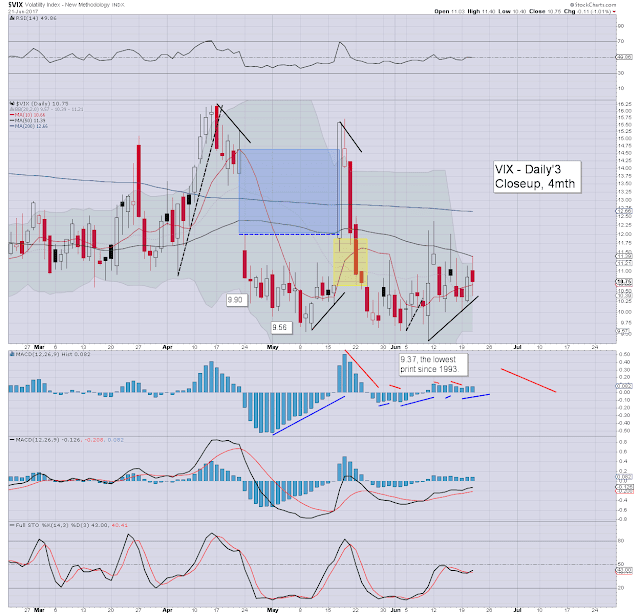 US equities opened in minor chop mode, and saw some moderate weakness to sp'2430 - fully filling the opening gap from Monday morning. There was an attempt to bounce in the afternoon, but it was pretty weak. A break <2430 will offer 2415/00 before the weekend. This was something that should have happened last week, but quad-opex was something of a hindrance.