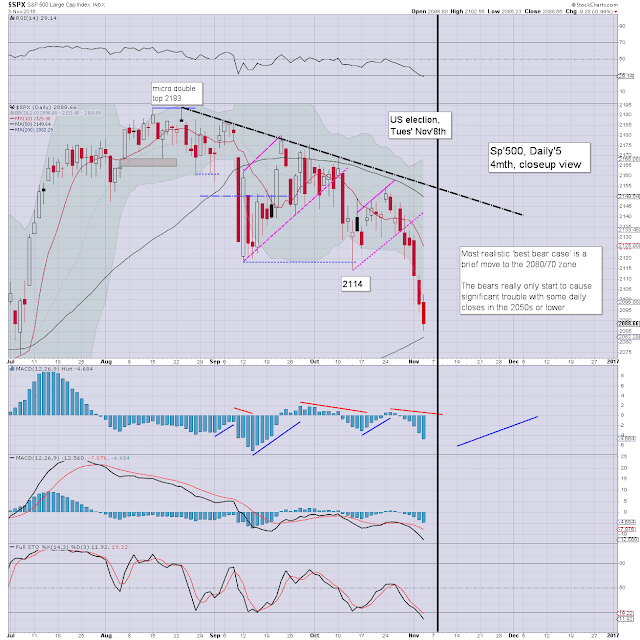 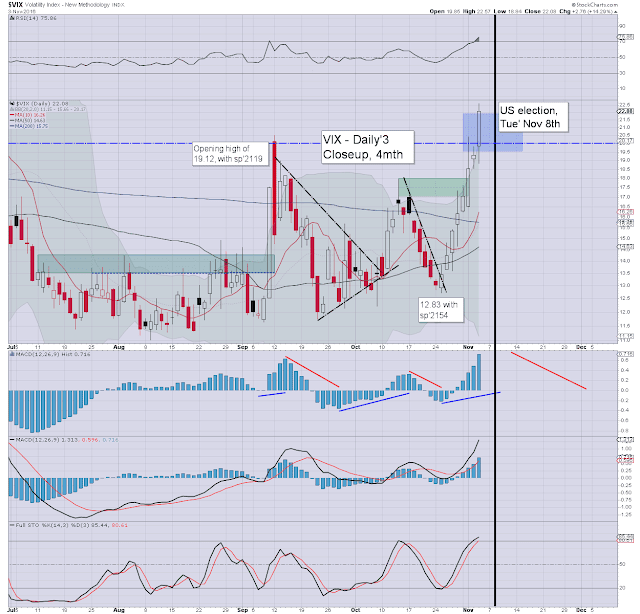 First.... so much for the bounce. There is still a threat of a brief move higher tomorrow - with the jobs data, but broadly, price action is set to remain weak into next week's election.
--

US equities opened a little higher, yet again though... another failure, with the market breaking a new cycle low in the afternoon of sp'2085 - with VIX confirming, with a new high of 22.57.

Most notable, today was the eighth consecutive net daily decline for the sp'500, which was the most bearish run since Oct'2008.

Today saw the eighth consecutive net daily gain in the VIX, which is the most bullish run in a decade... perhaps ever. VIX 25s look a pretty easy target... with a viable brief spike around 30 next Tues/Wed.

Once the election result becomes clear, regardless of who wins, equities should resume higher, with the VIX broadly cooling into end month.
-- 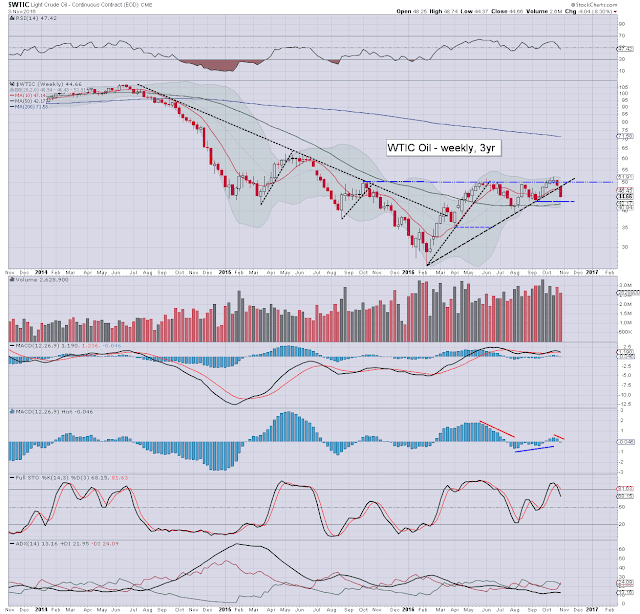