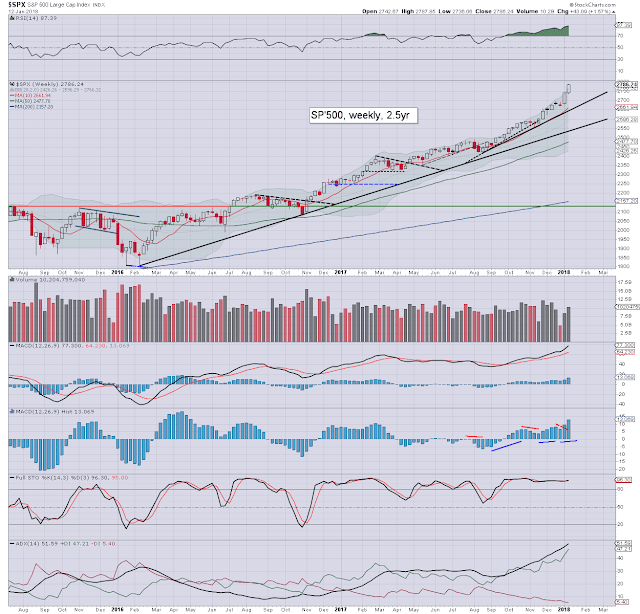 Best guess: there is s/t threat of a sporadic cooling wave, but probably no lower than the 2730s. More broadly, 2950/3047 is due late spring/early summer. The market will very likely get stuck, and see some degree of correction, at least on the order of 5%. The year end target of 3245 is on track.

Equity bears have nothing to tout unless a bearish monthly close. For me, that would equate to a monthly close under the monthly 10MA, which currently stands at 2536, and is rising by around 40pts per month. So, from June 1st onward, that 'line in the sand' will be around 2730s.
-- 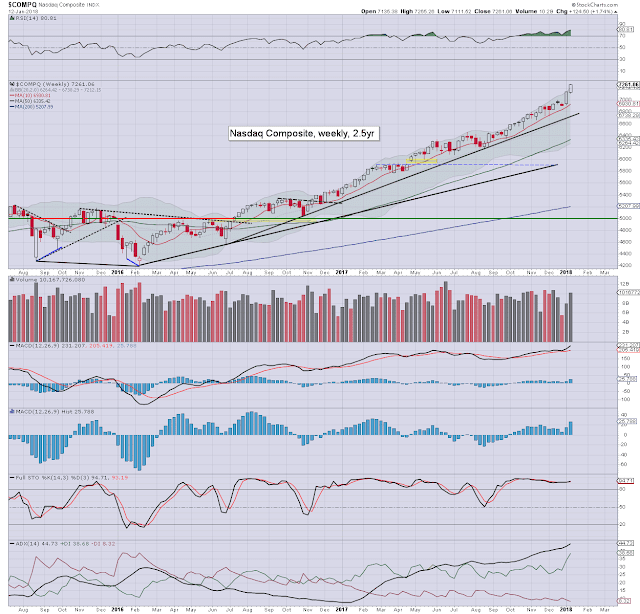 The tech settled net higher for the week by 1.7%, with a new historic high of 7265. Soft rising trend from summer 2016 is around the 6700s, and looks comfortably intact into the late spring.The 8000s are clearly on the menu by mid 2018, with 9000s by year end, assuming no main market correction much above 5%. 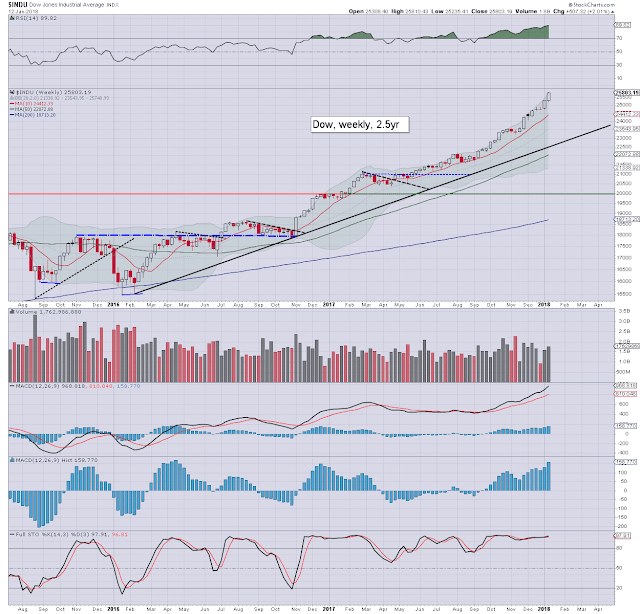 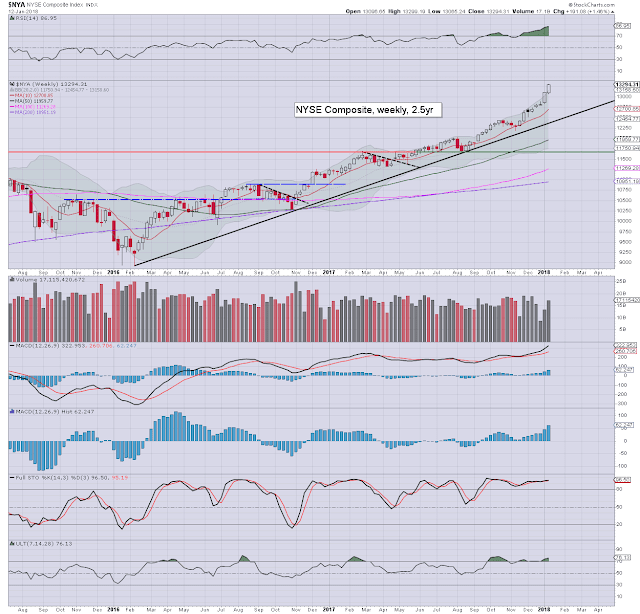 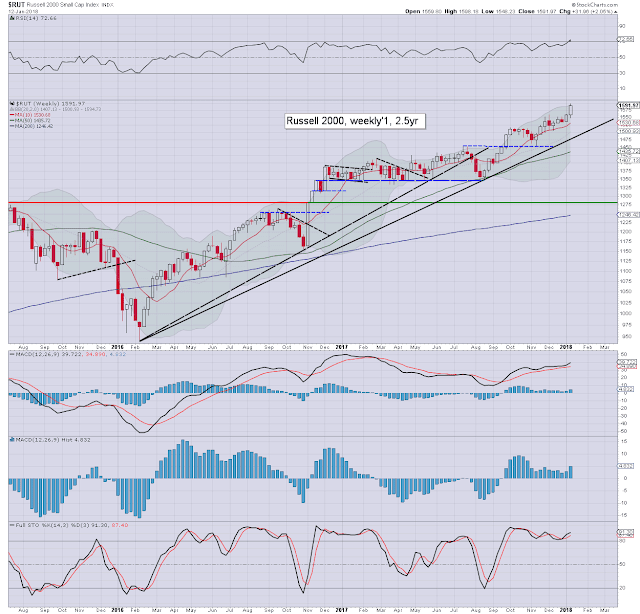 The second market leader gained 2.0%, with a new historic high of 1598. The 1600s are clearly imminent, with the 1700s viable by late spring. The 'R2K @ 2k' is something I've been teasing for the last few years. It won't be easy to reach by year end, but its 'just about' possible. 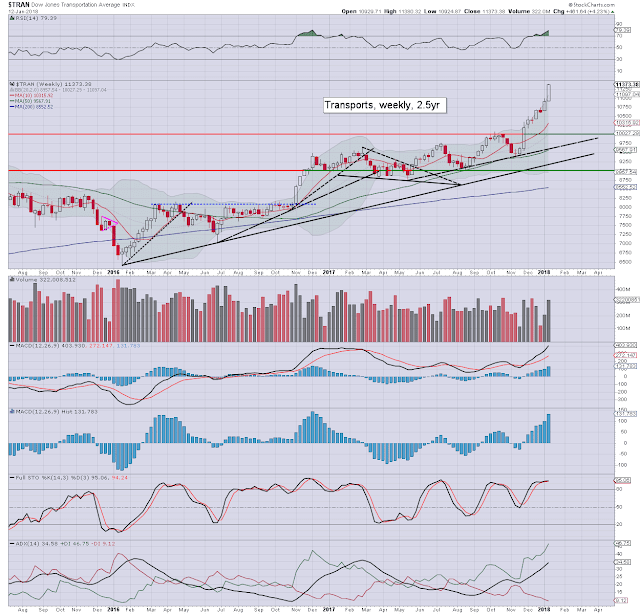 The 'old leader' - Transports, is leading the way higher, seeing a powerful net weekly gain of 4.2%, with a new historic high of 11380. The 12000s are clearly on the menu this spring, with the 13000s seemingly probable for year end. It is notable that sustainably higher energy prices will be a downward pressure on transportation stocks, although that certainly doesn't mean they will be trading net lower in the months ahead.
--

A very bullish week, with all six of the main US indexes breaking new historic highs.

The Transports is leading the way higher, despite rising energy prices.

Most indexes have around 4-5% of downside buffer, before first key support would be challenged.

Equity bears have nothing to tout unless the majority of indexes see a monthly close under their respective monthly 10MAs, and that looks out of range until at least July/August.
--

Earnings will increasingly be pouring in... 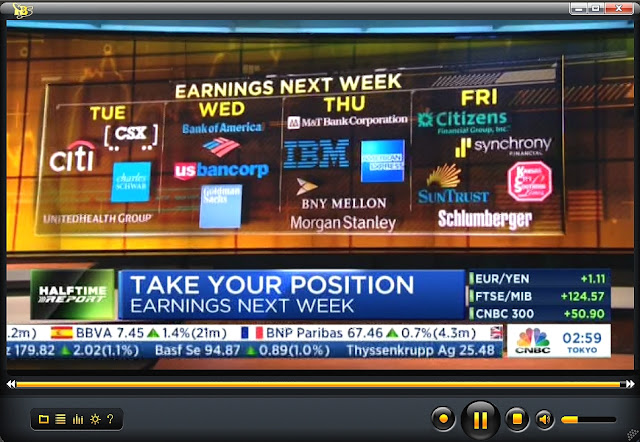 *there are three fed officials due on Wed', but none are likely to be of any importance.
--