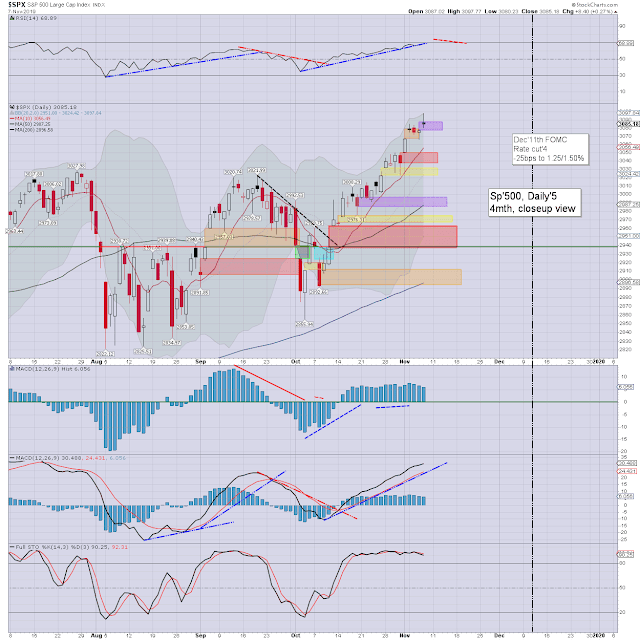 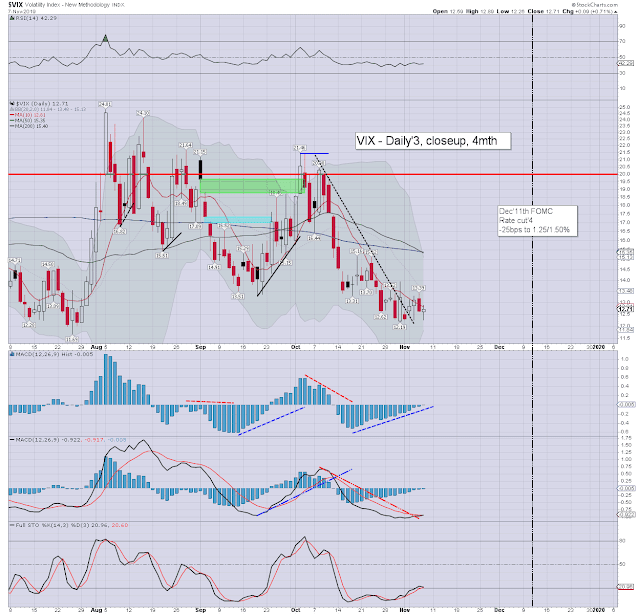 US equities opened moderately higher, and it was enough to generate a trio of historic highs in the SPX, Nasdaq comp', and the Dow.

It wouldn't be a normal trading day with at least one market related comment from the US President. Clearly, any degree of downside, and there will be renewed swipes at the Fed, democrats, and fake news media.

The afternoon saw some cooling, helped via a report that some within the US admin' are resistant to rolling back the tariffs, until the Chinese capitulate on bigger issues - not least that of IP theft.

Here in the land of yours truly, both of the main political parties - Conservative and Labour, have been touting increased spending.

I could somewhat endorse some degree of increased spending on infrastructure projects (not least roads and rail), but still... its a sign of desperation from the political hacks. They are literally going to promise the world, if it helps get them elected Dec'12th.

The UK economy remains borderline recession, and that is without BREXIT. A few tens of billions, or even hundreds of billions of extra spending would be a powerful stimulus, but it would add to an already monstrous national debt ($2.3trn).

If you x6 for population, that equates to roughly $14trn, relative to the US of $23trn. On any basis.. not great.

It appears that many governments around the world appear set to increase spending - funded entirely via new debt in 2020. I would imagine whomever wins the next US election in Nov'2020, will also want to implement an infrastructure bill.

Ohh, and if we see infrastructure 50, or even 100 year bonds issued, we know the central banks will end up becoming the (indirectly, via the primary dealers) buyers of such debt.
--