Hmm...lets take a look at the hourly cycle first... 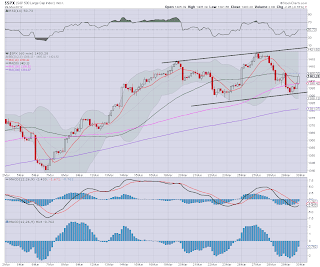 A reasonably recovery for the bulls, the hourly cycle looks primed for further upside on Friday. 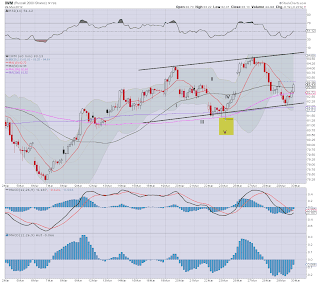 IWM still closed red, but well off the lows. Cycle should go positive early Friday morning. There is the potential for ALL of Friday to be upward in trend. A Friday close of IWM anywhere over 84 would be a real failure for the bears. 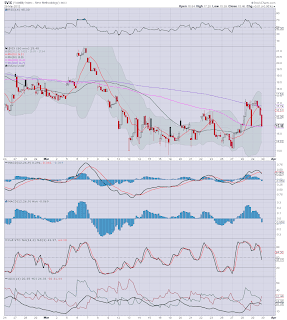 Kinda strange action in the VIX. Looks almost identical to yesterday. It reminds me of a cycle from some time ago, but I can't recall when, or what happened next. Regardless, Friday looks set to be a weak open for the VIX..with indexes moving higher.

SP, 1410/15 would be enough for the bull camp to declare another successful week. Anything under 1400 would be a problem. I will note there IS the real threat to the bears that Friday will actually turn into a massacre.

We have a few pieces of econ-data, if they come in okay, and the euro-indexes can move upward, a few good words from the Bernanke, then is a new SP' high possible? The immediate upside target would be around 1422/25.

For IWM, which I remain Long (via calls), anything in the high 83s would suffice, mid 84s would be a real victory, and open up a challenge of the key 86 (equivalent to sp'1440) next week..before the Easter Bunny arrives.

Posted by Trading Sunset at 21:38:00
Email ThisBlogThis!Share to TwitterShare to FacebookShare to Pinterest 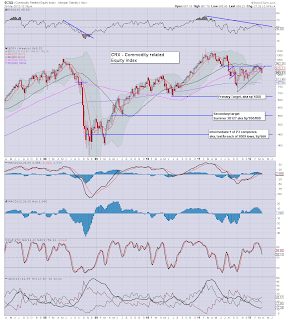 *here is a hotlink to my CRX chart, you should be able to bookmark it, and just F5 refresh, as you wish.


Meanwhile, VIX is at the breakout level... 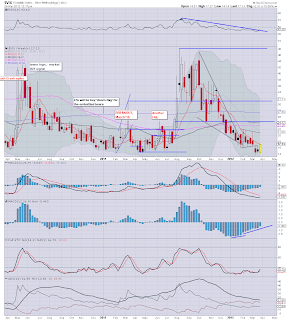 Bears need to see a closing above the 10MA.

The VIX has not had a weekly close above the 10MA since last November, so, if it can just about hold this level, that would be somewhat bearish for next week. 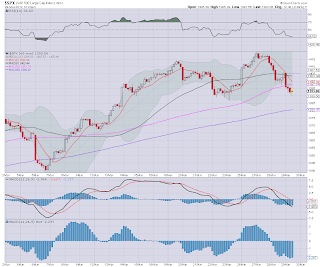 Certainly not a disaster for the bulls, but they would like to hold this level! A move into the low 1380s would be a problem.

More later!
Posted by Trading Sunset at 17:26:00
Email ThisBlogThis!Share to TwitterShare to FacebookShare to Pinterest

Oh oh...Commodities are breaking below support

Alright, now, first of all, lets note the mild case of hysteria across the various boards/sites the last 2 days. It is crazy in that even though we are just sp'14pts from the recent top, many posters are massively bearish, especially for the very near term.

The main weekly and monthly equity cycles remain bullish, as they have been since the October low.

However, this evening I have noticed the following two commodity related charts that I've mentioned a few times recently. Both have now broken key levels...and are warning of trouble. 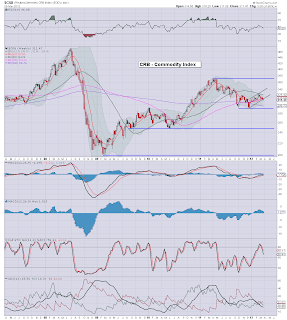 It was a clear bear flag that's been developing since Christmas, and so far this week we have a marginal break to the downside. We won't know for sure unless we can hit maybe 305/300. A break under the recent low of 290 would be a severe warning. 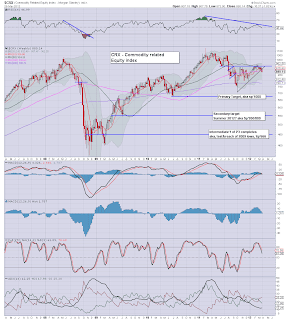 Now this is something I follow even more closely than the CRB. We have broken the October trend/channel line. It is important to note that it could still be a bull flag - in which case, we need a move back above 960 - which is 10% higher. That 10% higher is just to get back into a bullish phase, and frankly, that's asking quite a lot.

*note the MACD (blue bar histogram) cycle which WILL - baring a bizarre ramp on Thursday/Friday, go negative cycle next week. A potential major snap lower is very viable next week.


Some very mixed signals at the moment

Despite Wednesdays fall in the market, of which half the losses were reclaimed, the VIX still managed to collapse in the last hour to close red. So, where is the fear in this market?

The world indexes look pretty oversold on the daily cycles, it would be very natural for them to recycle back upward next week.

Yet, the two charts above are something I've been touting as 'things to watch for', and here we are with both flashing preliminary warnings. Confirmation for a major move to the downside would be next week.

*Equity 60min cycles are floored (as noted in an earlier posting), so we'll need to see what the bulls have, can they break a new high? Or...do we put in a slightly lower high at the top of the next cycle, 1415?

A question to ponder for Thursday...

Q. Are commodities the first warning?  We might well see sp'1440 - whilst commodities continue to show weakness...and then...equities follow within a week or two.

Posted by Trading Sunset at 11:00:00
Email ThisBlogThis!Share to TwitterShare to FacebookShare to Pinterest

Metals...still WEAK, despite the chatter

There do seem to be a lot of bullish metal articles appearing in the usual sites this past week. Yet, the weekly -and monthly, charts are NOT bullish. Quite the contrary in fact. 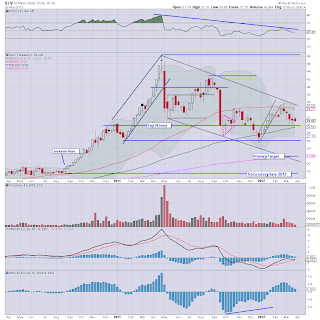 SLV is due to go negative cycle within 2 weeks. There is a real danger Silver could flash down to $25 at such time. Again, I'd argue, if we see sub $30..then the $20 target is confirmed to be hit sometime later this year. I suppose you could argue we have a bull flag for the past 2 months of trading. I am certainly open to that theory, but see how the last bull flag turned out last September. Urghh! 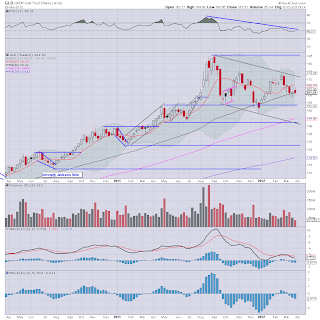 Gold is still stronger - across the longer term than silver, but it has already been negative cycle for a month and shows no sign of turning back up.


The Metal Bugs have their Eyes Wide Shut

The Pro-Metal Webmasters -and their legion of regular posters/lurkers are seemingly not willing to open their eyes to what is happening. It seems the same thing that happened last September could well happen again. Endless 'Silver to $60 end 2012' articles are being thrown out there, and yet here we are, and both Silver and Gold are showing consistent weakness.

From a purely technical outlook...both are WEAK. Even worse, if the main market continues melting upward, the 'flight to safety' positive aspect that both metals had will likely further lessen, and that will only cause more downward pressure on the metals.
Posted by Trading Sunset at 02:00:00
Email ThisBlogThis!Share to TwitterShare to FacebookShare to Pinterest
Newer Posts Older Posts Home
Subscribe to: Posts (Atom)