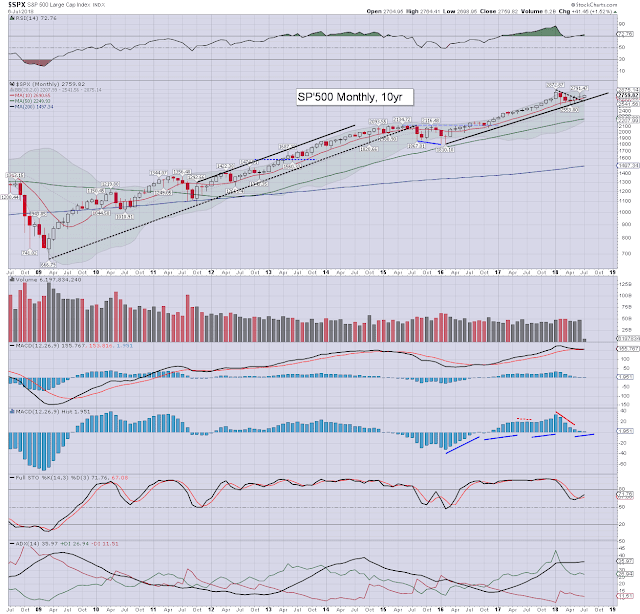 The sp' saw a significant net weekly gain of 1.5%, the best gain since early May. Seen on a bigger perspective, price structure was a bullish wedge from Jan>May. June saw an initial breakout, and we've just seen some choppy cooling into early July.

Underlying macd (blue bar histogram) cycle notably avoided a bearish cross, as price momentum has remained at least fractionally positive. Another up cycle is due, but that will offer a divergent lower cycle high - relative to January. It will make for a monstrous divergence, and is something that a few chartists have been warning about, since January.

Best guess: a little cooling early next week, but the 2800s look due before end month. I would seek new historic highs in August, as the 2900s look viable before end August. Big target of 2950/3047 looks on track by late summer, and that should act as concrete resistance. From there, I would look for a very sig' retrace.
-- 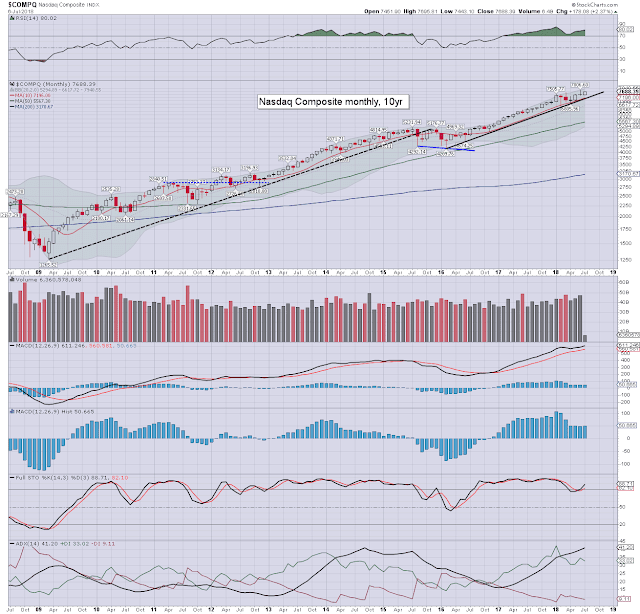 The Nasdaq comp' saw a rather powerful net weekly gain of 2.4%, settling at 7688. New historic highs are only another 1.5% higher, which is clearly within range before end month. 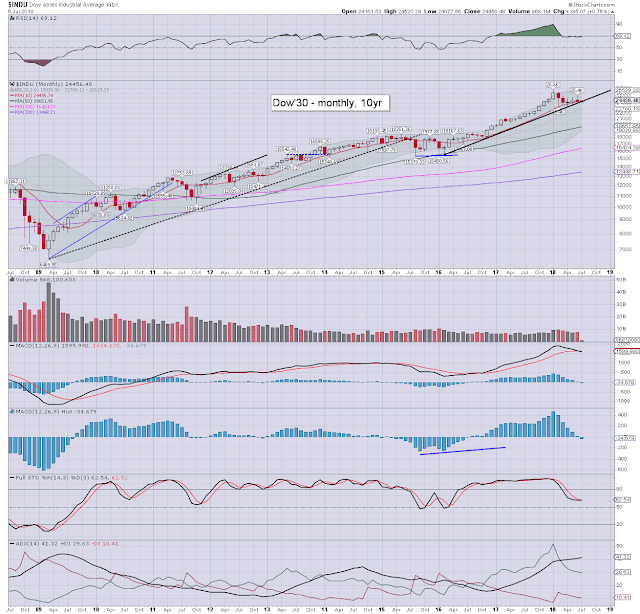 The mighty Dow was the laggard this week, gaining just a moderate 0.8% to 24456. The Dow is notably under the key 10MA. Further, the macd cycle turned negative with the July 2nd open. Considering the broader market, I'm inclined to see price momentum turn at least moderately positive in August. New historic highs (>26616) will not be easy though, as trade/tariff concerns remain, which especially weigh on the Dow stocks. 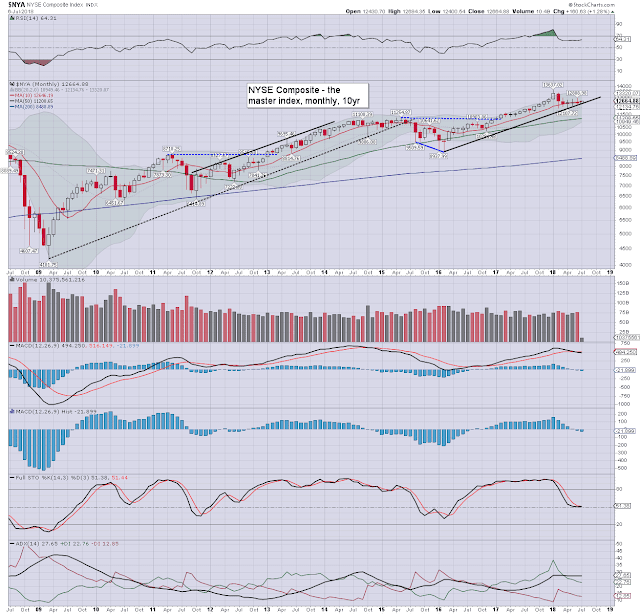 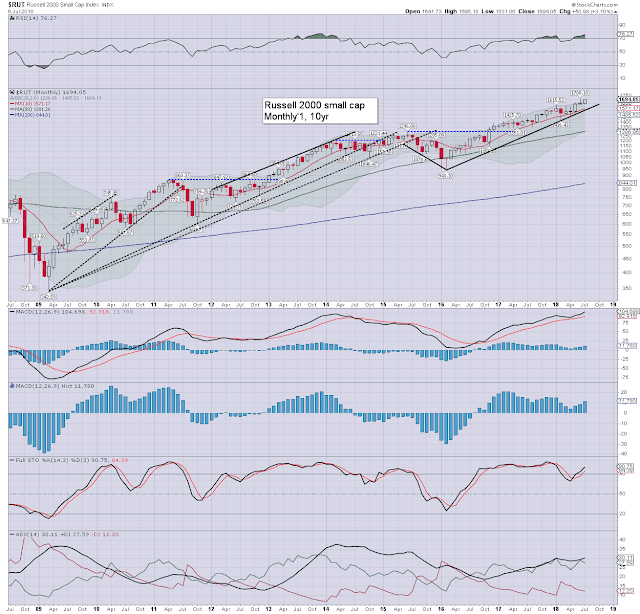 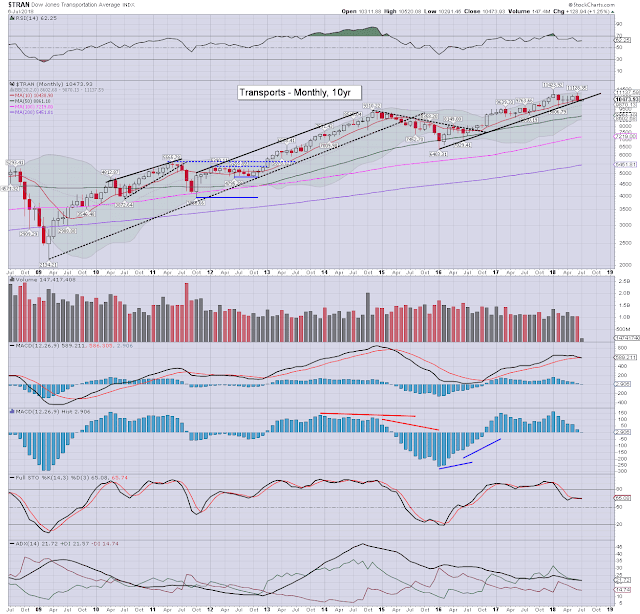 The 'old leader' gained 1.2% to 10473. The transportation stocks have not been fairing well, mostly due to (valid) market concerns about higher WTIC/fuel prices. My outlook for oil is bullish, and it'd not be surprising to see 80+ in August or September. If correct, that will be a major downward pressure on the tranny. That doesn't mean the index can't be net higher, but it will likely be a market laggard.
–

The R2K and Nasdaq are leading the way higher, and both look set for new historic highs within the near term.

The Dow is struggling on trade/tariff concerns, whilst the Transports are under pressure by sustainably higher energy prices.

The outlook for the summer is bullish, as the sp'2950/3047 zone looks very viable by late summer/early autumn.

Q2 earnings season will begin, PEP (Tuesday) and a quartet of the financials on Friday 13th: C, JPM, WFC, and PNC.