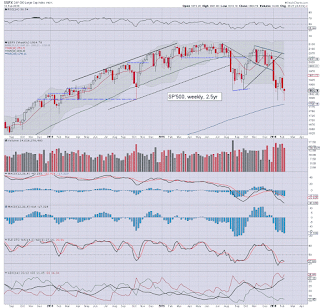 This week's candle is offering a spike floor, with a marginal lower low of 1810. First upside is the weekly 10MA, which next week will be around 1930.

Underlying MACD (blue bar histogram) cycle ticked lower for a second consecutive week. At the current rate, even if the market went straight up, it will take at least four weeks to see a bullish cross.

Best guess: bounce upside to the 1920/30 zone - where the 50dma will be lurking into end month, a little chop... and then more powerful downside from mid March into April. 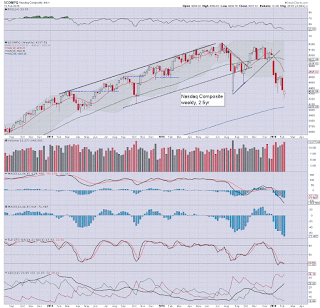 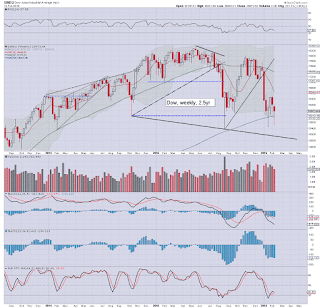 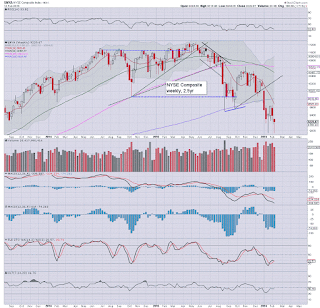 The master index continues to broadly decline, with a net weekly fall of -1.7%, settling @ 9229. The broader downside target is around 8K. 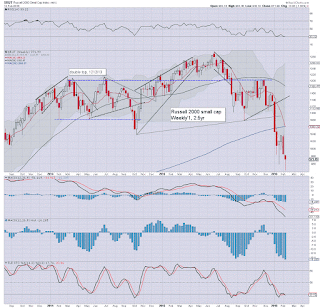 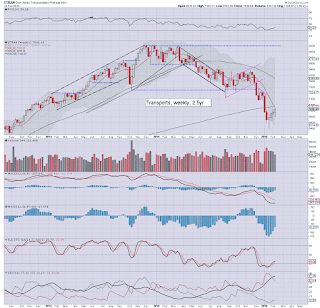 Despite ending on a very positive note, it was another bearish week for the US equity market, with most indexes breaking new multi-year lows.

The weekly candles for all indexes are highly suggestive of a near term bounce into end month. However, keeping the bigger monthly cycles in mind, much lower levels look due in March/April.

It will be a shortened week, but there are a few bits and pieces of note.

*there will be a sprinkling of Fed officials, notably Bullard, AH on Wednesday.
--

Back on Tuesday...................   unless Elaine was right
Posted by Trading Sunset at 17:00:00
Email ThisBlogThis!Share to TwitterShare to FacebookShare to Pinterest 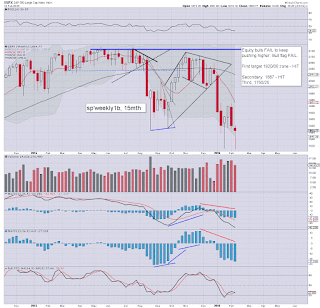 *the weekend post will be on the US weekly indexes.
Posted by Trading Sunset at 04:00:00
Email ThisBlogThis!Share to TwitterShare to FacebookShare to Pinterest 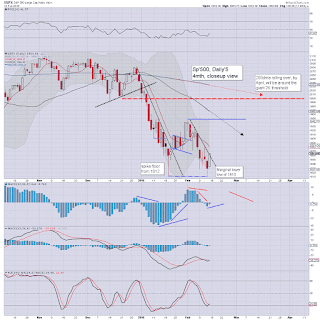 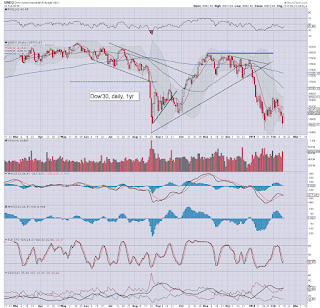 Suffice to add, a rather bullish end to the week, but broadly... its unquestionably just part of another short term bounce. The only issue is how high.. and for how long.