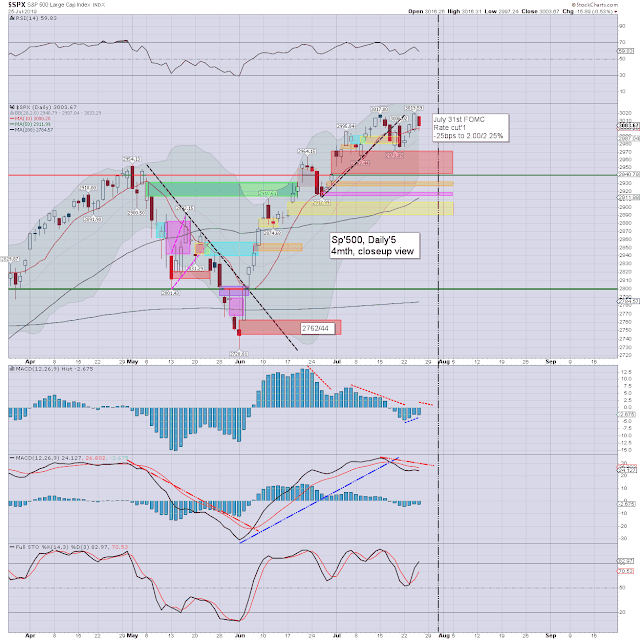 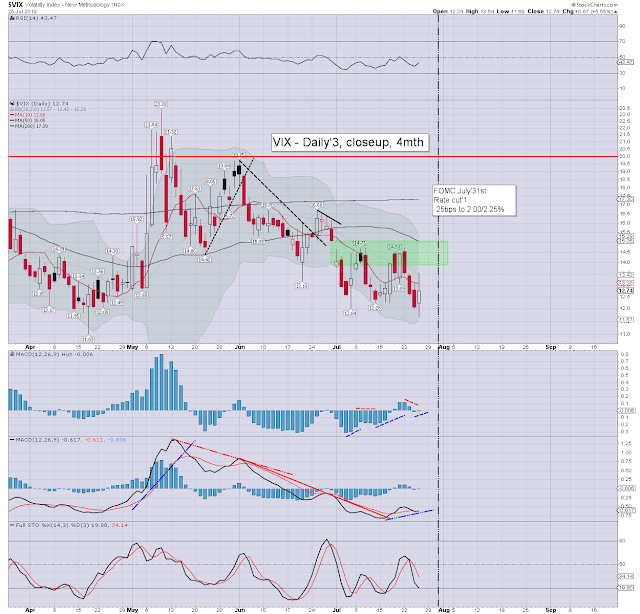 US equities were a little higher in pre-market, but just 5/10mins before the open... things turned red, and thus began a rather bearish Thursday. The afternoon saw some minor chop, but still settling on a weak note.

Volatility picked up, although the VIX remains at unusually subdued levels, settling +5.5% at 12.74. Friday is going to be real interesting, as its arguably a classic case of whether 'good news is bad news'. 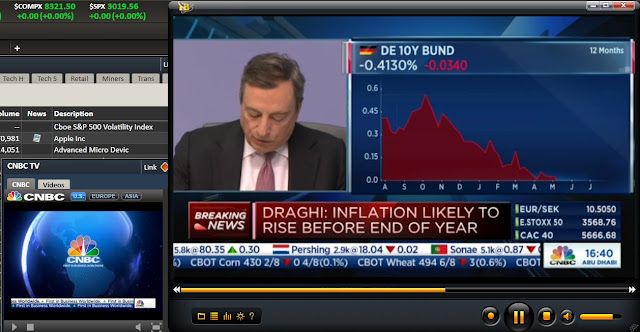 It was kooky in early morning to see the CNBC scale for German bond yields doesn't go below 0.00%. We are very much living within the twilight zone. As things are, it'd seem the ECB will cut rates in September, institute some kind of 'tiered rates', and eventually... spool up the printers.
--