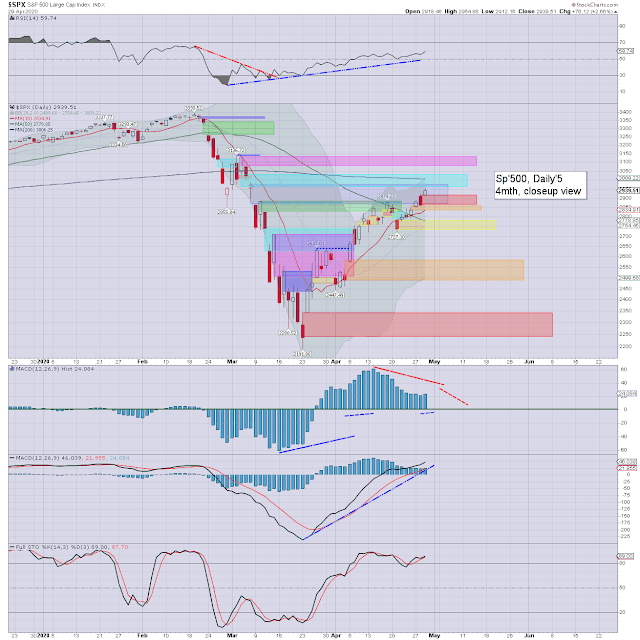 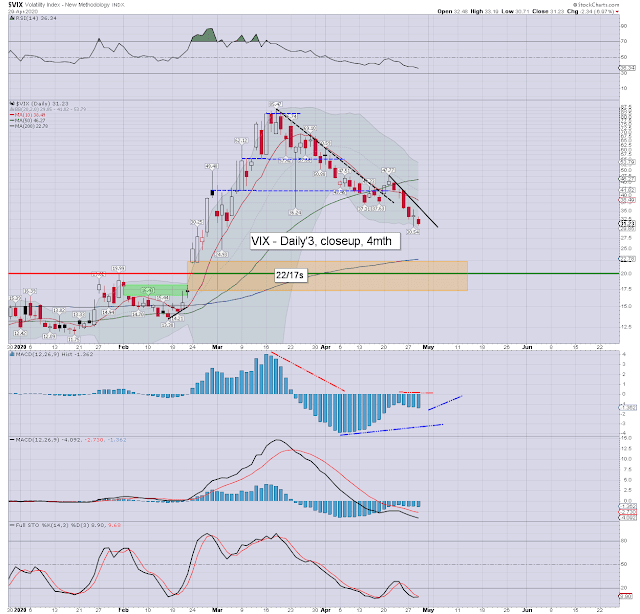 The day began on a curiously 'convenient' note. Q1 GDP data was due at 8.30am, but instead... news appeared about Gilead Sciences (GILD). 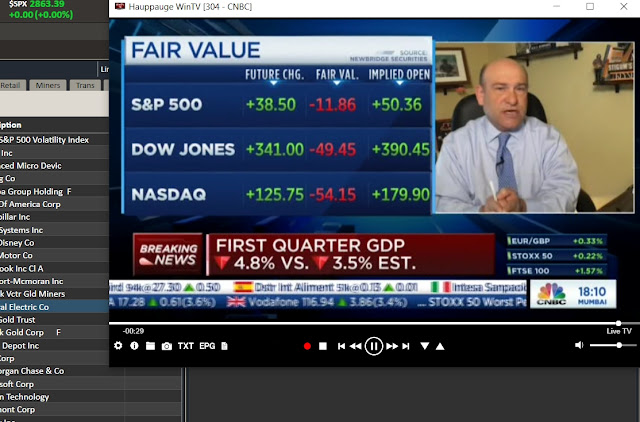 Incredibly, Liesman of CNBC argued the GDP news wasn't important relative to the Remdesiriv. Around 8.38am, the first print of Q1 GDP appeared... and it was a real ugly -4.8%. As things are, Q2 is likely to come in around -30% or so. So... it will officially be a recession... if not arguably depression. 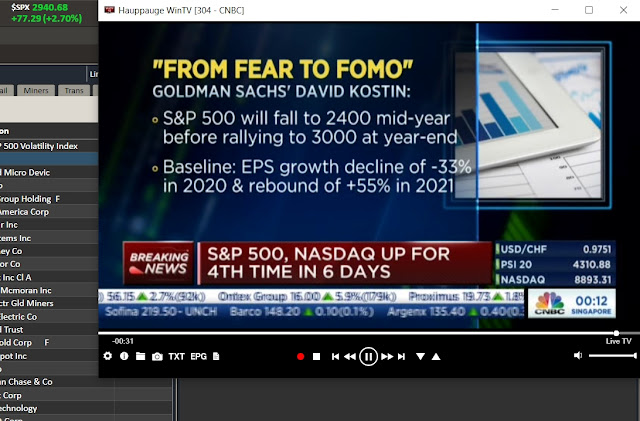 Kostin is seeking the 2400s, which is only a few percent yours truly.. who has minimum downside of the mid 2300s. For now.. a latter year recovery looks a stretch.. even if more stimulus bills are passed.
-- 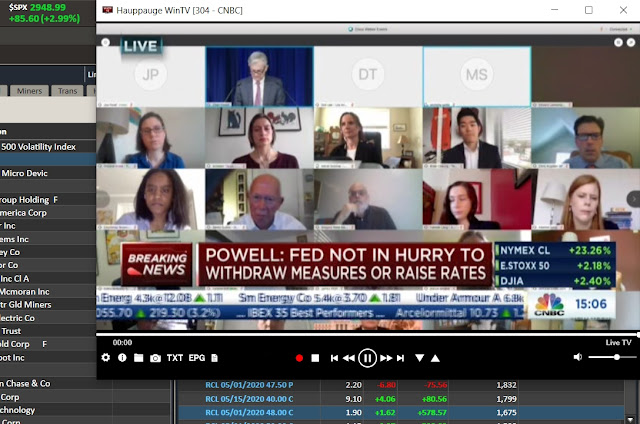 The Fed was a broadly non-event, with the market settling powerfully higher.