With the market relieved to let go of the QE-taper uncertainty, the US indexes gained between 2.4% and 3.6% this week. With a number of bullish engulfing candles, new historic highs, and bull flags - arguably now confirmed, the market looks set for further gains into early 2014. 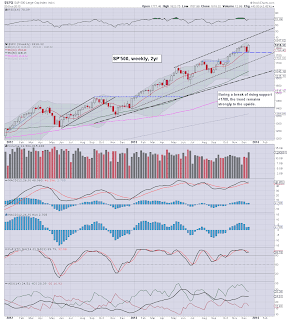 The sp' closed the week strongly, with a net gain of 2.4%. We have a bullish engulfing weekly candle, and that bodes for at least another 2-3 weeks of upside. With the monthly charts also offering the 1840s, it is not hard to consider the door open to 1875/1900 in the current wave - by late January. 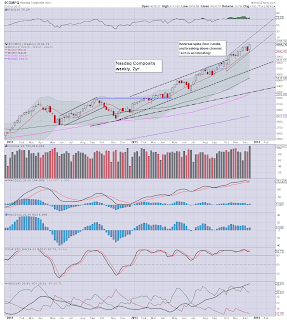 An impressive 2.6% gain for the tech, with the nasdaq holding the 10MA. There looks be upside to the 4300s by late Jan. A powerful index..remaining within what is something of an accelerated up trend. 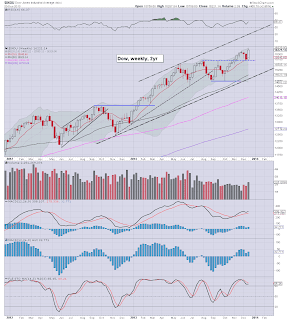 The mighty Dow soared 465pts..a gain of almost 3.0%. The Dow is now the most bullish index out there - having lagged for six months this year. We have a clear break out from a tight range...a successful back test, and closing the week with a powerful bullish engulfing candle. Without question....100% bullish into early 2014. 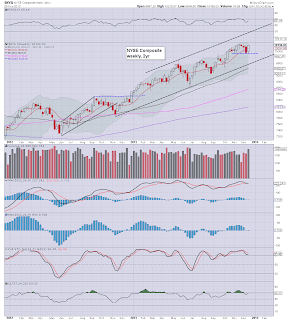 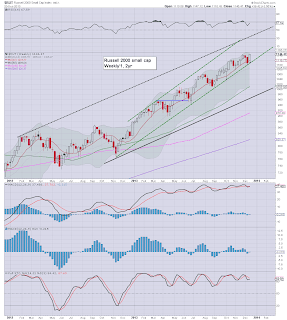 The second market leader climbed a very strong 3.6% this week, and now looks set to break into the mid 1200s by late Jan. The R2K remains the strongest index since Nov'2012 - when it was a mere 763. 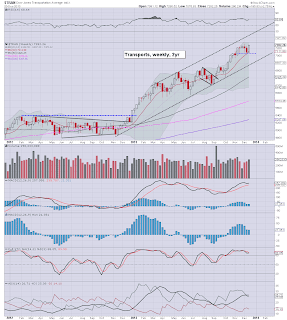 Price formation has been - as I suspected, bull flags on the weekly charts, and with most indexes sporting bullish engulfing candles this week, and breaking new historic highs, there is no doubt where we are headed into mid/late January.

I'm very much holding to the original outlook from early summer. 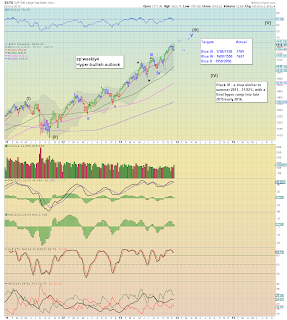 Next week will be the quietest one of the year. We do have some econ-data on Mon/Tuesday, including Durable Goods orders.

Normal trading hours resume across Thur/Friday, but no doubt..it'll be quiet. The only thing that might get the market pushed a little higher...some bullish chatter on Christmas-holiday retail sales.

It has been a long year...and frankly, I'm about burnt out. Thank the gods things will be quieter for at least the next ten days or so. I've seen a fair few traders walk away from the market this year, along with a number of chart sites closing down. No doubt..they won't be the last, not least if we have another two years of 'broad upside'.

Back on Monday  :)
Posted by Trading Sunset at 19:13:00
Email ThisBlogThis!Share to TwitterShare to FacebookShare to Pinterest
Newer Posts Older Posts Home
Subscribe to: Posts (Atom)