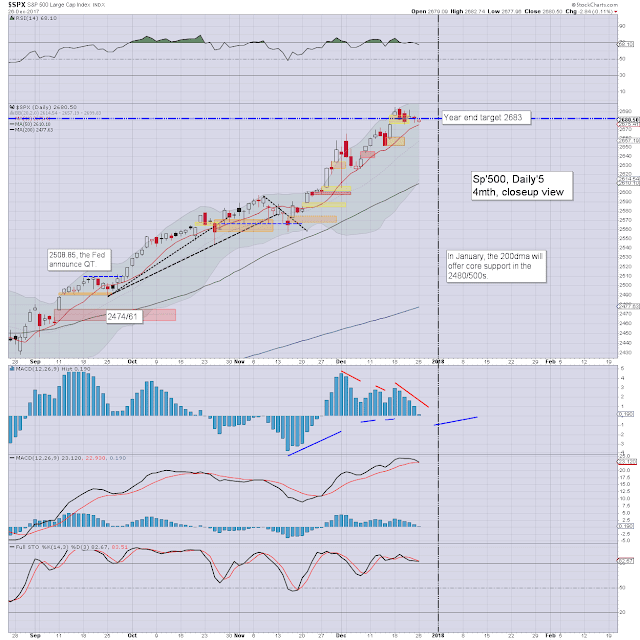 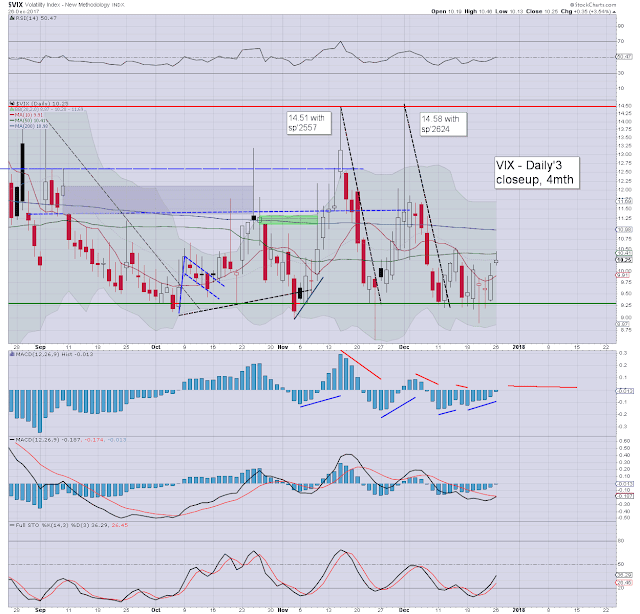 US equities opened fractionally mixed, and that was how it remained across the day. Seasonally, the 'Santa rally' began today, but so far... there is no sign of it. The equity bulls have nothing to prove of course, after a year of powerful gains.

Market volatility climbed for a second day, settling in the 10s. Whether 9s, 10s, or the 11s though, its arguably all to be regaded as noise. The low teens look out of reach in the near term. The key 20 threshold looks out of range until at least the latter half of January.
-- 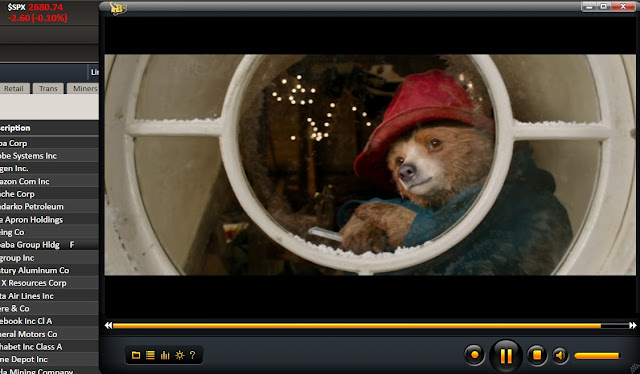 ... Mrs Brown says that in London, everyone is different, but that means.. anyone can fit it in. I think she must be right, because although I don't look like anyone else, I really do feel at home. I will never be like other people, but thats alright.... because I'm a bear. A bear called... Paddington