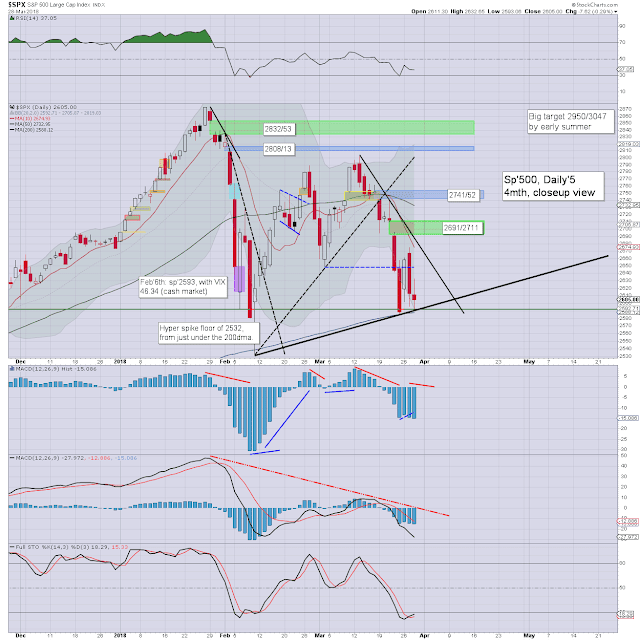 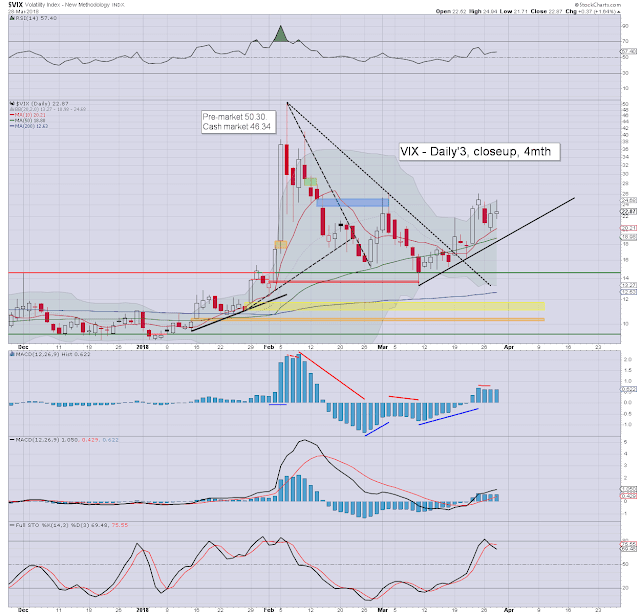 US equities opened a little choppy, saw an early low of 2593, and then battled upward to 2632. The gains were always shaky though, and the market saw renewed choppy cooling into the close. The market feels very weak, and a break of the 200dma appears increasingly probable. On balance, its more viable early next week than tomorrow.

With equities still leaning on the weaker side, volatility picked up (intra high 24.95), with the VIX settling in the upper 22s. If the market spirals lower on a break of the 200dma, then big VIX target would be 29/30.

Yes, Thursday obviously follows Wednesday. The issue I wish to highlight is that Thursdays do tend to favour the equity bears. Tomorrow will be complicated by the fact it is not just the end of the week, but the month and quarter. Its been a very mixed month, and as things are, its going to be a second month for the equity bears.

Even if tomorrow ends on a somewhat positive note, I'm still concerned we'll see a daily close under the 200dma in early April, with a washout to the legacy gap of sp'2474/61. Q1 earnings should come in broadly superb, and that would be the natural excuse for renewed upside.
-- 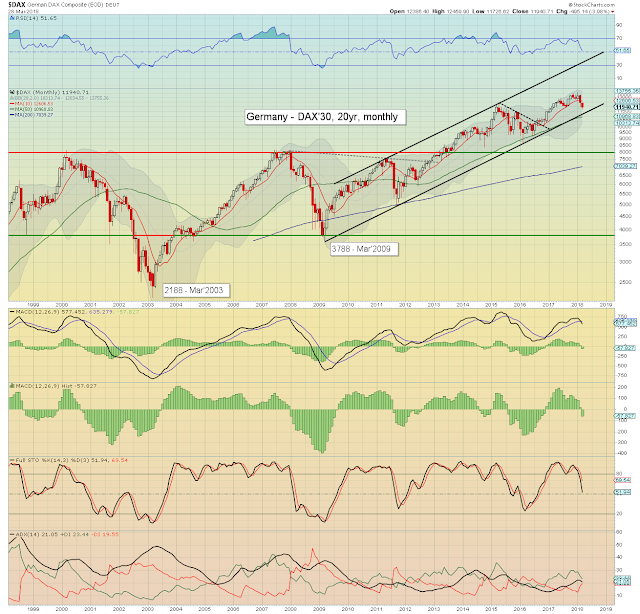 I'd guess that Germany is also closed on Friday, so there is likely just one trading day left of the month. Clearly, the DAX is set for a bearish monthly close under the key 10MA. This does merit as an alarm bell. I'll cover the world markets in the weekend post. 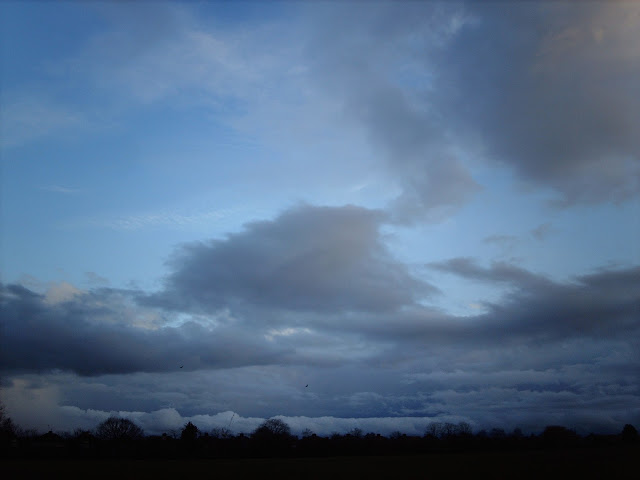