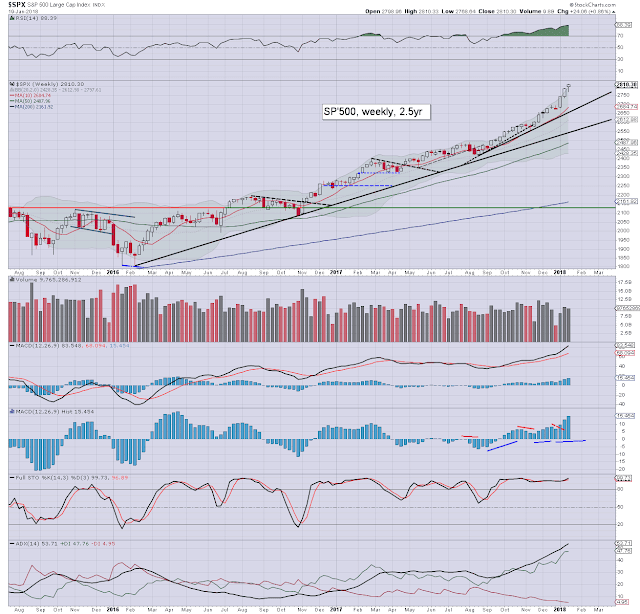 Best guess: continued broad upside into the late spring/early summer, with big target of 2950/3047. The market will be extremely prone to stall within this zone, and then see a correction of 5%. Unless there is a geo-political 'shock' this summer, I'd look for the market to then resume upward. The year end target of 3245 is on track. 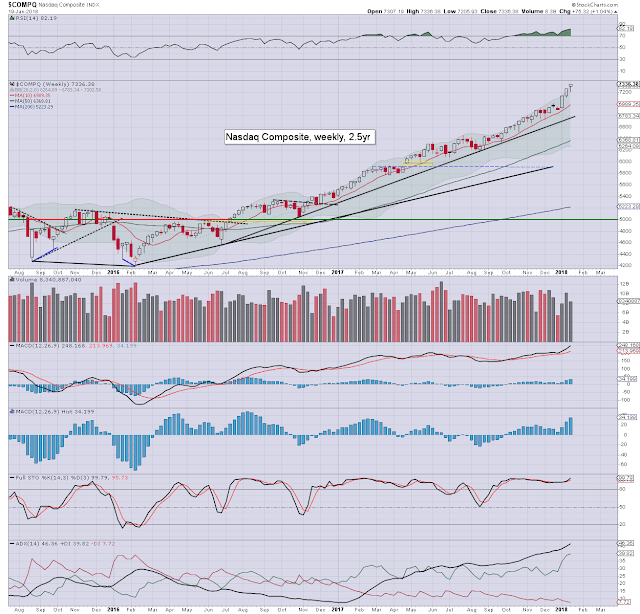 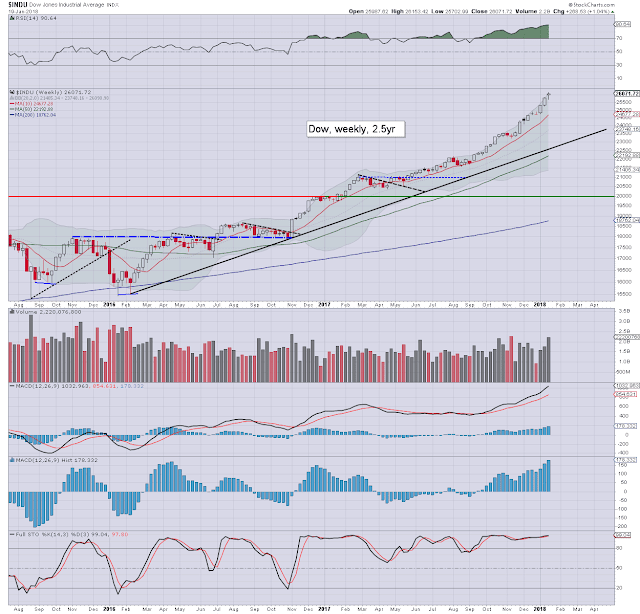 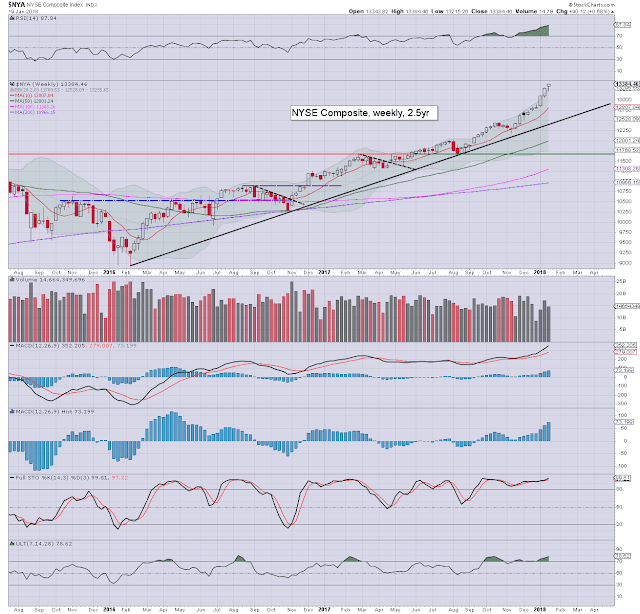 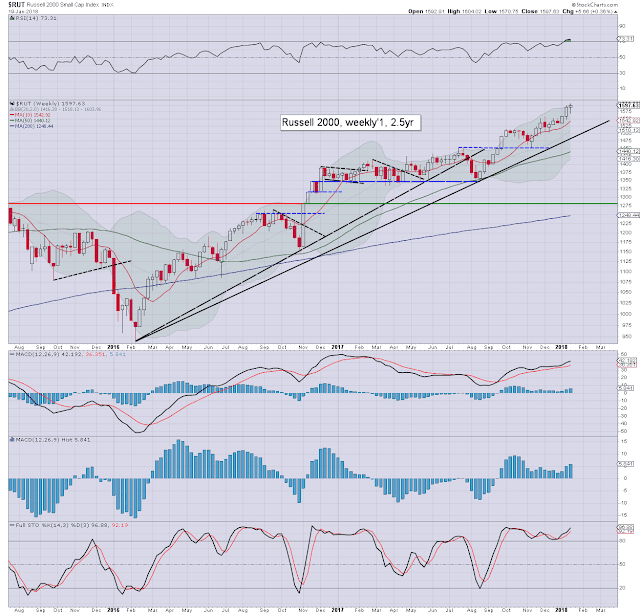 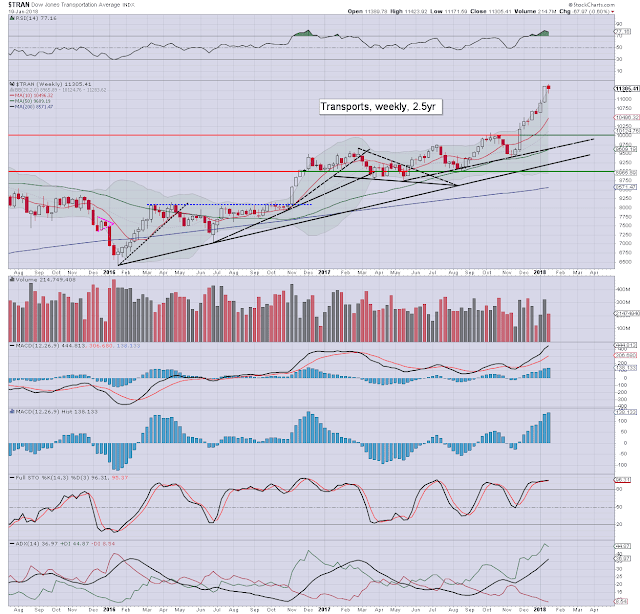 The 'old leader' - Transports, struggled this week, settling -0.6%, but did manage a new historic high of 11423. The tranny is cyclically extremely high - much like Dec'2016, but that doesn't mean a sig' down wave is due in the near term.
--

The Dow and Nasdaq are leading the way, with the Transports lagging.

All indexes have around 5% of downside buffer before first soft support would be tested.

Equity bears have nothing to tout unless a majority of indexes see a bearish monthly close.
--

As well as a truck load of corp' earnings...

*World economic forum annual meeting: Davos, Jan'23-26. That will capture a great deal of media/mainstream attention this week. Interestingly, Trump will be there, due to speak Friday 1pm UK/EU (8am EST).

**The only fed official due is Evans (Tues' evening). After that, the usual blackout period will be in effect, as we have an FOMC the following week.
--