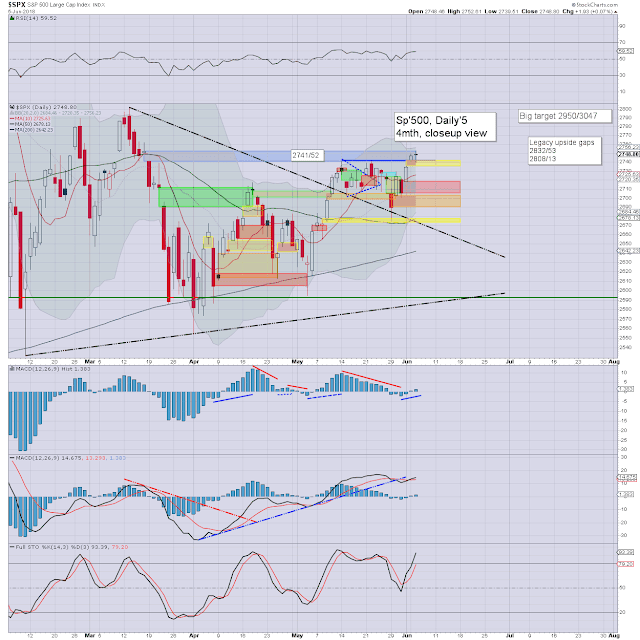 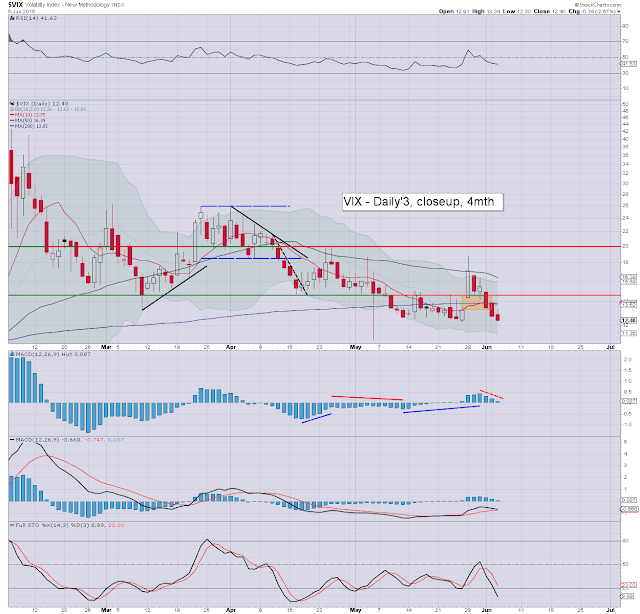 US equities opened fractionally mixed, with the sp' leaning upward, and seeing an early high of 2752 - notably filling the gap from March 19th. From there, a s/t cyclical rollover, with some choppy cooling to 2739, before choppy upside in the afternoon.

The R2K and Nasdaq comp' broke new historic highs, and regardless of any s/t cooling, such new highs bode very bullish for the main market this summer.

With news of an inclusion (from this Thursday morning) to the sp'500, Twitter stock had another very strong day. The stock is m/t bullish, and looks set for psy'50 by late summer. 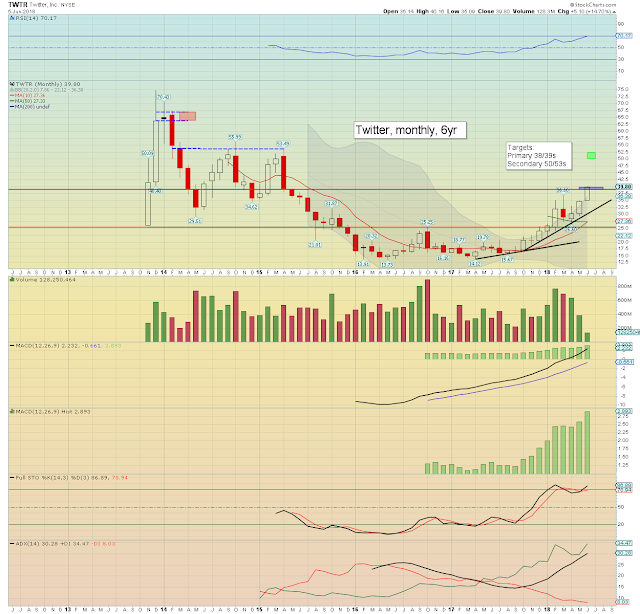 Yours truly has regularly posted on Twitter since spring 2017. That has been very beneficial, helping to greatly increase my audience at zero expense, other than my own time and energy. However, there is a downside, and here is just one example from this morning...

My name was @ tagged in a tweet from one person about the UK Govt', but that then devolved into 'world leader' chatter, with this... 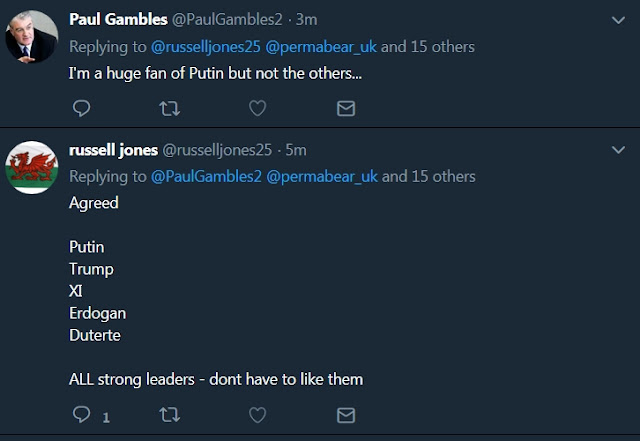 See the 'replying to' part? My name was part of a group of 17 that the original poster (some 5-6 tweets higher) sent out in the initial tweet.

In terms of the tweet by RJ, I'll restrain myself, and merely say I wish to not be associated in ANY way with that kind of sentiment. I'd imagine Xi wouldn't be particularly pleased to see himself being included within that quintet.

Here is the issue though, Twitter, has an increasingly complicated rule set, one of which is effectively 'guilt by association'. There are a fair few Twitter users who have been shadow banned, or just outright seen their accounts scrubbed, because someone has tagged their name within a tweet that the Twitter algo has deemed as nasty, etc.

As of right now, there is no way to stop someone from tagging your twitter name/handle, and adding it to a tweet/message that might be against Twitter T&Cs. It is a problem, and I'm not hopeful it will be resolved any time soon.

Suggestion/request: a simple feature/option to allow a Twitter user (via their profile settings) to prevent ANY non-follower (or blocked user) from tagging your name.

Ohh, and I still continue to believe Twitter should charge an annual fee, if only $25, to help dissuade some of the lunatics from 'contributing'. I'd agree though, that maybe 95% of the user base would disappear overnight with such a policy.
-- 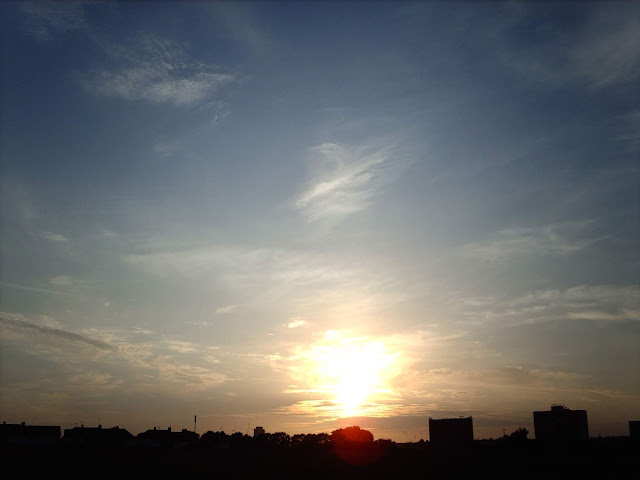