Pushing out the reacceleration 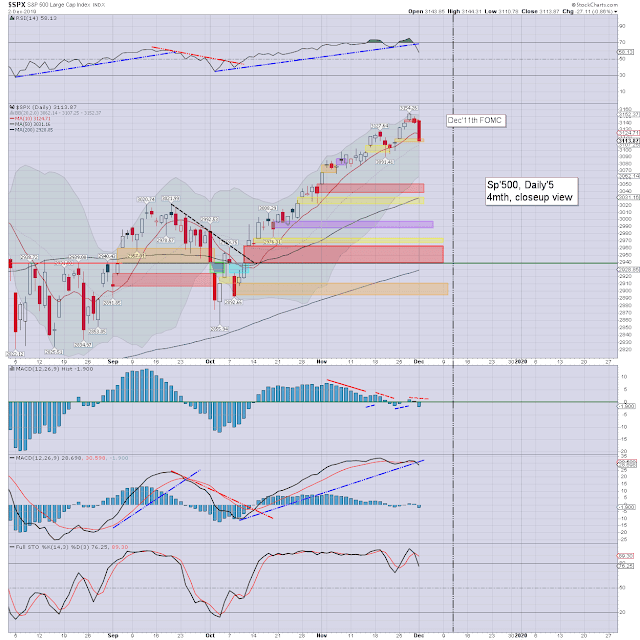 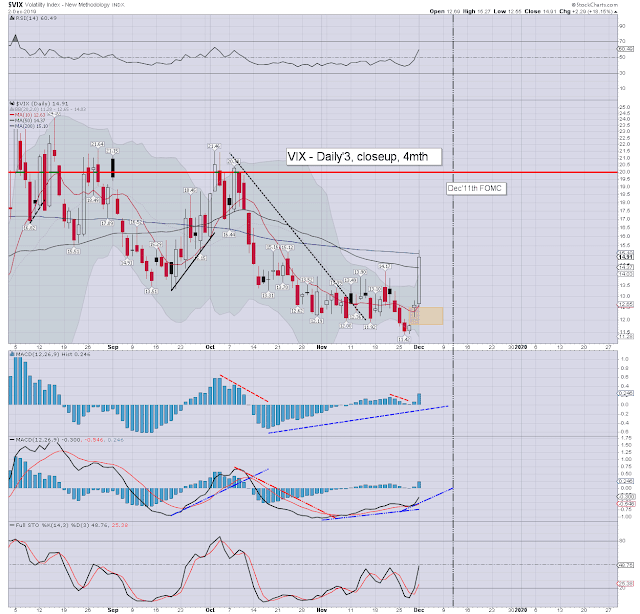 The last month of the decade began with a couple of market related messages from the US President...

It is certainly the case that Trump would like a weaker USD. However, the Fed have nothing to do with that (directly), and its actually the job of the US Treasury.

Equities opened a little higher, but the gains were shaky. With the ISM manu' printing a recessionary 48.1 vs 48.3 prior, that didn't help, and equities spiraled lower to 3110. The afternoon saw a bounce, but that was relatively weak, with the closing hour seeing renewed downside.

Again, Trump sure doesn't like the broadly strong USD, and took a rather fierce swipe at the Fed and Powell. Who was it that appointed Jay 'ridiculous policies' Powell?
--


Pushing out the reacceleration

In March of this year, the mainstream cheerleaders were relentlessly touting a 'second half recovery'. That has now been pushed out to a 'reacceleration in Q2 of 2020'.

Farley "Is a recession possible next year?"
Orlando "Err... no!".

That is a pretty bold call. Regardless, the point stands, the mainstream never did get their H2 recovery, and instead are now hoping for something in Q2 of 2020.
-- 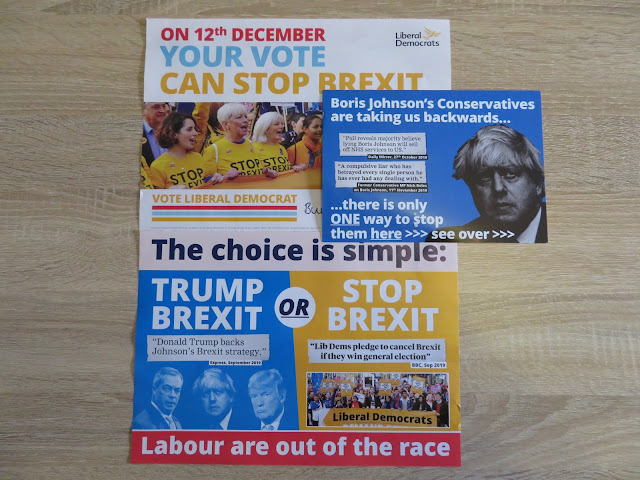 ... both pieces were from the Liberal Democrats. Once again, they are trying to make Johnson look bad, with an association to Trump. The mainstream are currently expecting a Johnson victory, but they are the same people who never saw the original BREXIT vote coming, or anything of significance in recent years.

Meanwhile... a rather disturbing story...
https://www.mirror.co.uk/news/politics/uk-ministers-talks-drugs-giant-20967881

It would seem Johnson/Conservatives have already been trying to arrange a provisional agreement between the Trump admin' and various US healthcare corporates. So... worse case, UK drug prices soar, perhaps ten fold. You can call it whatever you like, I call it morally contemptible.

*The UK election is Dec'12th, and yours truly has already voted.
--

Goodnight from London
--
If you value my work, subscribe to my intraday service.
For details and the latest offers, see: Permabeardoomster.com
Posted by Trading Sunset at 21:20:00
Email ThisBlogThis!Share to TwitterShare to FacebookShare to Pinterest
Newer Posts Older Posts Home
Subscribe to: Posts (Atom)