With the market actually showing a little weakness today, the VIX closed higher, but only by 4.5% to the 17.8 level. 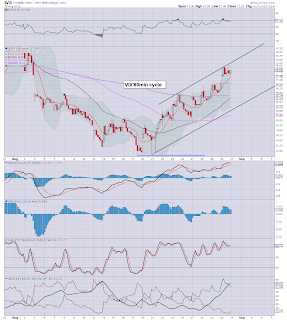 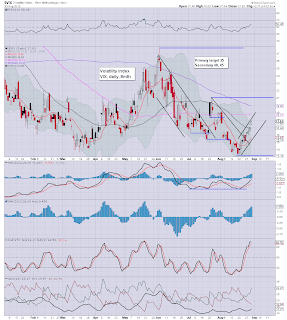 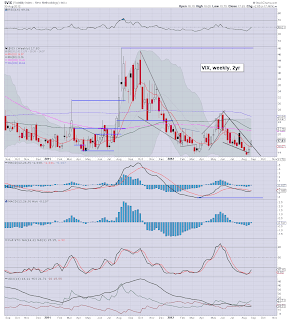 So, after two trading weeks, the VIX is up from the low 13s to the high 17s. It is still a very low VIX level though, but the trend is certainly up.

Bears should seek a VIX weekly close >18 tomorrow. Anything in the 19s would be a real bonus.

The 'doomer bears', will certainly be seeking a VIX of 35/45 this Autumn at some point. The weekly VIX cycle is due to go positive MACD cycle next week! An 'explosive' move is....soon viable.

Finally, a little bit of price action! Market weak into the close, and close to breaking the baby bear flag. A good close for the bears.

However ,the VIX still shows little conviction of serious upside, only climbing 3% to the mid 17s 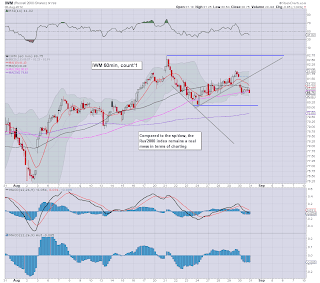 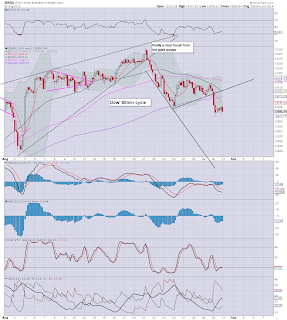 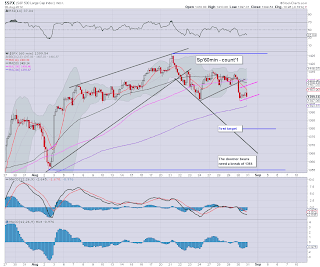 A lot will indeed depend on the Bernanke tomorrow, yet as ever, how the market interprets the words..even more important than the words themselves.

More later in the evening
Posted by Trading Sunset at 21:04:00
Email ThisBlogThis!Share to TwitterShare to FacebookShare to Pinterest

Declines continue to largely hold, a baby bear flag is currently apparent on the hourly cycle 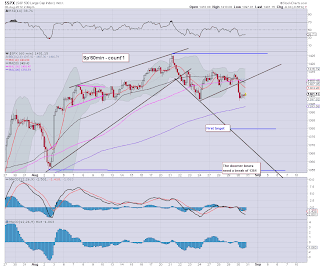 Its not bad little flag, so long as we don't climb back about the hourly 10MA of 1404/05, it can be said to be a bearish formation for the closing hour and into early tomorrow.

1380 sure looks 'best case' tomorrow, I just can't see anything below that in the near term.

The transports might get a very important weekly, and monthly close <5000 tomorrow.

The declines are at least holding. VIX remains clamouring onto gains of a mere 4%. It remains a very stable market, there is still no serious concern out there.

Considering the daily MACD cycle - as seen on most indexes, we're pretty low, it'll be real tough to break 1380 this cycle. I don't think it'll break. 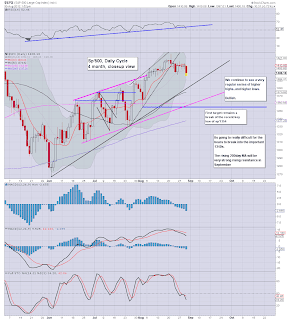 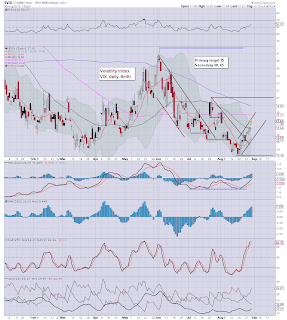 I think a few are actually surprised we're dow-100pts right now. Its still only a 0.75% move though, and barely rates as 'moderate'.

As for tomorrow, its really hard to call, but clearly the immediate trend is highly suggestive of weakness down to around sp'1385/80 at some point tomorrow. That would make for a very natural low before the 3 day holiday.

Stay tuned
Posted by Trading Sunset at 18:55:00
Email ThisBlogThis!Share to TwitterShare to FacebookShare to Pinterest

Without getting lost in the day to day noise, the bigger weekly cycles are indeed showing some interesting trend changes.

Even the VIX is starting to flash an initial warning of trouble for the September-October period. 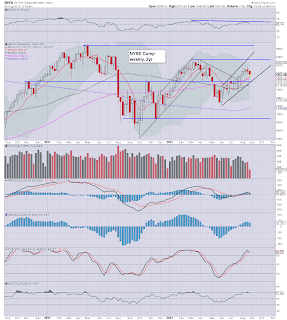 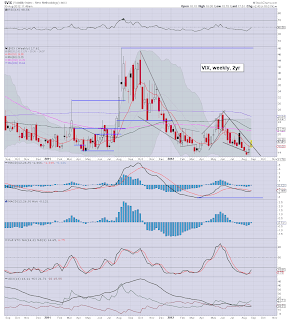 I think the above two charts pretty much summarise where we are at. The VIX is showing a provisional breakout, but we need a close in the 18s tomorrow to solidify it.

The master index is rolling over, but bears must not get confident until we break <7800. That sure won't happen tomorrow, and it should be the target for the first half of September.

An interesting day, and its something of a relief to see some price movement!
--
back at 2pm.
Posted by Trading Sunset at 16:54:00
Email ThisBlogThis!Share to TwitterShare to FacebookShare to Pinterest

Good morning. It looks like we're seeing some pricing in of disappointment tomorrow for those seeking QE in the near term. VIX is only up 3% though, that's pretty weak considering the opening drop. 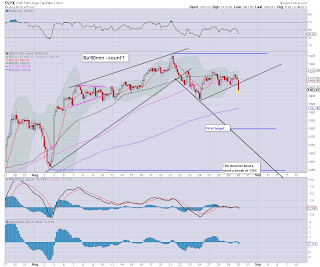 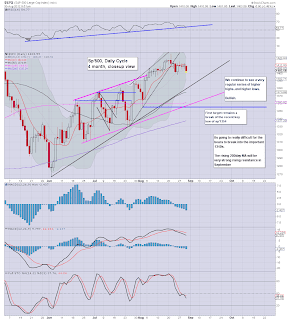 I'm not at all getting excited over this open, I sure don't trust it. The move is still minor, and VIX is not suggesting anything that can be sustained.

Best bear case tomorrow, is a move to the trend of 1380. I don't expect that to break, but even if we do, the vastly more important trend of 1350 is going to be concrete resistance.

Just consider the daily MACD cycle,its already pretty low, sure won't be easy to go much lower. All it'll take is one comment from Draghi to whipsaw this nonsense back upward.
--
Back at 12pm.
Posted by Trading Sunset at 14:54:00
Email ThisBlogThis!Share to TwitterShare to FacebookShare to Pinterest 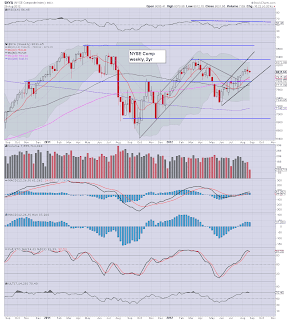 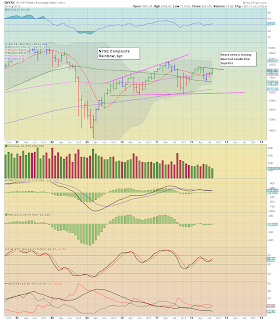 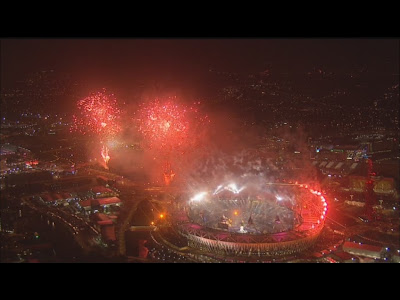