A retrace to the breakout zone? 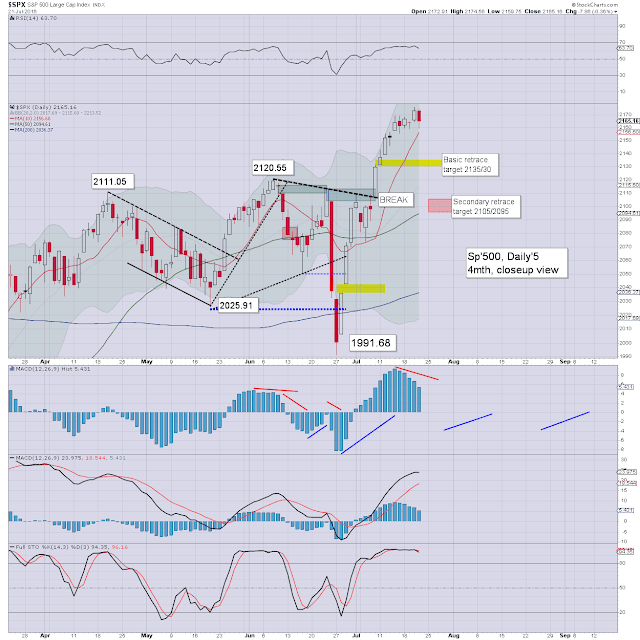 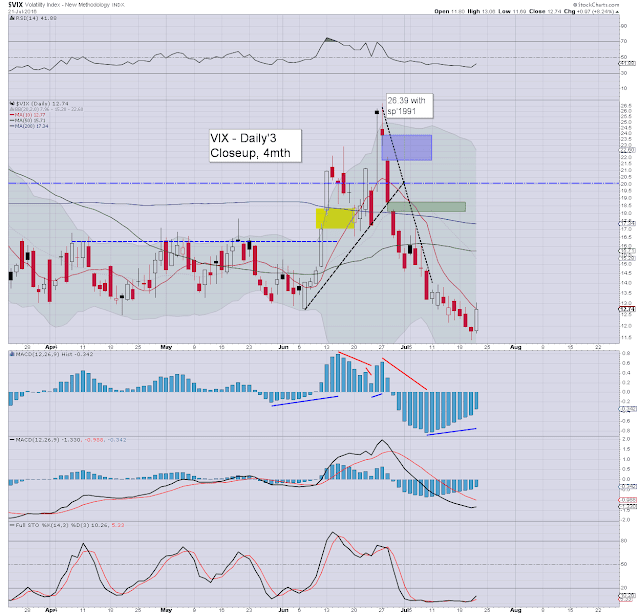 So, moderate declines, and frankly, nothing for the equity bears to get excited about. Even a move to the sp'2130s next week would merely make for a minor retrace, before the 2200s.

VIX failed to close in the low teens for a sixth consecutive day, which kinda sums up just how strong/confident the US market is. The key 20 threshold looks out of range until at least mid/late September. 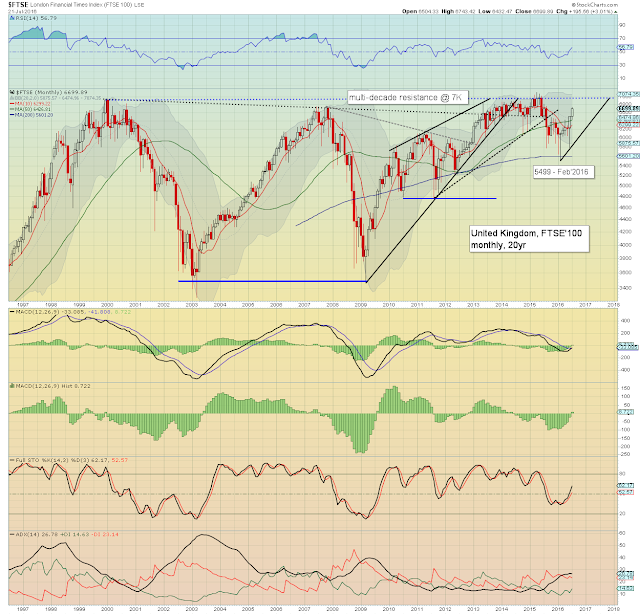 A July close >7k looks out of range, but by Sept/Oct, it looks viable. A break/hold >7K would be extremely bullish, and bode for broader upside to the 8000s in early 2017. Most other world markets look similarly bullish.


--
Regardless of any further cooling tomorrow/early next week, the underlying upward pressure should be clear to almost everyone.

I'm well aware of some out there touting a return to the sp'1800s by the early autumn, yet... how is that going to occur? Even the 'shock' BREXIT result only resulted in a two day decline.. and the second day even saw the VIX close red!