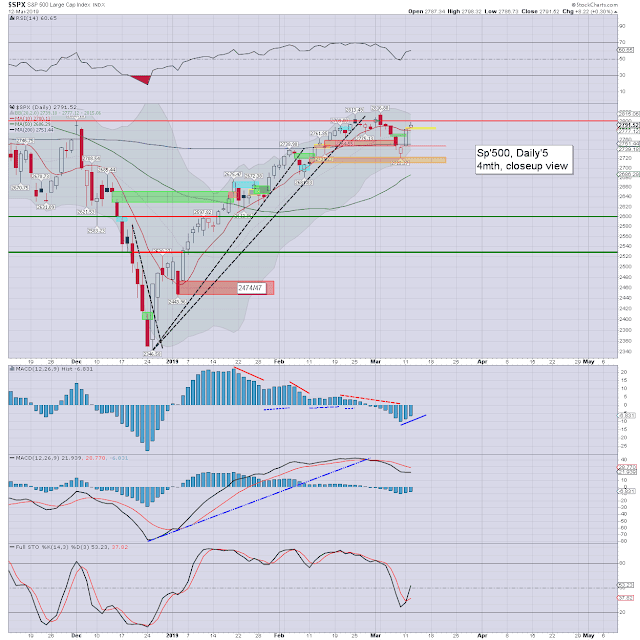 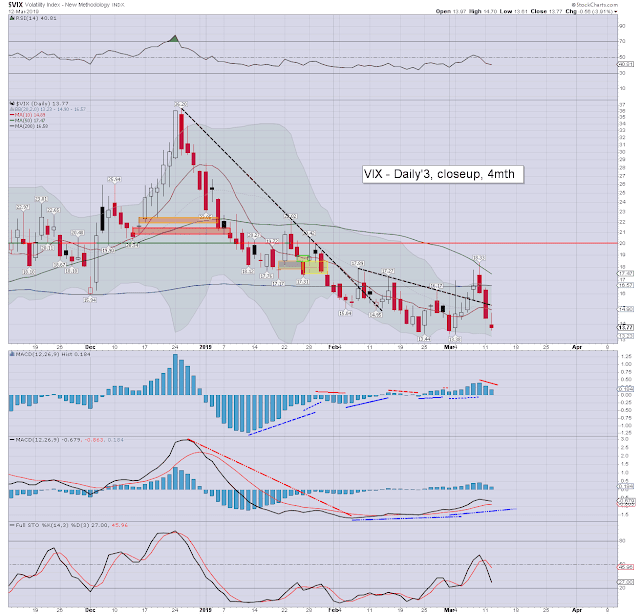 US equities opened a little higher, and leaned upward into the afternoon, as the SPX pushed for the 2800 threshold. Whilst March 1st saw a daily close of 2803, the following day saw a bearish engulfing candle, with subsequent downside to last Friday's low of 2722.

To be decisive, the bulls need a daily close in the 2817s or higher. That would fully open the door to new historic highs. Again, I would keep in mind that the March 20th FOMC might see the fed announce an end date for QT. The mainstream would likely run with that as the excuse for another sustained push higher into end month/early April.

This evening saw the May administration lose yet another BREXIT vote, by a monstrous margin of 242/391. 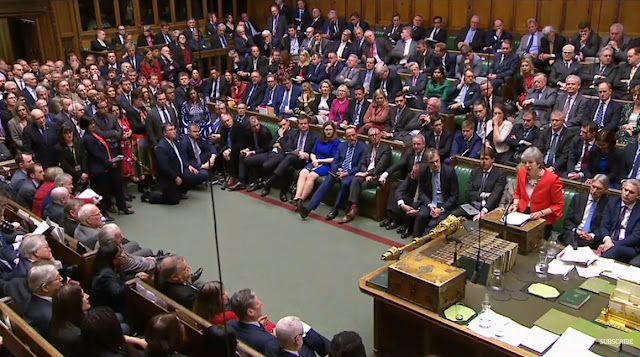 Without question, its become the biggest political mess of the modern era. Its notable that whilst there is occasional talk of a second referendum on whether to leave the EU, it really is a wildly messy situation. A delay/cancellation of BREXIT still seems probable, but the clock is ticking... and runs out March 29th.
--