Lets take our regular look at six of the main indexes 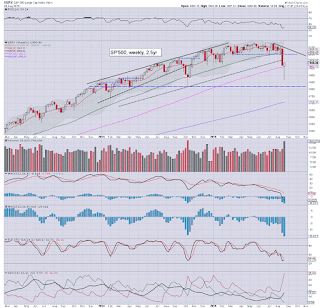 The closing weekly candle is suggestive of further upside into September. There are multiple aspects of resistance from the psy' level of 2000 to the 2050/70 zone. Sustained price action >2080 looks highly unlikely for some months.

Indeed, a particularly bearish scenario is that the move to 1867 was merely a sub'1, wave'A (or however you want to name it), a bounce is now underway, with an equally severe down wave in late Sept'/Oct' to at least test the Oct'2014 low of 1820. 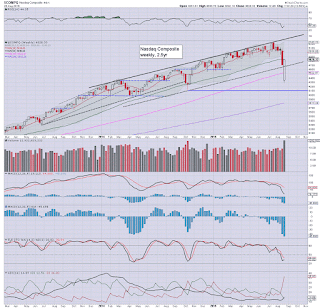 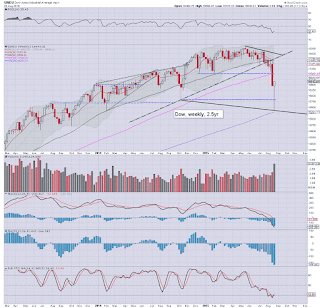 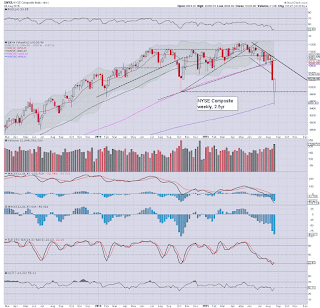 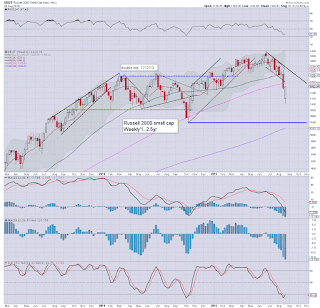 The second market leader settled +0.5% @ 1162, having hit 1102. There will be strong resistance around the 1200 threshold in Sept'. Renewed downside to test the Oct'2014 low of 1040 looks possible. Sustained price action under the giant psy' level of 1000 looks unlikely in even the most bearish scenario. 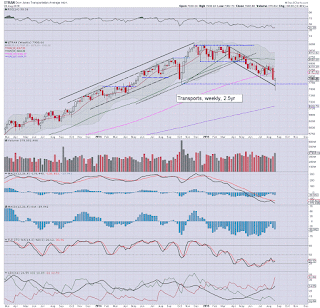 Without question, it was a week of extreme and repeatedly wild swings.

Equity bears gave the bull maniacs the biggest scare since the collapse wave of August 2011. Despite all indexes managing net weekly gains, the technical damage done to the weekly and monthly cycles is rather monumental.

Frankly, sp'1867 makes little sense as a key low for the year, and I expect it to be undercut in late Sept/Oct'. To me, the only issue is whether we'll see the low 1700s, before a late year rally into Christmas and early 2016.

The coming week will largely center around the monthly jobs report, and what that might imply for the next FOMC (Sept'17th).

*it is notable that Monday is end month.. so price action will likely be somewhat dynamic with higher vol'.. not least as many will be anticipating the next FOMC.

The wildest trading week in years

It was unquestionably the wildest trading week since at least August 2011. With the sp'500 collapsing to 1867 (with VIX 53s), a successful re-test at the Tuesday close, and then seeing a hyper ramp of 126pts (6.3%) to 1993. The coming weeks.. and perhaps months, will offer more powerful swings. 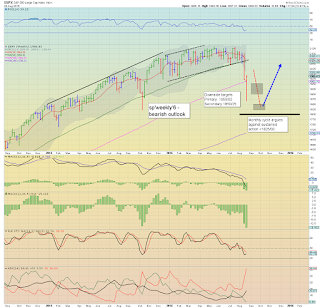 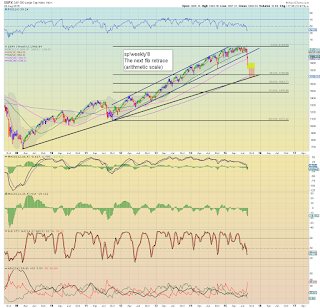 Suffice to add, it was an incredible week to be part of... and I expect more wild action in Sept/Oct... regardless of whether the Fed raise rates. In many ways.. they are arguably in a lose-lose scenario.

I remain open to a much deeper intermediate correction to the low 1700s.
--

Bonus chart to end the week

More than almost anything right now, the following chart should be a stark reminder to those believing we will just push straight up to new highs for the remainder of the year. 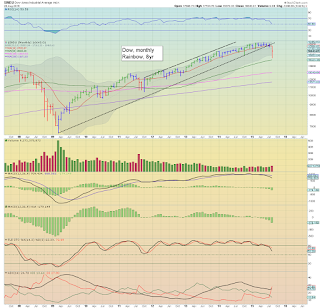 With one trading day left of the month the Dow is net lower by -1046pts (5.9%). I'm guessing Monday will be a net daily decline, so that closing month number sure ain't going to be pretty.

Goodnight from London
--
*the weekend update will be a full review of US weekly indexes
Posted by Trading Sunset at 04:00:00
Email ThisBlogThis!Share to TwitterShare to FacebookShare to Pinterest 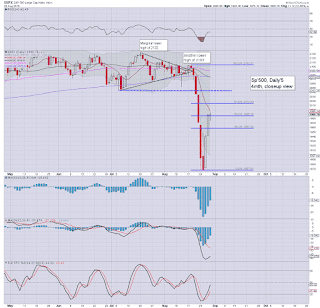 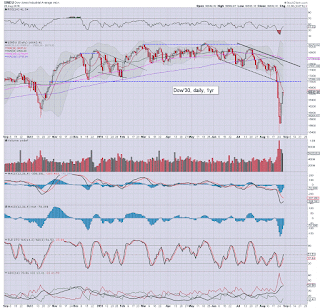 Broader downside into Oct'... the low 1700s remain a viable prospect in the next down wave.
--