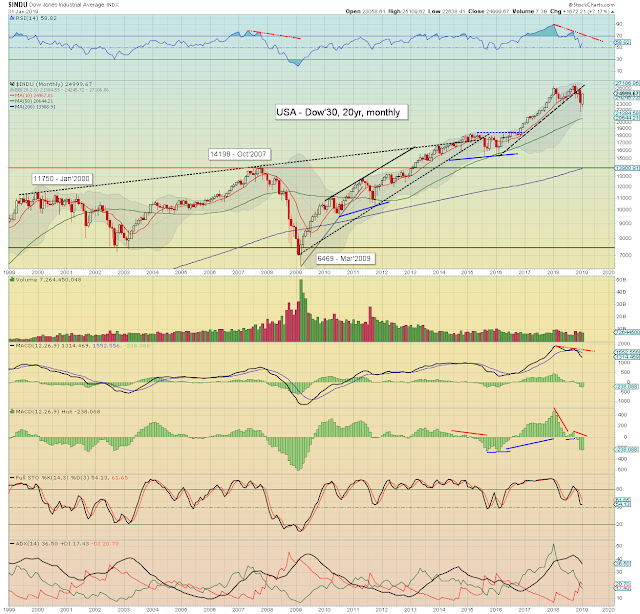 Keep in mind the Dec'2018 high of 25980. Unless the bulls can break/hold above 26k (to be decisive), the bulls should be concerned the January gain is just part of a bounce.

Best guess: February will be a fierce battleground, and on balance, should settle somewhere <25k. A break under the Dec' low of 21712 will be very difficult, and looks out of range until at least mid/late March.

The Fed appear set to announce a cut/adjustment to the QT program, perhaps as early as the FOMC of March'20th. Whilst that can be seen as a s/t upward kick to equities, it bodes badly for the mid/long term. A cut/suspension in QT is a precursor to a rate cut, the latter of which would be the ultimate equity sell signal. Right now, a rate cut appears no earlier than the FOMC of June 19th.
-- 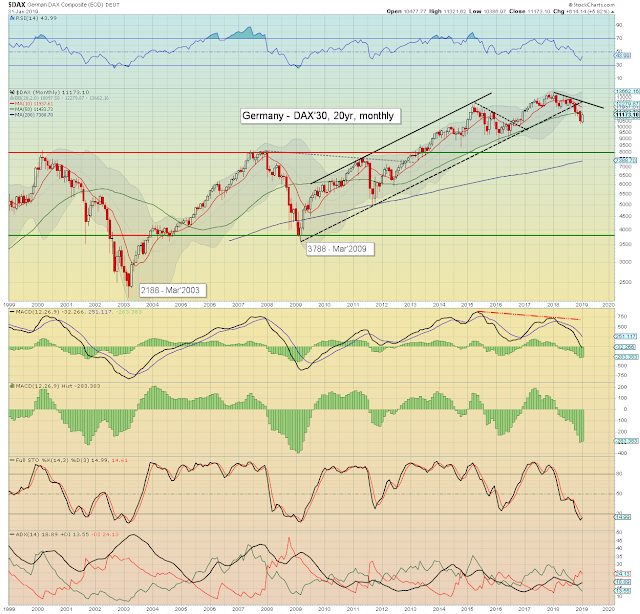 The first print for Q4 GDP is due Feb'14th, and if that is negative, it will deem the German economy as officially in recession. Where Germany goes... the rest of the EU can be expected to follow. 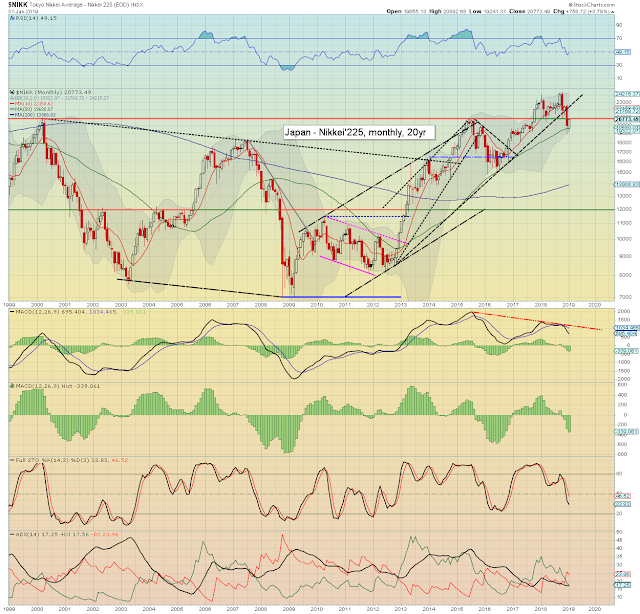 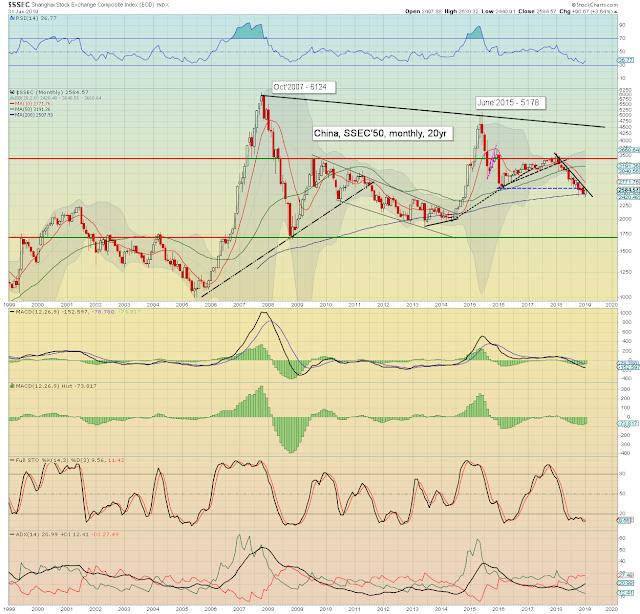 The Chinese market settled +90pts (3.6%) to 2584. The m/t declining trend remains intact. Price momentum remains negative. Note the key 10MA at 2771, until that is cleared, the communists have no justification to be bullish. 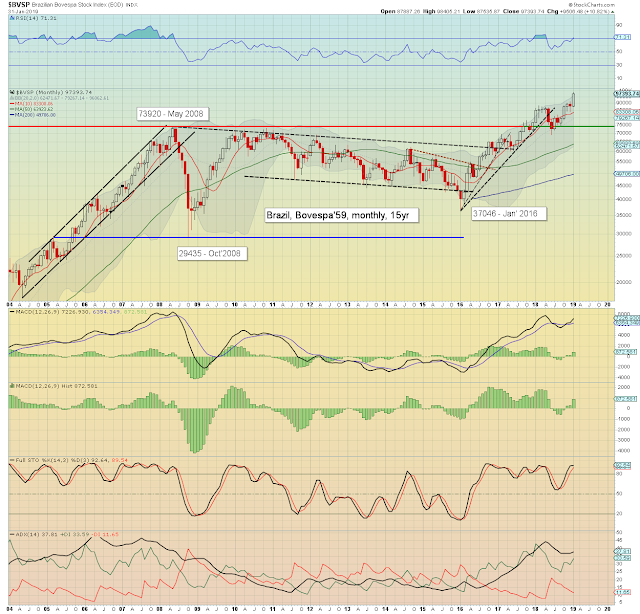 The Brazilian market broke a new historic high of 98405, settling +9506 (10.8%) at 97393. Price momentum continues to increasingly favour the bulls, as the giant 100k threshold is viable in the near term. I have to wonder, as the Bovespa approaches the monstrous psy' threshold of 100k, would the exchange not want to do a 10-1 split on this index? 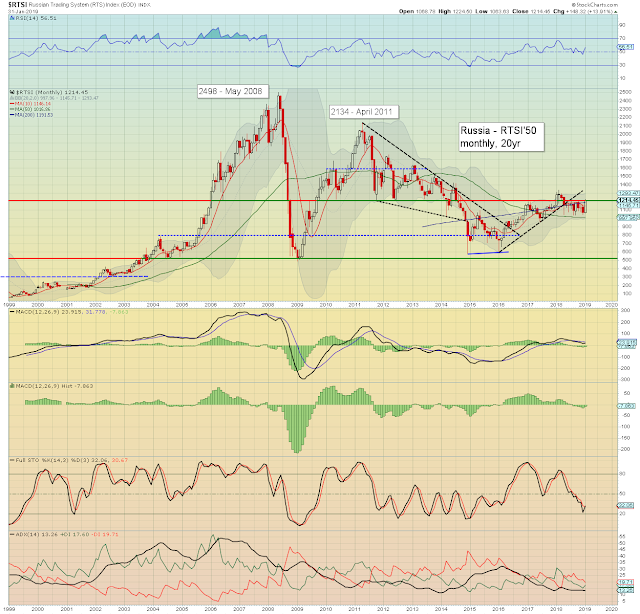 The Russian market was the strongest of the ten markets I regularly highlight, with a net January gain of 148pts (13.9%) to 1214. The January candle does have a little spike from around what is a very key price threshold. The Russian bulls (or should that be bears?) need to see slightly higher levels to make for a decisive breakout. 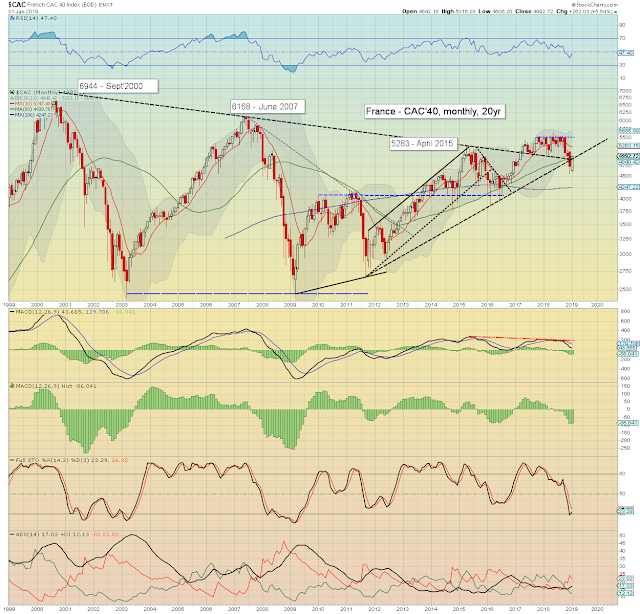 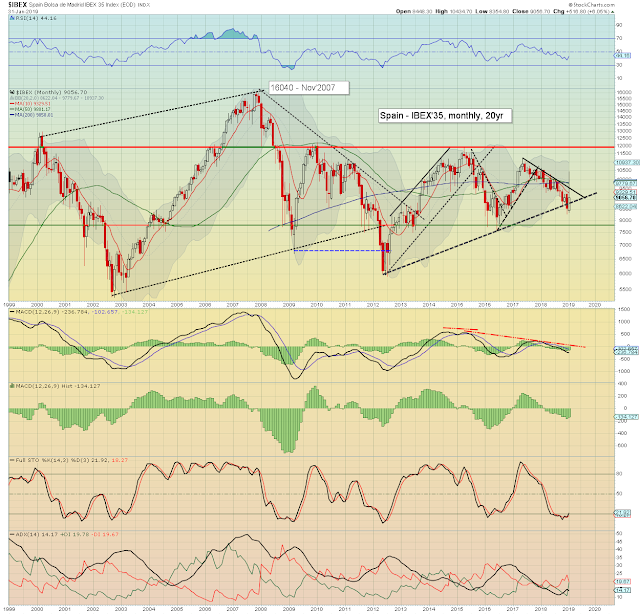 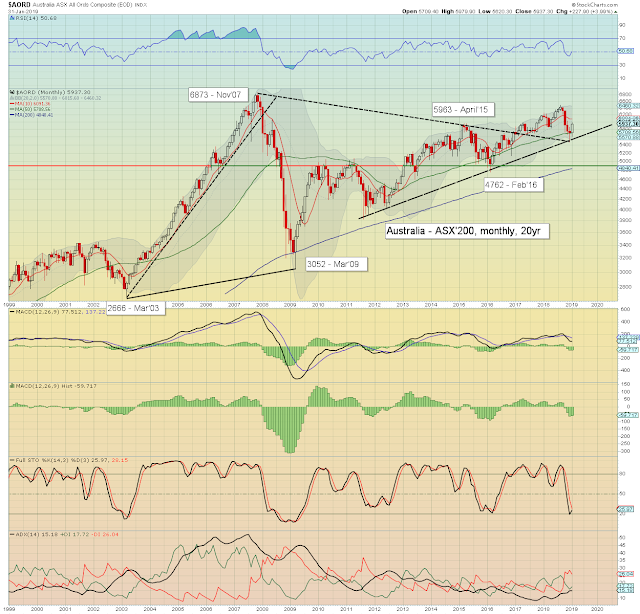 The Australian market bounce 227pts (4.0%) to 5937, but that was notably still under the key 10MA. Aussie bulls should be desperate for >6150, to make for a decisive bullish break. 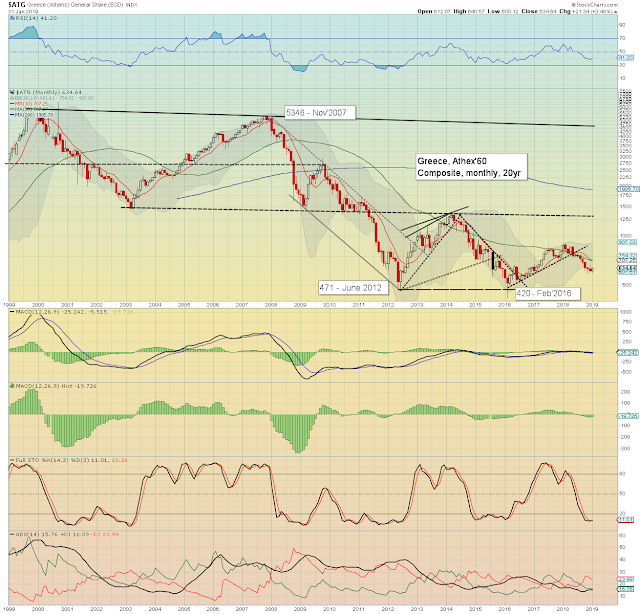 All ten markets were net higher for January.

Russia, Brazil, and the USA are leading the way back upward, with Japan, China, and Greece lagging.

Brazil was the only market to break a new historic high.

A busy week is ahead, not least with another truck load of earnings... 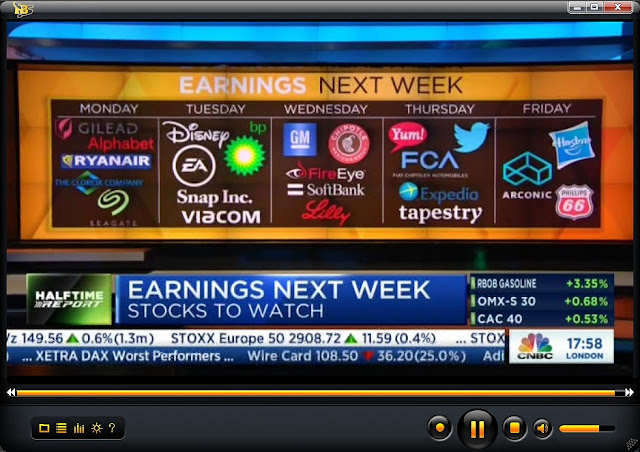 Tuesday 9pm EST: President Trump will give the State of the Union Address to a joint session of congress. That will last around an hour. Its very possible Trump will once again suggest an infrastructure bill, which would have (at least s/t) implications for some of the resource/industrial stocks.

If you value my work, subscribe to my intraday service.
For details, see Permabeardoomster.com 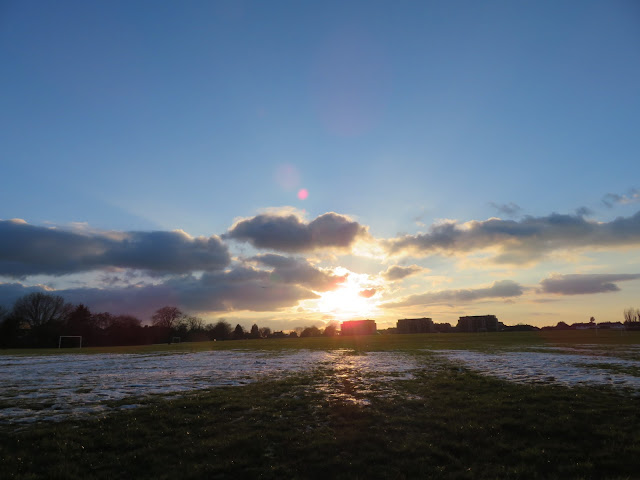 Have a good weekend
--
Posted by Trading Sunset at 17:00:00
Email ThisBlogThis!Share to TwitterShare to FacebookShare to Pinterest
Newer Posts Older Posts Home
Subscribe to: Posts (Atom)