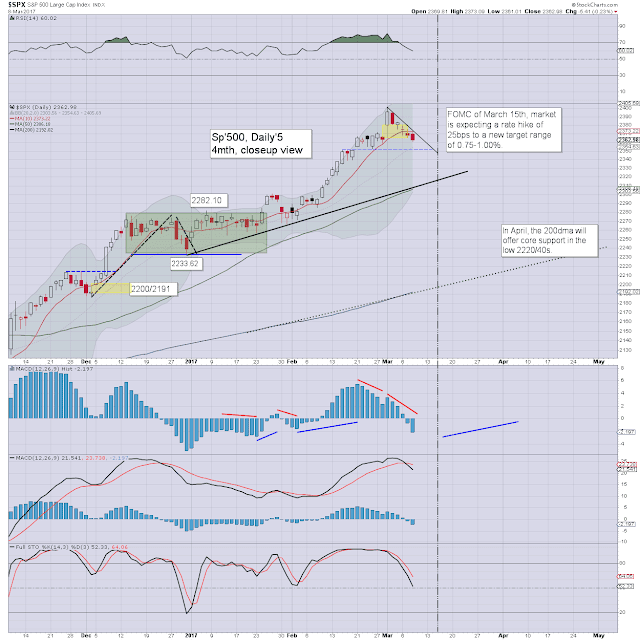 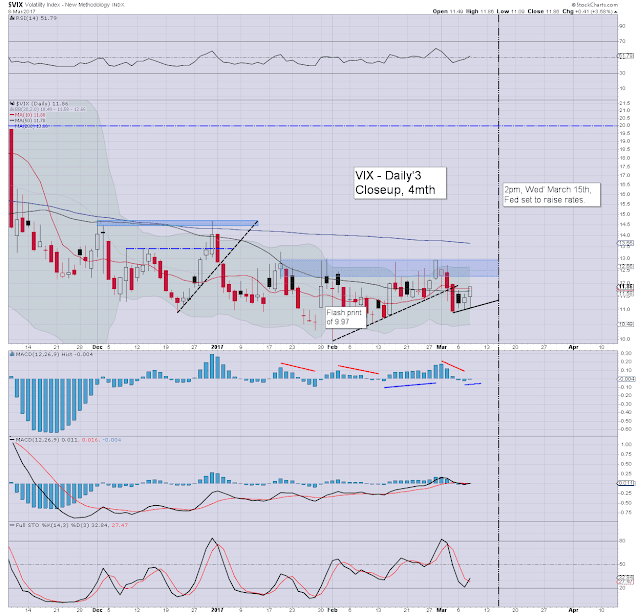 It was another pretty subdued day in equity land, with the sp'500 seeing a trading range of just 12pts (0.5%). Yes, short term price pressure is leaning weak, but the bears are still not able to muster anything significant.

VIX remains naturally subdued, still unable to even briefly trade in the low teens. If the market can rally on 'good jobs news is good news' this Friday, the 10s will be due into the weekend.
--

June 2016 increasingly looks to have marked a key multi-decade top in US bonds. With the election of Trump, we saw a clear break of rising trend. Since the Fed raised rates last December, price action has been choppy.. leaning a little to the upside. 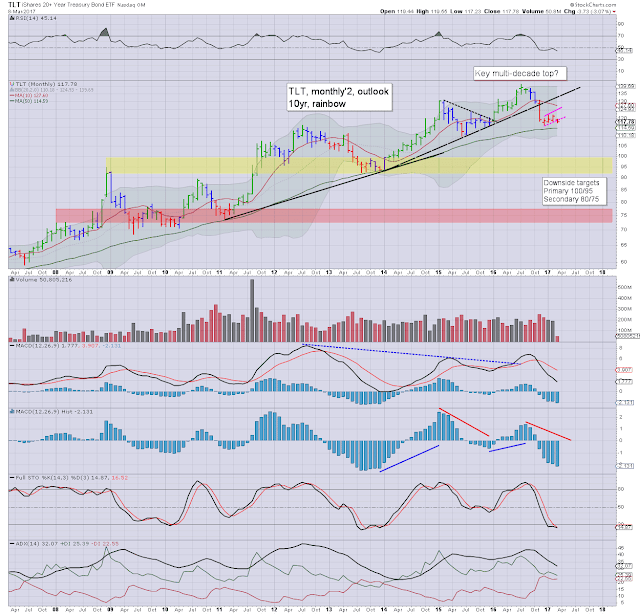 Price structure is a clear bear flag, and we're already seeing provisional confirmation of it with TLT in the $117s. First soft downside target is around $110. The $100 threshold* seems valid by year end.

*Its important to keep in mind that $100 is an arbitrary number, as TLT is an ETF, and there is some degree of inherent decay (via management fees etc).
--

In any case, the old issue remains... would you like some AAPL, BAC, INTC, or even F... or instead, does a US 10yr bond seem more attractive? Unless you think another major deflationary wave is due - with yields set to collapse, bonds are the last place to be headed. Although I'd agree, US bonds would be superior to anything on offer from the UK, EU, or anywhere in Asia.