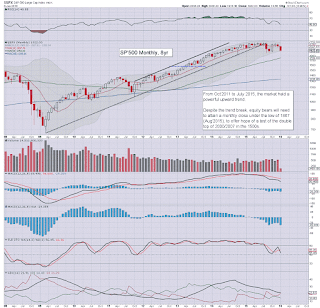 Underlying MACD (blue bar histogram) is now ticking lower, back to levels last seen in September. In theory, there is a viable 4-5 months of further weakness. So... an important equity low around May/June seems probable. Based on momentum downside potential, the sp'1600/1500s look viable.

At the current rate, the MACD (black line) will turn negative in April/May. The last time that happened... Sept'2008.

With a Friday close of 1922, there is high threat of a Monday gap lower under the 1900 threshold, in which case the Aug' low of 1867 becomes an immediate target.

Best guess... a floor in May/June.. somewhere in the 1650/1550 zone...before battling powerfully higher into year end. Whether the Fed will initiate QE4 to 'inspire' such a recovery... difficult to say.
-- 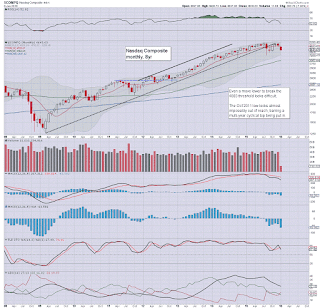 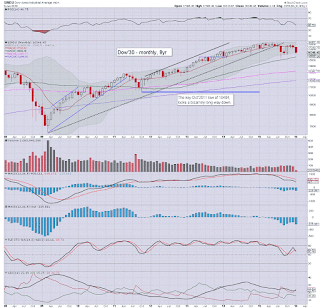 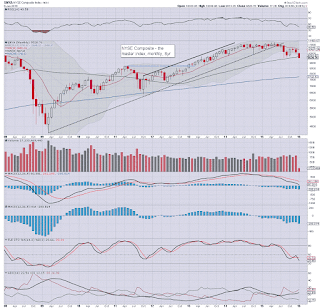 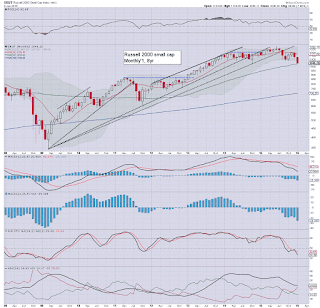 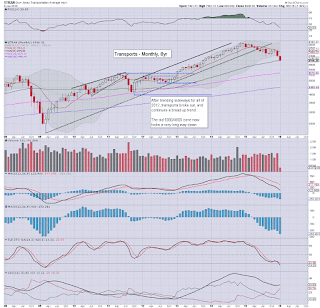 It was the most bearish opening week to a trading year.... EVER.

The weakness seen in the last few days of December was a key tell. As I noted last weekend, the monthly close was a bearish one... and indicative of the equity bulls having FAILED to break a new high.

There will clearly be strong counter rallies, but they should generally result in contributing to a series of lower highs.

The default trade is to the short side.
--

The week begins with very little, but does end with a wheel barrow of econ-data on Friday.

Friday is OPEX, so expect increasing chop into the weekly close.

*there are Fed officials across the week, notably Bullard on Thurs, and Dudley on Friday.

This weekend's post is number 10,000. When I began this blog in February 2012, I had only intended to post once a week (as I used to do on the Yahoo! ERX board)... but things immediately spiralled. I'm honestly not sure where these pages are headed.

In case a few of you are wondering, I do occasionally think of taking my intraday posting to a subscriber based model.... but I've no plans to do that at the moment.

At the rate I'm going, my post total could match the Dow later this year. Would that count as a bullish unicorn/rainbow cross?

Back at the Monday open, which could be rather exciting indeed :)
Posted by Trading Sunset at 17:00:00
Email ThisBlogThis!Share to TwitterShare to FacebookShare to Pinterest 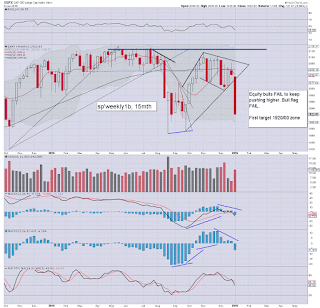 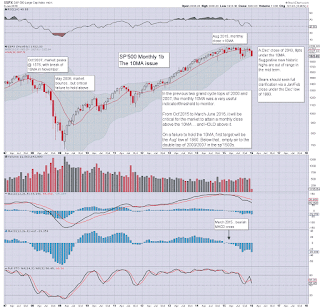 *note the monthly candle, falling away from the 10MA (2037)... and I don't expect to see the market back above the 10MA until late summer at the earliest.
--

Suffice to add, with December closing bearish across US and most world equity markets, it was not surprising to see further declines this week.


Does it bode well for the bears for the rest of the year?

Yes, and no. I hold to my outlook of broad weakness into the late spring/early summer, perhaps to the sp'1600/1500s... but then rallying into end year. Indeed, I'm looking for marginal new historic highs in the sp'500 by end year to 2185. 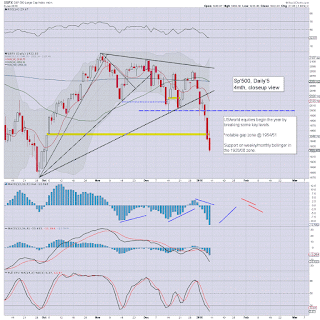 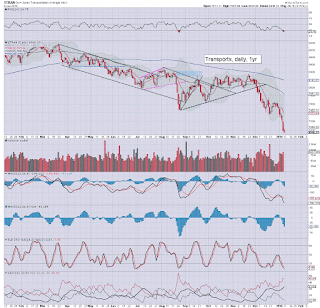 The daily/weekly close was very bearish, as the sp' hit the target zone of 1920/00. There is SERIOUS threat of an opening gap lower under the 1900 threshold.. with empty air to the Aug' low of 1867.

The market will likely see a floor next Mon/Tuesday... before battling upward (upside/bounce target will be dependent on where we floor).