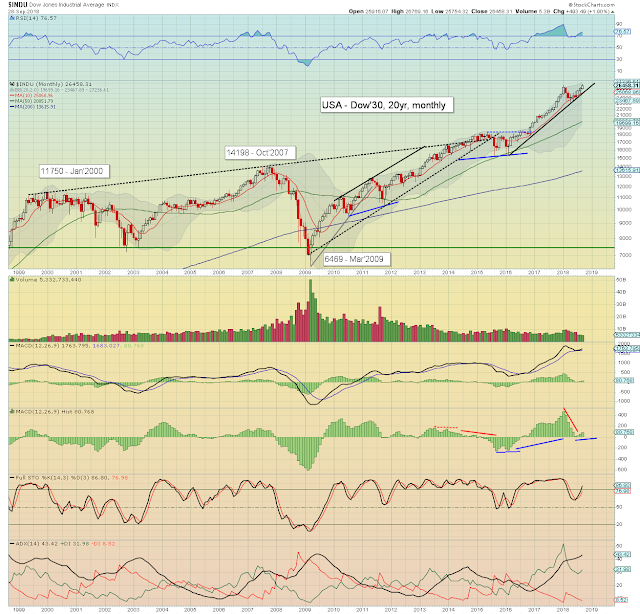 The equity bears have nothing to tout unless a monthly close under the 10MA and m/t rising trend, which are both rising around 210/220pts a month. By year end, core support will be around 25700/800.
-- 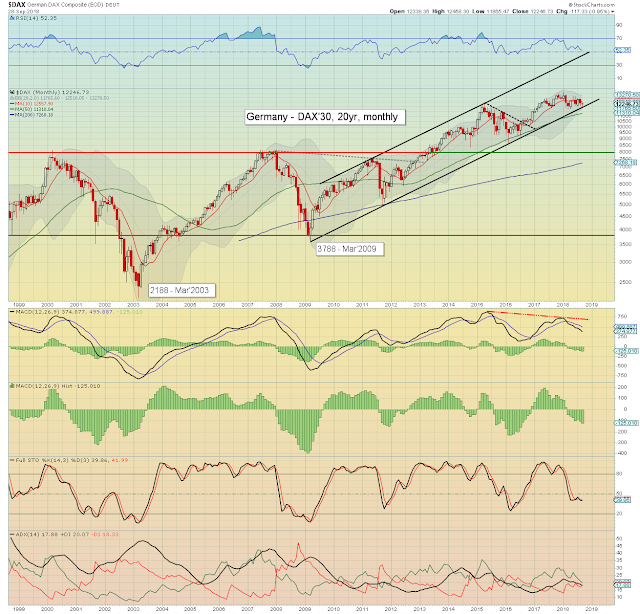 The economic powerhouse of the EU - Germany, saw a very mixed month. The DAX saw weakness to 11865, but rebounded to settle -0.9% at 12246. The bounce from l/t trend is perhaps the most noteworthy event in world equities this month. Clearly though, price action remains pretty choppy, and still leaning on the weaker side. The German bulls need a monthly close back above the 10MA, currently at 12557. To be decisive, the bulls need a push >13k, which would offer 15/16k by mid 2019. 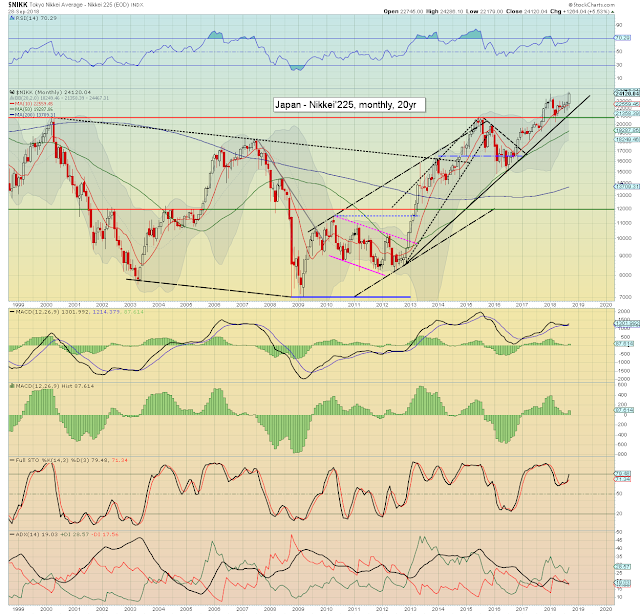 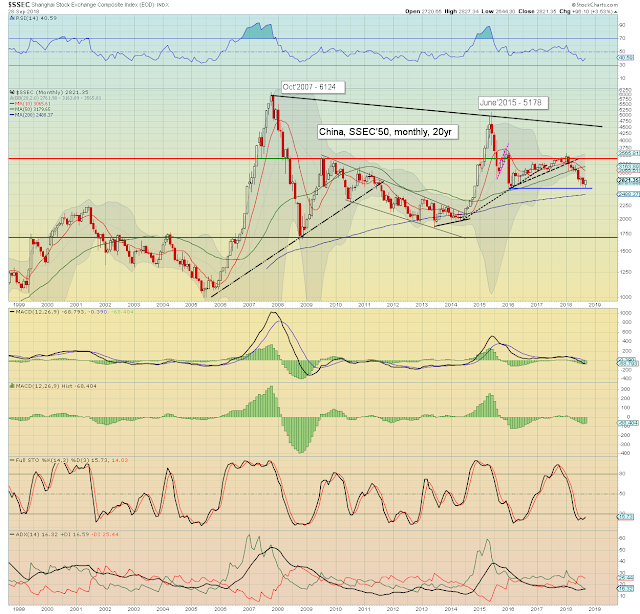 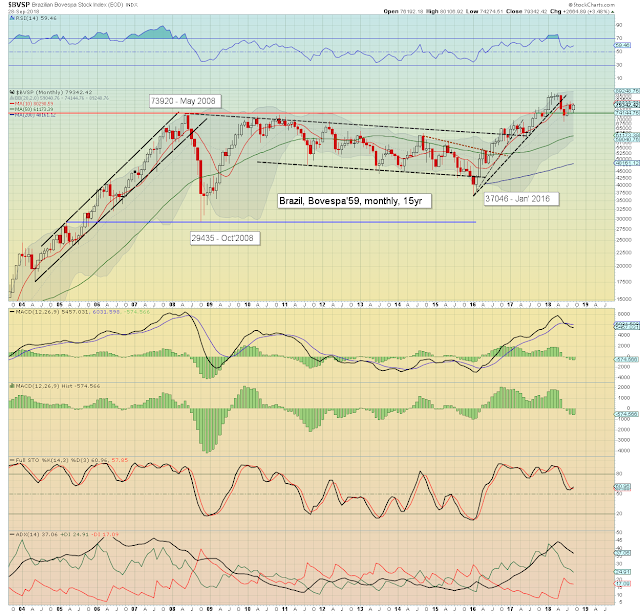 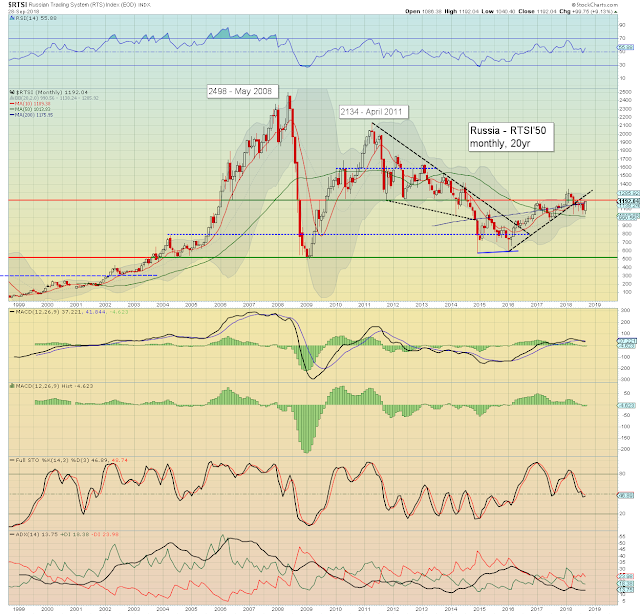 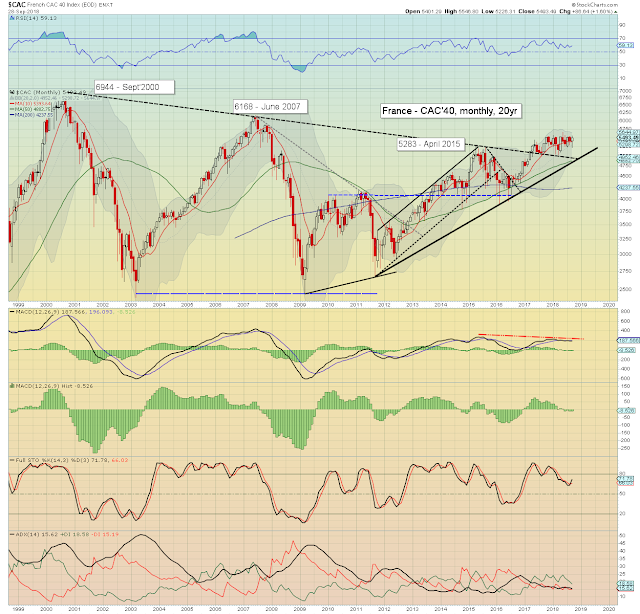 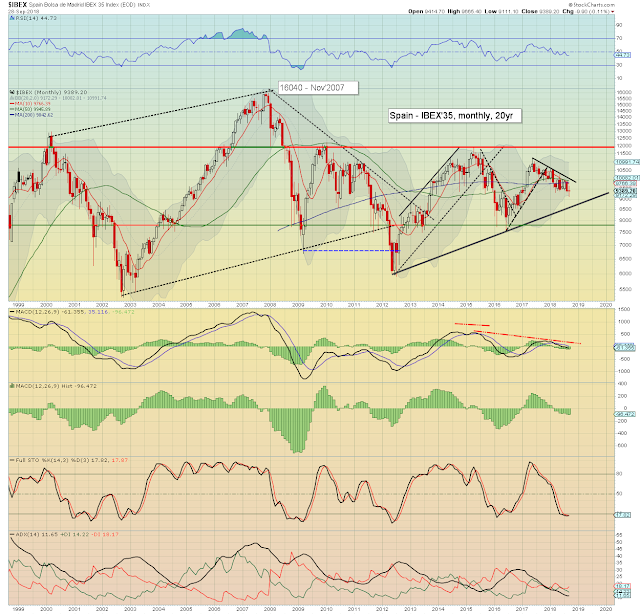 The Spanish market remains broadly choppy, still leaning on the weaker side. The IBEX settled -10pts (0.1%) to 9389. Things only turn bullish with a break above declining trend, which will be around the psy' 10k threshold in October. 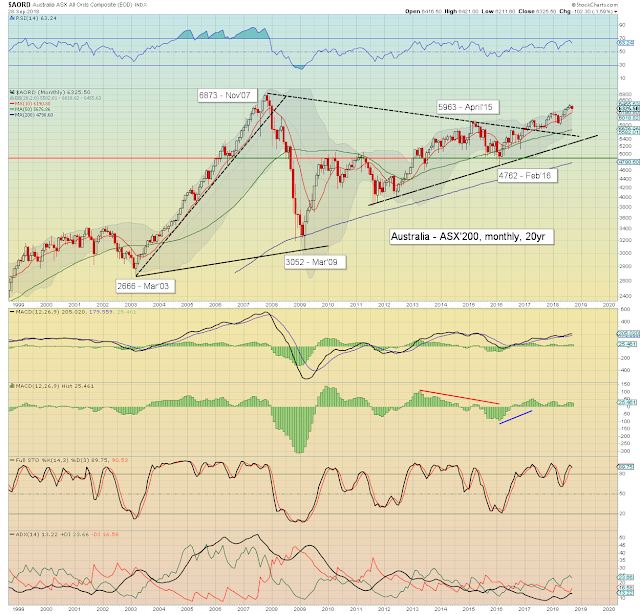 Australian equities saw the first net monthly decline since March, with the AORD -102pts (1.6%) to 6325. However, note the spike floor from the 10MA, which leans to renewed upside in October/Q4. Some strength in commodity prices would really help this market into year end. 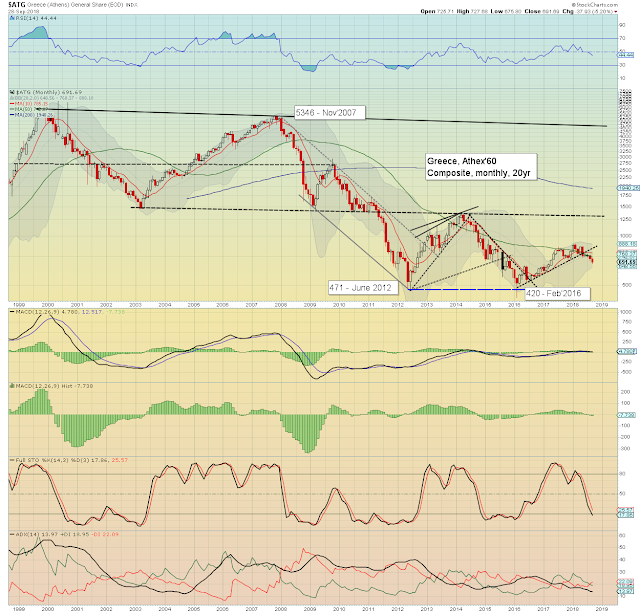 The economic basket-case of the EU -  Greece, saw the Athex fall for the 5th month of 8, settling -37pts (5.2%) to 691, the lowest monthly settlement since March 2017. Its notable that the Athex is -87.1% from the Nov'2007 high. An eventual exit from the Euro remains highly probable, along with a huge sovereign debt write off.
--

The US and Japan are leading the way higher, whilst Australia and Greece are lagging.

The German and Chinese markets are offering key m/t floors/turns. If that is the case, it bodes very well for most other world markets into year end, and arguably... across much of 2019.
--

*the next post on this page will likely appear 6pm EDT on Monday.
Posted by Trading Sunset at 17:00:00
Email ThisBlogThis!Share to TwitterShare to FacebookShare to Pinterest
Newer Posts Older Posts Home
Subscribe to: Posts (Atom)