A bounce is overdue 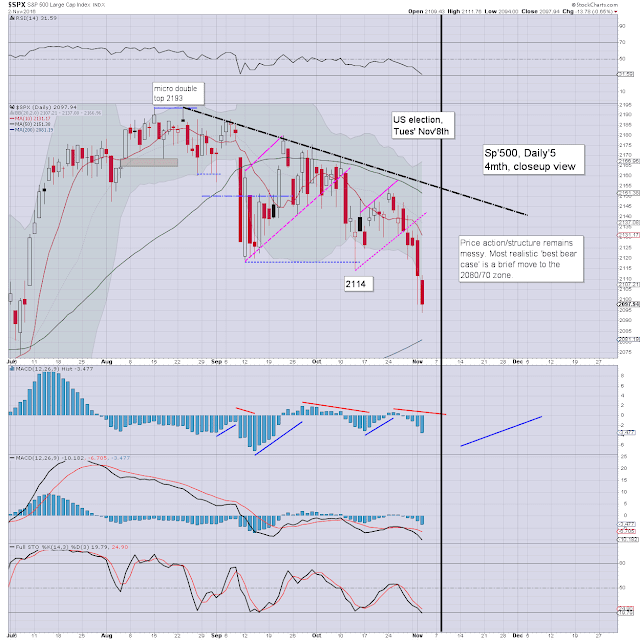 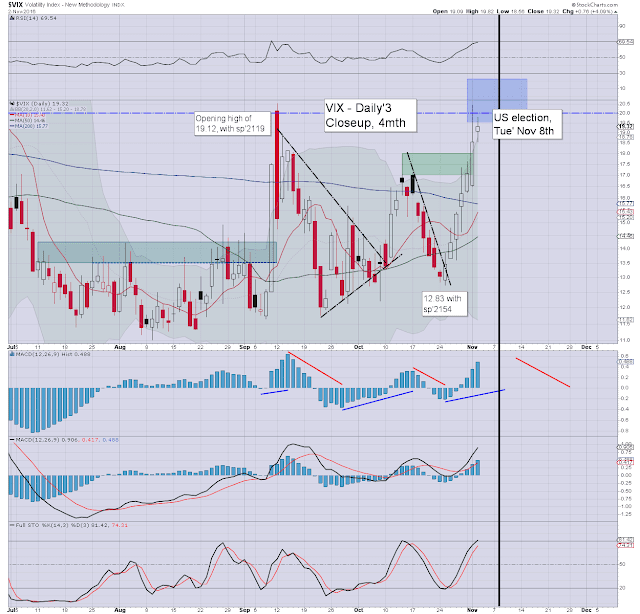 Another broadly bearish day. Opening moderately lower, an attempt at an opening reversal, but failing, with the market cooling into the afternoon. A clear spike floor from sp'2094, which made for a lower low, but the VIX did not confirm, seeing a marginally lower high of 19.82.

For the wave counters out there, yes.. you can count 5 waves, and we're unquestionably due a multi-day bounce.


Stagflation for the UK 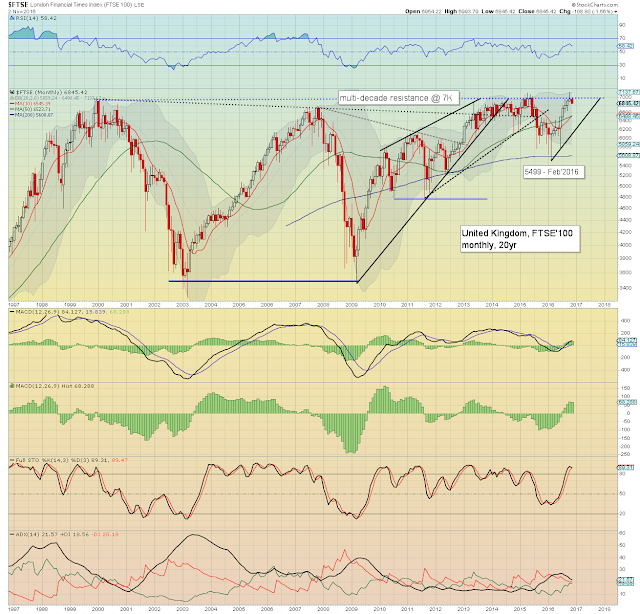 The October candle was a little bearish with the spike.. not least a touch under the 7K threshold. The current monthly candle is already starting to look a little ugly. A monthly close under the 10MA in the 6500s looks difficult, but still.. the news in the UK ain't great.

There has been a great deal of chatter in the past few days about how inflation is now expected to hit 4% in 2017. Many further expect some degree of economic drag from the continuing BREXIT process that really hasn't even begun.

What are the BoE going to do? Would they dare raise rates to curtail inflation, despite an economy that they themselves deem vulnerable? No. Instead... the BoE will keep printing, keep rates low, and blame the weak pound for rising prices... something that further monetary easing would only worsen.