US equity indexes closed moderately higher, sp +11pts @ 2349. The two leaders - Trans/R2K, settled higher by 1.2% and 0.5% respectively. VIX settled +11.4% @ 11.97. Near term outlook offers nothing to the bears, as underlying price pressure remains 'scary strong'. Next realistic opportunity of a turn is likely no earlier than first week of March, after the President's SOTU speech. 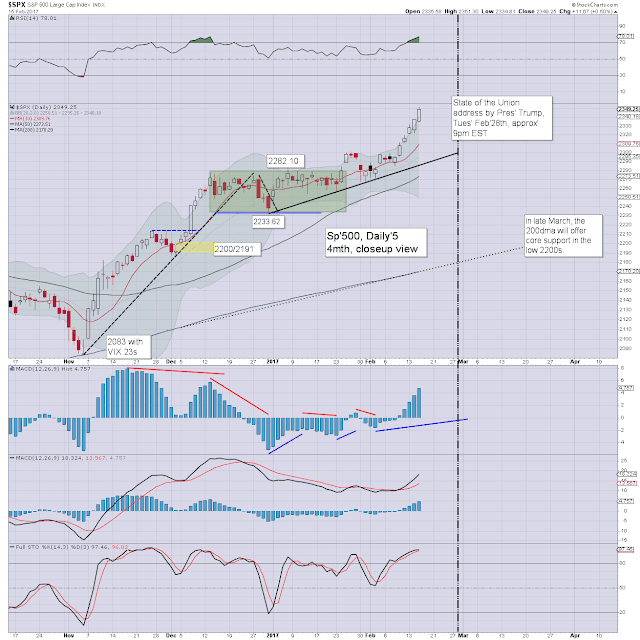 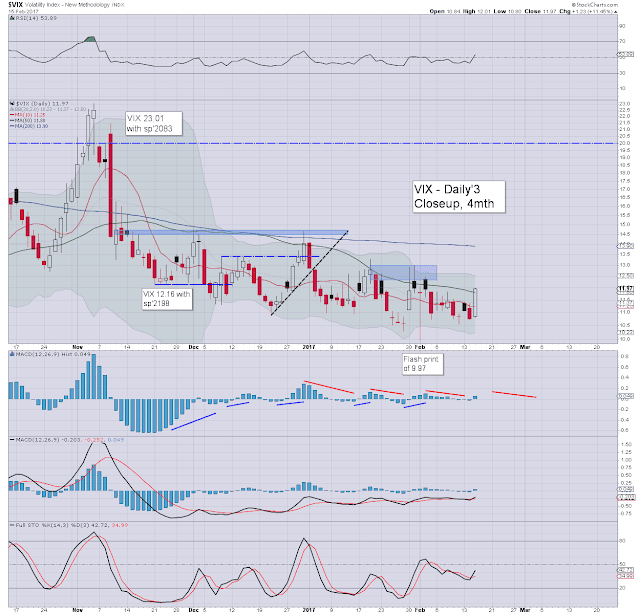 It was just another day for the equity bulls, with new historic highs in all six of the main indexes I regularly highlight.

VIX was significantly net higher, but that was almost entirely because front month VIX has rolled from Feb' to March... which is always going to be inherently higher.
-

Watching clown finance TV this lunch time, it was particularly amusing to see further talk about how 'higher rates are GOOD'. It never fails to surprise me how the mainstream seem to be oblivious to what they used to say in the recent past.

Remember how last October the talk was about whether the Fed would dare hike at the Dec' FOMC? Of course, the same people never saw a Trump victory, and still seem to have ZERO perspective on the giant breakouts in financials, copper... and a number of other things.

So.. the bullish train continues, and with few willing sellers, underlying price momentum is accelerating. Sure, a 5% retrace is still on the menu this spring, but we're now barely 2% from the 2400s.