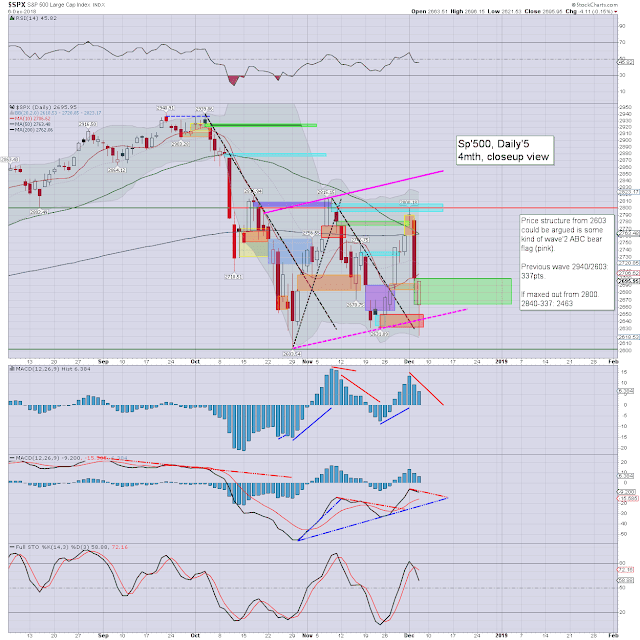 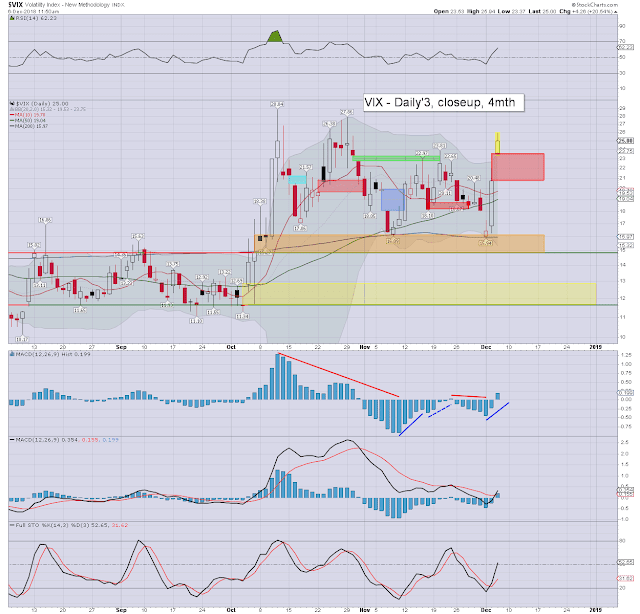 US equities opened significantly lower, not helped via the Huawai news. Late morning saw 2621 - notably under the recent 2631 low, whilst the afternoon saw an overdue powerful bounce. There was clearly a short-stop cascade into the close.

Volatility saw a high of 25.94, but with an afternoon equity ramp, settling in the 21s. The daily candle is a hollow red reversal with a hyper spike floor. That does lean s/t bullish, but with big resistance in the 2720/30s. For the record, I do not expect any price action >2800 for the remainder of the year.

First, I recognise most of you don't care much (if anything) about the bond market. However, it does have huge ramifications for everything, including the equity market.

Powell's speech last Wednesday resulted in an equity pop, with further inspiration via Trump overnight Sunday/Monday. The novelty of both though has already fully worn off, and the market looks extremely vulnerable into year end/early 2019. 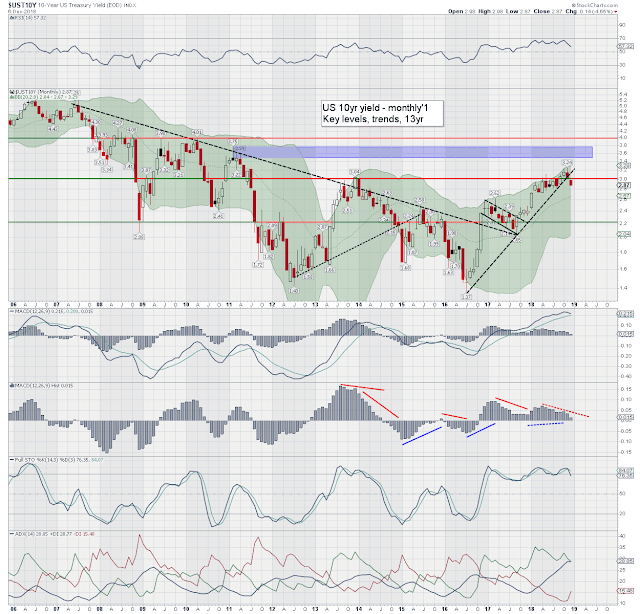 If that downside target is seen within the next few months, it won't be good for equities. Higher bonds/lower yields, are inherently bearish for equities. Right now, a test of the Feb' low of sp'2532 appears probable, with secondary target of the mid 2400s, where the lower monthly bollinger will be lurking in January.
-- 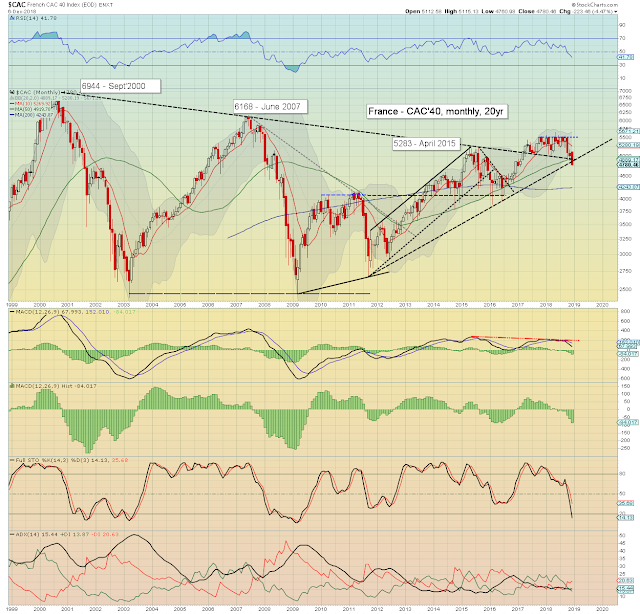 The CAC is currently -4.5% at 4780. Its a decisive break of l/t trend, and offers far lower levels in 2019. The more bearish could seek 3K. This Saturday will see further protests in Paris and across France, as the populace are increasingly upset about a wide array of issues.