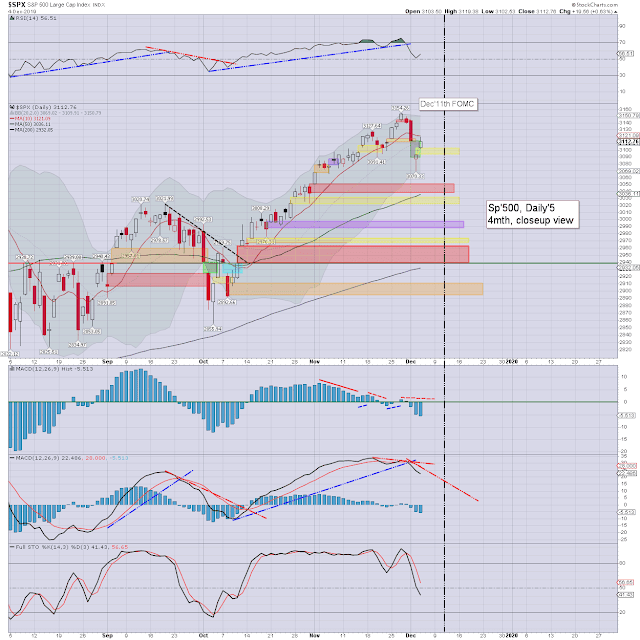 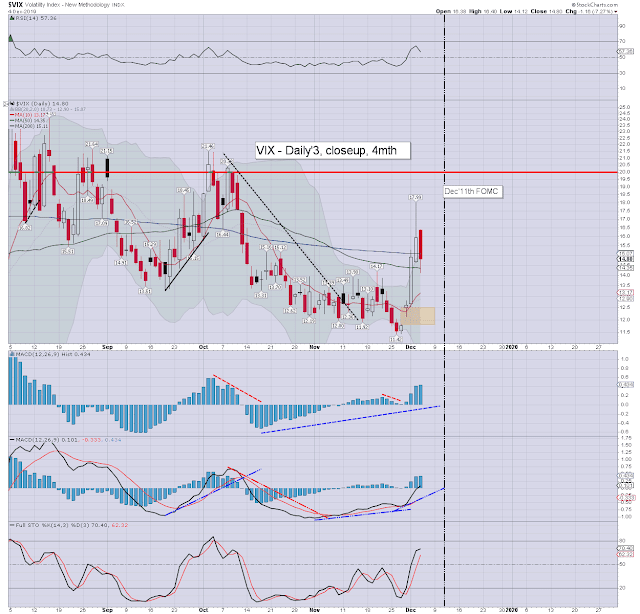 US equities opened moderately higher, on an especially spurious Bloomberg report on 'trade deal optimism'. After the initial gains, the market slipped into minor chop mode, which continued into late afternoon.


Meanwhile, the Gundlach is doing the media rounds into year end...

Whether you like the guy or not, I'd argue it merits watching, if only to dismiss it. 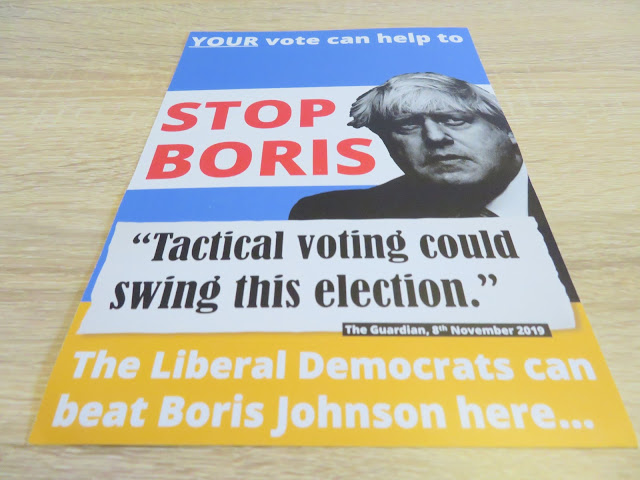 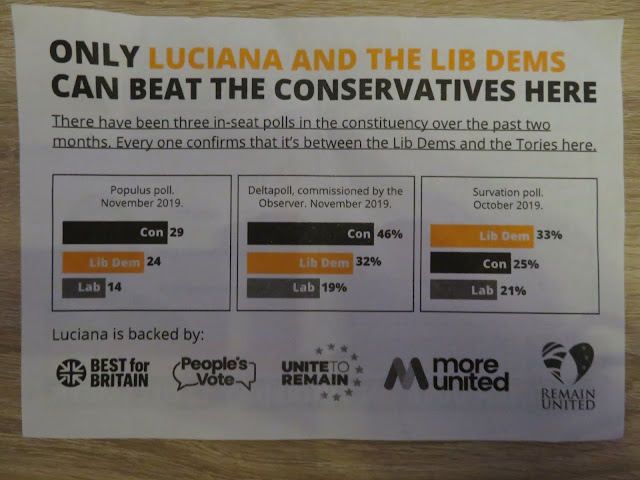 ... two pieces today, both from the Liberal democrats, who are directly calling for tactical voting. Note they are part of the 'people's vote' and various 'remain' campaign groups.

If Johnson/Conservatives fail to achieve a clear majority, a Labour/Lib' dem' coalition would tag a popular vote onto a BREXIT bill, and its clear what the outcome of that would be.
*the UK election will be Dec'12th.
--